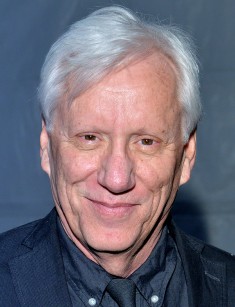 James Woods is a famous American actor who can play any role, be it an alcoholic, a murderer, a righteous policeman, or a lawyer. James has repeatedly won prestigious awards for his acting. His credits include the Emmy, Golden Globe and Young Hollywood Awards.

James Woods was born on April 18, 1947, in Vernal, Utah. The boy and his younger brother grew up in an average family. The actor’s father, Gail Peyton, was an army intelligence officer, and his mother Martha Smith worked in a pre-school institution.

Gail, who was also a devout Catholic, raised his oldest son in a strict environment, which affected little James who suffered from phobias, inferiority complexes, and fears. The boy lacked self-confidence, suffered from hyperarticulation; thus, he could not make friends.

But on the other hand, the authoritarian parenting bore fruit because James was one of the best students at the school, he did his homework diligently, and also managed to score the highest mark in English at the final exam.

In 1960, Gail died after routine surgery, so a stepfather raised the boy. It is known that after graduation from school, Woods entered the Massachusetts Institute of Technology, where he studied political science, although he had previously thought to connect his life with medicine and become an eye surgeon.

At the university, James showed himself as an active student. The young man participated with pleasure in a local drama group and directed theatre productions. Therefore, it is not surprising that in the end, James gave up his political science to pursue an acting career and moved to New York City to conquer the show business.

James Woods began his acting career in 1972, and the young man managed to make his debut playing in two movies at once: Hickey & Boggs and The Visitors by Elia Kazan. After a successful appearance in front of the camera, James Woods has filmed almost every year.

If one wants to list the entire filmography of the famous actor, then the whole book is not enough, because James’s credits have more than 120 different movies: dramas, comedies, and even blood-chilling horror films.

In 1984, James Woods was lucky to take part in Sergio Leone's cult film Once Upon a Time in America, where he delighted the avid moviegoers with his acting. The plot of this film centers on friends from the Jewish quarter who are obsessed with the American dream.

Woods played Maximilian Bercovicz, who had the idea to rob a bank in New York City. It is worth mentioning that James worked on the same set with cinema gurus such as Robert De Niro, Elizabeth McGovern, James Hayden, Joe Pesci, Treat Williams, and other stars.

In 1986, Woods got one more significant role. He played the title character in Oliver Stone’s drama Salvador. James portrayed a bold correspondent, Richard Boyle, who wrote articles in the world's trouble spots, but he was fired due to alcohol abuse. James Belushi, Michael Murphy, John Savage, and Elpidia Carrillo also played the leading roles.

Two years later, in 1988, James Woods played a detective in the crime drama Cop. The plot of this film is simple and non-trivial. The brave detective, Lloyd Hopkins, is trying to solve a brutal murder and find out all the details of the crime.

It is noteworthy that the Russian film critic, Sergey Kudryavtsev, wrote in the personal film encyclopedia “3500” that James Woods tried to change the popular theme of the police films and made his character “realistic." The actor imbued the protagonist with simple human qualities that are typical for every person.

In 1985, Woods appeared in the horror film based on Stephen King’s novel “Cat's Eye," and in 1989, the actor played in the drama My Name Is Bill W., where he appeared as the creator of the first Alcoholics Anonymous.

By the way, every fan of the animated series Family Guy, probably, remembers that James Woods appeared in some episodes, playing a bad guy. The reason is that the school which the younger children, Chris and Meg, attend is named after the actor.

The series is set in the state of Rhode Island, where Woods spent his childhood. James liked that his name was mentioned in the cartoon, and he also wanted to take part in the series. So, the creator of the series Family Guy, Seth MacFarlane, did not wish to indue the heroes with positive qualities. Therefore, the actor laughs at himself, voicing animated James Woods.

It is also known that in 2001, the handsome actor (James is 180 cm tall) took part in the comedy Scary Movie 2, where Anna Faris, Tim Curry, Regina Hall, and Marlon Wayans also played. In this film, Woods played a bit part of a priest who appeared at the beginning of the comedy that parodied the horror film The Exorcist.

However, Marlon Brando could have got the role of Father McFeely, but shortly before the shooting, he fell ill with pneumonia. The directors also suggested Charlton Heston play a church minister, but he refused to participate in the film.

In 2005, James appeared in the comedy Be Cool, produced by Danny DeVito. John Travolta, Uma Thurman , Vince Vaughn, André Benjamin, and Dwayne Johnson also participated in the film. One year later, the actor's filmography included another drama. This time he appeared in the film Shark (2006), where he played a former attorney, Sebastian Stark, who after the successful defense, becomes a public prosecutor.

After the drama Shark, Woods did not appear on television for five years. In 2011, he participated in the film Straw Dogs, then played in White House Down and the TV series Ray Donovan. In 2015, James appeared in the action thriller movie Gridlocked, where he worked on the same set with Dominic Purcell, Danny Glover, Stephen Lang, Vinnie Jones, and other actors.

It is worth mentioning that James Woods has a high IQ. His IQ is 180, while theoretical physicist Einstein’s result was 160, and the IQ of the fictional character in Sheldon Cooper's The Big Bang Theory (Jim Parsons) was 187.

There are rumors that James Woods is stubborn, which has become a stumbling block in the actor's personal life. Journalists say that James does not like to communicate, and feminists have pigeonholed him as a woman-hater.

Woods has been married twice, but he hardly had any pleasant memories of his relationship. After the breakup with his wife Sarah Owen, Woods was involved in a scandal. She accused him of domestic violence, and he, in turn, said that the wife was a swindler.

James’s biography also has an unpleasant incident with actress Sean Young, who accused her colleague of harassment. At the same time, Woods countersued her citing the persecution. There were rumors that James also dated Ashley Madison, who was 40 years younger than her boyfriend. According to media reports, the actor has no children.

In 2017, James Woods celebrated his 70th birthday. In 2016, James had a voice role in the superhero animated series Justice League Action. 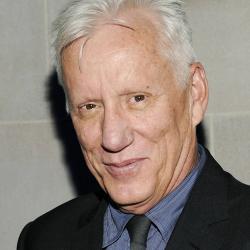