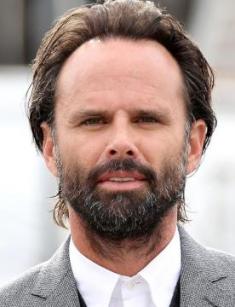 The whole world was looking forward to watching Quentin Tarantino’s The Hateful Eight. The premiere took place in 2015 and brought much fun to the director’s fans. It also made the actor Walton Goggins, who played Chris Mannix, famous.

Walton Sanders Goggins Jr. was born on November 10, 1971, in Birmingham, Alabama. The boy grew up in Lithia Springs, Georgia, in a restored farmhouse built in the 1880s, and graduated from the local school in 1989.

The actor does not talk much about his family. His aunt and uncle are theater actors; another aunt is a publicist. The boy’s grandmother was the post office owner and also brought up her grandson.

One day, Goggins told journalists a childhood story: he was a fifth-grade student and played baseball; his teeth were knocked out, and the kid was hospitalized. It took a year to recover. Soon, Walton slipped down, fell, and damaged his teeth again. Dentists had to undertake a full reconstruction of the future actor’s teeth, so he has his radiant smile now. Whether the story is true or Goggins just cracked a joke is unknown.

The boy showed his interest in cinematography at 12 and took the first step to make his dream come true at 19, when he left for Los Angeles.

The artist began his career from episodic parts in little-known directors’ projects. One day, he met the actor Ray McKinnon at the movie set of Murder in Mississippi. Soon, Walton’s career improved a little; he had seven episodic parts in 1992-2000.

In 2001, Goggins tried himself as a producer and worked on the short movie The Accountant that gained the Academy Award for Best Short Subject. Although the man was not named as the official winner, he took the award along with Ray McKinnon and Lisa Blount. The next project, the TV series The Shield (2002-2008), brought one of the most successful roles of Walton.

In 2007, Goggins appeared in an episode of CSI; one could also see him in House of 1000 Corpses, The Bourne Identity, and so on.

Apart from acting, Walton Goggins is a director; he owns the producing company Ginny Mule Pictures with Ray McKinnon. They have presented four projects: the short movie The Accountant (the Oscar winner), Chrystal (Sundance Dramatic Competition), Randy and the Mob, and That Evening Sun (the winner of the South by Southwest Special Jury Prize). Goggins collaborated with McKinnon in the new TV show Rectify; he was supposed to play the main character, and the AMC channel bought the pilot script created by McKinnon.

In 2012, the artist personified Venus Van Dam in Sons of Anarchy; the next year brought the role of Billy Crash in Quentin Tarantino’s western movie Django Unchained; this is when Walton received much appreciation and recognition. The next peak of popularity came with another Tarantino’s work, The Hateful Eight (2015); the actor was given the role of the sheriff Chris Mannix.

Despite his popularity, the actor had to face a personal tragedy: his first wife, Leanne, had depression and committed suicide in 2004. There is no information about the man’s relationships with women after Leanne’s death.

In 2011, Goggins married the director and screenwriter Nadia Conners.

The artist likes to dive and travel. When he had a journey in India, Goggins took up photography and posted some of his works on his blog.

In 2008, the actor supported the Democratic Party during the presidential elections and ran a campaign for Barack Obama. Before that, Walton supported the politics of Jimmy Carter, who came from his home state, Georgia.

Goggins is known for his work for non-commercial organizations and regularly participates in Global Green USA events. He draws much attention to ecology. Nadia Conners is also an active proponent of environmental protection; she worked as a screenwriter for the documentary The 11th Hour about the ecological crisis.

2018 brought three movies starring the actor; the action Maze Runner: The Death Cure and the adventure action Tomb Raider were among them. The latter project gave the role of Mathias Vogel. Angelina Jolie, who had played in the 2008 movie, rejected the offer, and Alicia Vikander (Gerda in The Danish Girl) replaced her. In June 2018, the next movie of the Marvel cinematic universe, Ant-Man and the Wasp, came out; the actor played Sonny Burch.