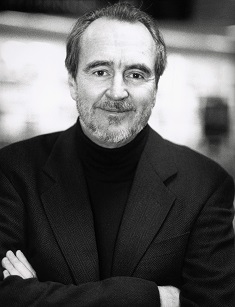 Wesley Earl Craven was a great author and filmmaker who owned a big horror collection. That is why he was always called a horror film director. Craven has won various awards, including two Critics Awards for his films, The Hills Have Eyes (1977) and A Nightmare on Elm Street (1984). The director died on August 30, 2015.

Wesley Craven was born in Ohio in 1939. His parents were Caroline and Paul Eugene Craven. Wes got two degrees: in English and psychology at the Wheaton College and in philosophy and writing at the Johns Hopkins University.

After graduation, Craven has worked as a teacher at Westminster College, Clarkson College of Technology and Madrid-Waddington High School. At the same time, he bought a 16 mm film camera and started making short movies. Wes was friends with Steve Chapin whose brother, Harry, worked at the New York City film production. Craven began working here as a sound editor.

Craven has found himself in the world of pornography, the job of a film director in this field turned out to be rather lucrative. His first movie was The Last House on the Left (1972). Wes expected that this film would be shown at a few theaters. Eventually, it was screened much more widely, and Wes was criticized because of the content of this film.

After this unsuccessful moment, Craven decided to leave the horror genre, and that is how he started writing non-horror movies together with his partner Sean S. Cunningham, who also was a producer of Craven’s debut film. However, these projects did not attract financial backing. After all this experience, Craven started writing a new horror movie based on the Nevada deserts because one of his friends told him that this location is easy to film. As a result of this, Wes released The Hills Have Eyes (1977).

That was the moment when Craven got the name of a “horror film director." By the way, Wes was often compared with John Carpenter, another film director who also has left his mark on the horror movie genre.

Craven has also worked as an actor himself. His most famous roles were in the films Jay, and Silent Bob Strike Back (2001)

Besides filming, Craven has also written two books and created the comic book series together with Steve Niles. The comics were called Coming of Rage; it was released in 2014 in digital form and 2015 in a print edition.

Craven has been married three times. With his first wife, Bonnie Broecker, he had a son, Jonathan (born in 1965), and a daughter, Jessica (born in 1968). Jonathan is a producer, and Jessica is a singer-songwriter in the band “the Chapin Sisters," which is managed by John. In 1970, the spouses got divorced, and in 1982 Wes married an actress Mimi Craven. His next marriage happened in 2004 with Iya Labunka who was a producer for some of Craven's films. Their union ended when Wes died in 2015.

In summer 2015, Craven turned 76 years old. On August 30, he died at home in Los Angeles. The death cause turned out to be brain cancer.

The death of such a talented filmmaker shocked a lot of people who have watched his movies since childhood. Various actors paid tribute to Craven: Johnny Depp, Courteney Cox, Heather Langenkamp, and others. Johnny Depp, by the way, was discovered by Wes. Depp’s first major role was Glen Lantz in Craven’s A Nightmare on Elm Street (among other characters were Freddy Krueger who was played by Robert Englund).

The 10th episode of Scream, slasher television series, was dedicated to Wes, in his memory.

Craven has written only two books: