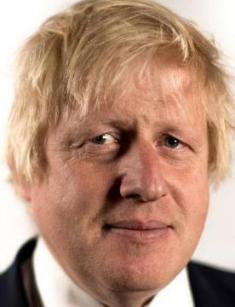 Boris Johnson is a controversial figure in British politics. The former mayor of London and Foreign Secretary is notorious for his eccentric behavior and lack of political correctness. Journalists call him a unique mixture of a comedian, intellectual, fraud, and showman. Johnson developed his reputation as a brand on purpose. Having gained international fame, he managed to climb on top of the career ladder.

British politician Alexander Boris de Pfeffel Johnson was born in the United States even though his parents came from Britain. Boris was born in 1964 in New York and had dual citizenship, being registered by the British Consulate. The politician has an impressive pedigree, among his ancestors there are Circassians, Turks, Jews, Britts, and Frenchmen. Johnson's great-grandfather served as the Grand Vizier in the Ottoman Empire, and his grandfather fought for human rights in the European Commission.

Stanley Johnson, the father of the future mayor, was engaged in politics and journalism and studied economics at Columbia University in the United States. His mother, artist Charlotte Fawcett belonged to the descendants of King George II of Great Britain. The couple brought up for children: the politician has a sister, Rachel, and brothers Leo and Joseph. The Johnsons moved a lot, and before reaching the age of ten, the boy managed to live for a while in Oxford, Washington, Connecticut, Exmoor, London, and Brussels.

Boris was a quiet and diligent child who suffered from deafness and had to undergo several surgeries. Brothers and sisters were all pretty close, and maybe that was why the boy did not need any friends. The kid received primary education at London Primrose Hill Primary School, and then at a school in Brussels where he learned to speak French fluently.

In 1975, because of the mother's illness, the children were sent to a boarding school in East Sussex. There Boris mastered ancient Greek and Latin, and also began to play Rugby. At the age of thirteen, the boy decided to convert from Catholicism to Anglicanism on his own.

As a teenager, Boris already showed eccentricity, becoming a famous person at Eton College. The guy was considered smug and undisciplined, but it did not affect his academic performance. He headed the school newspaper and debate club, excelled in the study of languages and literature.

In 1983 Boris entered Oxford for a course of classical literature and received a scholarship. In his youth, the guy was in charge of the editorial office of the University satirical magazine and even became President of the Student Union in 1984.

After finishing his studies at the University, the graduate started building a career in journalism, having landed a job as a reporter for The Times. However, he was fired for falsification of quotes. Since 1989 Boris worked as an editor in the Brussels Daily Telegraph. Johnson's controversial articles set the tone and influenced the political reputation of some European parties.

Having returned to London in 1994, Boris had the intention of becoming a military journalist. However, the editor insisted that Johnson should keep writing political columns. Johnson became a columnist at The Spectator where he worked till 2005 and for the last five years held the position of editor-in-chief.

In 1999, the man worked together with GQ magazine, where he led a car-related column. Boris also worked on television, taking part in such shows as Have I Got News For You, Top Gear, Parkinson, Breakfast with Frost and Question Time.

Johnson's political biography started in 2001 when he landed a seat in the House of Commons in the British government. The man represented the Conservative Party, where he soon gained popularity and influence and began to hold the position of vice-chairman. At the same time, Boris became a Member of Parliament and retained his seat till 2008. A scandal involving an illegitimate child cast doubt on the reputation of the man. Because of this fact, he had to resign from his leadership position in the party.

In 2007, Johnson announced the decision to run for mayor of London and in 2008, beating his opponents in both tours, became the mayor for eight years, having served two terms. The head of the city focused on the fight with crime and resolving the problem of public transport. Throughout his term, the mayor enjoyed the trust and loyalty of his voters. On his record, the mayor has the successful organization of 2012 Olympic Games.

In 2016, the politician took the initiate "Leave" that called for leaving the European Union, even though he used to hold the opposite opinion. In a confrontation with Prime Minister David Cameron, Boris became the leading contender for the post that became vacant after the referendum. However, he withdrew his candidacy, leaving the place for his team member of "Leave" campaign, Michael Gove.

Gove did not live up to the expectations and Theresa May became the Prime Minister, and on July 13, 2016, appointed Boris Johnson the Secretary of State.

The nomination was accompanied by public bewilderment. Boris was notorious for his politically incorrect statements addressed to the leaders of the world's most powerful countries - to Donald Trump, Barack Obama, Vladimir Putin, Bashar al-Asaad. In his public comments, the politician has repeatedly allowed disrespect to other races and cultures.

Boris met his first wife Allegra Mostyn-Owen at the University. The girl belonged to an aristocratic family. The young people got married in September 1987 and lived in West London. The couple broke up in 1993. However, the personal life of the politician quickly took another turn: in May of the same year, he got married for the second time. Marina Wheeler, Johnson's childhood friend, became his beloved one.

The couple began to live in Islington, and they had four children, bearing the name of Johnson-Wheeler: Cassia, Lara, Milo, and Theodore. Boris spent a lot of time with the children and even dedicated a book of poems to them.

In September 2018, the couple made an official statement about the separation and began the divorce process, having lived together for 25 years. In 2013, after the trial, it was announced that in 2009 the politician had an illegitimate daughter from the art critic Helen MacIntyre.

Johnson is endowed with charisma, and wit, he has a strange appearance and a funny hairstyle. The eccentric man often attracts attention by cycling around London. Even when he was mayor of the capital of Great Britain, Boris tried to ban cars and transfer Londoners to public transport and bicycles.

Boris Johnson has a net worth of $2 million (£1,5 million). In July of 2018, the politician submitted his resignation letter, stepping down from the position of the British Secretary of State. The man did not agree with the government on Britain's exit from the European Union.

The so-called Brexit became an acute issue. In February 2019, Rachel Johnson, Boris Johnson's sister, undressed live on Sky News channel to draw attention to the problem and be heard. The journalist is opposing Brexit.

Now the former Secretary of State collaborates with the Daily Telegraph as a journalist. The man runs a Twitter account, where he posts his reaction to the political events and news and publishes fresh photos.