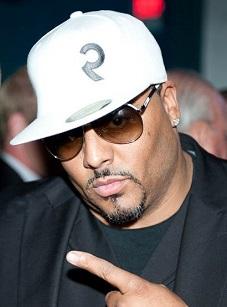 Al B. Sure!: biography

Albert Joseph Brown III is an American rapper, songwriter and producer better known under his stage name Al B. Sure!. Brown became one of the most noticeable representatives of a fusion genre, new jack swing, in his music. He is the owner of various awards, including New York Music Awards, an AMA for Best New R&B Artist, etc.

Albert Brown was born in Boston in 1968. His parents were Albert Joseph Brown II and Cassandra Brown. When Brown studied at the Mount Vernon High School, he was a star in football. Later, the rapper refused to get a scholarship at the University of Iowa because he wanted to develop his music career. In 1987, a record producer Quincy Jones noticed Albert, and the young man became the winner of the Sony Innovators Talent Search.

Brown worked with Quincy on various project, for instance, on Jones' album Back on the Block he appeared in the single The Secret Garden.

After working with Quincy Jones, Brown released his debut album In Effect Mode in 1988 which was included in the top of Billboard R&B chart. The songs Nite and Day and Off on Your Own (Girl) turned out to be the most successful.

As a producer, Brown presented various artists to the music industry, such as Jodeci, Tevin Campbell, Usher, Dave Hollister, etc. In 2009, the rapper signed a contract with Hidden Beach Recordings. Also that year, his album Honey, I'm Home was released.

For 2019, Brown has a net worth of ‎$4 million that he earned from being a producer, songwriter, and rapper.

Brown has been married once, to a model Kim Porter. They have been together only for a year, from 1989 to 1990. The couple had a kid together who was named as Quincy after Albert's mentor, Quincy Jones. In 2018, Kim died due to lobar pneumonia and left her two sons and two daughters.

Quincy was adopted and raised by Kim's boyfriend, Sean Combs. In 1991, Brown co-wrote the song Forever My Lady which was dedicated to Porter and their son and became his biggest hit at that moment. By the way, Quincy Brown is a successful musician and actor now.

Besides Quincy, Albert also has two other kids in his family, Albert Brown IV who is better known as Lil' B. Sure o stage, and Devin who has a name of Devin Loud and works as a music producer. For now, Al B. Sure is in relationship with a singer, Karyn White.