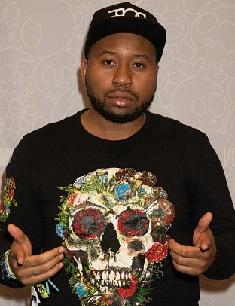 Livingston Allen, best known as DJ Akademiks, is a popular YouTuber who publishes satirical commentary on different social issues. He has an Instagram profile, where he makes gossips in the hip-hop community, reporting rumors and stories about the biggest rappers. He knows everything about hip-hop stars, that's why he is called "the king of hip-hop gossip."

DJ Akademiks was born in Spanish Town, Jamaica. His family moved to the United States from Jamaica around 2001. After graduating high school, he entered Rutgers University. There he weekly worked as a DJ for the Rutgers University radio station. His favorite genre in music was hip-hop, so he listened to it in his free time and soon started rapping.

He finished the University with a bachelor’s degree in Biomathematics. But his passion for hip-hop motivated him to make a career in music.

Initially, Allen started his website, which was called Late Night Creep. His main idea was to write hip-hop music news. He knew how powerful the Internet could be and determined to develop this idea of news writing.

Then he decided to make a YouTube channel with entertaining content. It began to gain significant popularity in 2014. His channel contains the latest album releases and news from the world of hip-hop. Besides the main channel, he owns several side channels, such as King Akademiks, Crime Fails, and others.

He also has an Instagram profile (@akadmiks) with over 2,1 millions of followers. Among other bloggers, DJ Akademiks stands out thanks to his satirical mode of commentary. On his page, he posts short video clips and pictures with provocative notes of the most popular hip-hop celebrities.

In one of his first Instagram posts, DJ Akademiks mentioned the violent controversies of the Chicago rap boom. He was a leading figure in reporting how quickly Gucci Mane got back in the studio after being released from prison. In consequence of those discussions, he made a reputation of a gossip writer.

In 2017, alongside his good friend, Joe Budden they make a new show on Complex News YouTube channel. It was called "Everyday Struggle". The audience liked the format of the show, as the hosts touched topics about the lives of hip-hop stars.

During the tense interview, involving Migos, the Atlanta rap trio, and Joe Budden, fans witnessed a fight. In an argument, concerning their biggest hit “Bad and Boujee,” it seemed that Migos were trying to beat up Joe Budden when he interrupted the conversation and was going to leave.

Sometimes DJ Akademiks is compared to Desus and Mero, a brand consisting of a television show, a podcast, a Netflix show. Both make a living on gossiping about famous people. It happened that DJ Akademiks became their target. They started to satirize each other, which seemed like a battle of the brands. But in fact, both of them produce different content and work for a diverse audience.

DJ Akademiks likes to attract attention and cause different reactions. There was a dispute with Drake's song "Diplomatic Immunity." Some people believed that in the song Drake negatively refers to Complex podcast hosts Joe Budden and DJ Akademiks. Later, when Drake was on Instagram live, DJ Akademiks started a conversation with him. So Drake called him out and asked to leave his live stream.

Once he reacted to Celina Powell’s arrest on his live stream. That video gained a lot of views on YouTube. During one of his live streams, he started crying when talking about how other people in the media treat him. But it's not a surprise for him, because he knows best of all, what it is like when somebody gossips about you.

In 2017, Erykah Badu, an American singer and record producer, was invited to be the guest on Complex's Everyday Struggle. Her sense of humor added some poignancy to the show. During the hour-long segment the Erykah repeatedly interrupted questions and discussions to tell DJ Akademiks that he reminded her of someone. In the end, she came out with the thought, saying that DJ Akademiks "looks like Jerry," the mouse, from Tom and Jerry.

DJ Akademiks is known to keep his private life a secret. But their relationship with the beautiful girlfriend Angelica could not go unnoticed and were repeatedly discussed by his fans. Angelica is an Instagram model from the Dominican Republic. Their relationship looked perfect, but in 2018, Angelica declared about a breakup. In her Instagram Live stream, she shared her thoughts about their everyday life with DJ Akademiks. She had an unpleasant aftertaste because, as she said, Allen behaved not the best way during their romance.

DJ Akademiks continued to make music as a rapper. In 2018, he signed a $6 million deal with Atlantic Records for mumble rapping. In April the same year, he released a song under the label titled Blue Clues with him using the rap name Lil AK.

DJ Akademiks has a net worth estimated at about $2 million. There is information that the Internet celebrity annually gets a huge sum of money from his YouTube channel and his online shopping store.