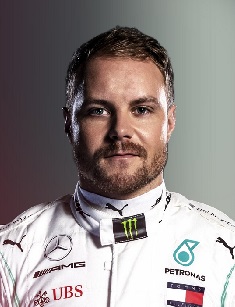 Finland-born, Valtteri Bottas is a successful racing driver, the participant of the tournament Formula One since 2013, and Mercedes team’s member. Before Mercedes, he was Williams’s member. It was in 2013-2016. He successfully started in Mercedes in 2017. He achieved his first F1 pole position and claimed his first victory in Russia. Bottas could do it in his first four races in Mercedes. He finished the 2017 season taking pole position, fastest lap, and the race win at Abu Dhabi.

Bottas has a wife since 2016 and includes a net worth of about $20 million. He has made his wealth from his racing career. Also, he received a salary from numerous brands, including Konecranes. Nowadays he lives in Monaco with his wife.

Valtteri was born in the province of Southern Finland, Nastola. It is a former municipality of Finland. It was merged to the city of Lahti on January 1, 2016. It was a very small town with a population of about 15,000 people. Valtteri’s birthday is August 28, 1989. His mother, Marianne Välimaa, was an undertaker. Valtteri’s father, Rauno Bottas, was an entrepreneur. He owned a clean company. They were a good family. Valtteri studied in a Heinola’s school.

Little Bottas was interested in racings and cars from an early age. He was doing karts and spent very few time at home. He dreamed of becoming a professional racing driver. An unknown part of Valtteri's recent past is his short-lived interest in the Live For Speed simulator. Also, Bottas served in the Finnish army, which is mandatory for adult males there. He could achieve Lance corporal there.

Bottas started rather successful in junior tournaments. In 2005 he was only eight in the Karting World Cup, however, in 2007 he won three races in the Formula Renault UK Winter Series. But, Valtteri didn’t have a necessary license, so his wins were not recognized. Next year he could repeat the 2006-record of Filipe Albuquerque.

Valtteri and Filipe won two main tournaments of Formula Renault in the same season. Bottas’s good results allowed him to do the next step, rising to Formula Three. In 2009 he began to battle for the title. He participated in ART GP2. In June he won Masters of Formula 3 (Netherlands), claiming the pole position and setting the fastest lap of the race.

In 2010 Valtteri repeated his achievement and became the first who could do it. The same year Williams has signed him its official test driver for the 2010 F1 season. Sir Frank Williams called Valtteri's CV very impressive, with a long list of success in the right junior formulae. Williams hoped that the role of official test driver in his squad would provide Bottas with another step in his development.

The future test driver was excited by that event. He was much honored to have been selected by a team as prestigious as AT&T Williams, one of the most significant names in the sport. Bottas pledged to do his utmost to justify Williams's faith in him. Valtteri understood that it was a chance to learn a lot with the team and wanted to achieve great results for the years to come. This opportunity gave him even more positive energy to improve as a driver. Bottas didn’t hide his willing to become Formula 1 world champion one day.

During working in Williams, Botas continued to participate in GP3 Series. He started that season rather bad, but his last four victories brought him a title of GP3 Series champion. Bottas conducted 2012 as a test driver but was raised to the status of one of the drivers a year later.

Bottas had little chance to impress at the sharp end of the field in 2013 as Williams’ FW35 was well off the pace. But he seized any opportunities that presented themselves, notably in Canada where he qualified a remarkable third in a rain-hit session.

Late in the season, the team made some gains with their car, and Bottas delivered a strong eighth in the US, which was better than anything his more experienced team-mate Pastor Maldonado achieved all year. After Maldonado’s retirement at the end of the season, Bottas extended his contract for a second season.

That decision turned out to be very successful. There were some changes in the technical regulations that season, which allowed Williams to create more competitive car characteristics. In the beginning, Finn and his new partner - Brazilian Felipe Massa - could not take enough points, but Bottas, often avoiding various technical problems, unsuccessful actions of rivals, and team miscalculations, could score more stable points. At the Austrian GP, he brought his team to the finish of the championship in the podium position.

Later, that positive trend continued, and by the end of the season, Valtteri was able to gain a foothold in fourth place in the individual competition. He also contributed to the rise of Williams in third place in the Constructors' Championship. In addition to the Spielberg race, Bottas went up to the podium five times, and he finished second in Germany, having beaten off the attacks of the future world champion Lewis Hamilton.

In 2016, Nico Rosberg, a member of the Mercedes team, retired. And in 2017 season, Bottas was signed to Mercedes. He took the place of Nico and became the new partner of Lewis Hamilton. Valtteri came third in the first race for the new team in Australia. Later, Bottas qualified in pole position for the Bahrain GP, but in the race, he was only third.

In April 2017 Bottas won his first career victory at the GP in Russia. Later, Valtteri was noted by another pole at the Austrian GP and, despite the tight fight with Sebastian Vettel, managed to claim his second victory. In general, during the season, Bottas regularly scored points, which allowed him to have some chances for the championship. However, his last results were significantly worse than his partner, who eventually became the champion.

In the last races of the season, Valtteri still had chances for second place in the championship; however, despite two more poles and Vettel's third win in the season, he was still ahead of him by 12 points. Bottas finished the 2017 season in third place. In 2018 and 2019 Finn regularly signed a new contract to Mercedes.

On January 24-26, 2019 Valtteri Bottas claimed a stage win on his rallying debut in Finland, finishing fifth overall on the Arctic Lapland Rally driving a Ford Fiesta WRC. Bottas, driving a car similar in spec to those currently being driven by M-Sport’s World Rally Championship drivers, was competing against Finnish championship regulars, who were piloting less-powerful R5-specification machinery used in the world championship’s WRC2 support category.

After a slow start with only seventh- and ninth-fastest times on the opening two stages of the event, Bottas climbed to fifth place by January 25 afternoon, a position he would hold until the finish. He was also able to claim a stage victory on the short 2.17-mile Mäntyvaara test, edging out Finnish championship regular Henrik Pietarinen by 2.3s. Bottas spent much of the rally chasing Skoda Fabia driver Pietarinen for fourth place, but his challenge faded in the final two stages, both of which were won by Pietarinen.

Rallying’s not just about the driver’s skill though – they need a great co-driver as well, and Bottas has been buddied up with one of Finland’s most successful, in the form of Timo Rautiainen, the man who called the pace notes for Marcus Gronholm when he claimed the 2000 and 2002 World Rally championships.

Before the start on the Arctic Lapland Rally, Bottas reported:

“This is a unique opportunity to take a peek into the world of rallying, and I would like to thank everyone who has made it possible. It’s a totally new territory for me too, as I have no prior experience of a World Rally car. Still, being the race car driver that I am, you always go flat out whatever the vehicle you’re driving”.

In 2016 Williams driver married his long-term girlfriend Emilia Pikkarainen in Helsinki in the days after Monza. A couple of famous Finns attended their ceremony — former F1 drivers Mika Hakkinen and Heikki Kovalainen. Currently, Emilia Bottas is a Finnish professional swimmer who holds national records in the butterfly stroke.

Some weeks before the wedding, Valtteri Bottas watched his future wife competed at the Rio Olympics. The couple has been dating since 2010. Other married F1 drivers include Kimi Raikkonen, Romain Grosjean, Nico Rosberg, and Felipe Massa. Valtteri has a $20 million net worth. His height in feet is 5’9’’. Valtteri has appeared on many TV shows and gave a lot of interviews. Of course, such giants as Top Speed and Top Gear have communicated with him.