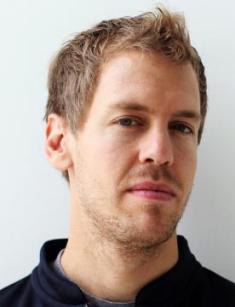 Sebastian Vettel is one of the most famous people in the motorsport. He fulfilled his cherished dream and became a four-time world champion.

Sebastian was born in the summer of 1987 in the German city of Heppenheim. Six years later, his two sisters, whom the boy loved and nurtured, were born. The father of the family was the owner of the autodrome, so the children often spent time on karting. When Sebastian was four years old, his parents gave him a carting machine. This birthday is the starting point in the biography of a guy who from a young age dreamed of a racer's career.

At the age of five, the boy was already in full swing kart racing, and he turned out to be very good. At the age of eight, Sebastian already tried himself in a couple of racing competitions. At this point, Michael Schumacher noticed the talented child and became his mentor. It's funny, but at this age, the boy dreamed not only of a racing career but also of the stage. However, not possessing the necessary vocal skills, he decided to use his talent in the sport.

Participating in mini-races, at the age of nine, the teenager achieved his first victory, which was recorded on karting in Wittenberg. A series of victories and glory followed the future champion on the heels. As a teenager, Sebastian played for the junior Red Bull team, which brought a lot of fame when Sebastian had won the championship in North Rhine four times.

By 2002, the young racer had won an incredible number of awards and prizes in this type of motorsport and received the title of a champion among juniors in Germany and Europe. A year later, he managed to participate in the Formula BMW, where he ranked first. This victory gave the young man a chance to get into the European Series Formula Three, wherein 2005 he ranked 5th and won the title of "Newcomer of The Year." Sebastian considered it a failure and made efforts to achieve a full victory. He managed to take the second prize in 2006.

A month after the significant victory, the Junior held the first tests in the Royal races, choosing a Williams car for it. In the year of his majority, the young man became a silver medalist in Formula Renault. In this race, the German took second place, but the disqualification of a competitor who came faster, allowed him to get the prize of the champion.

The career of the German driver was rapidly rushing up, thanks to the tenacity of Sebastian and his thirst for victory. In 2006 Vettel was officially appointed to the position of the third pilot in the BMW team, instead of promoted Robert Kubica, who replaced the Canadian Jacques Villeneuve. In the sessions of free races, the young driver repeatedly sat behind the wheel of a racing car. After proving his professionalism, he became a test pilot of a BMW Sauber.

The debut participation of Sebastian Vettel in the Formula One fell on the United States Grand Prix in the 2007 season. The promising athlete replaced injured Kubica behind the wheel. In this race, he showed his skills on the professional level, coming to the finish eighth and earning one point. Red Bull immediately noticed the promising driver and invited him to be a part of Toro Rosso team as a racing driver, replacing Scott Speed.

Red Bull took the right decision because, during the races in China, Sebastian came fourth and in Italy in 2008 he was the first. The Italian race of Sebastian Vettel was marked not only by his victory in the race and qualification but also by the establishment of a world record. The race was difficult, as the track was slippery from the pouring rain, but this German showed his professional skills and fully deserved the title he received.

In 2009, the driver became a member of the Red Bull team, in which he repeatedly proved his skills. In an interview, the driver admitted that the idol of his childhood was Fernando Alonso. Ironically, now on the court, Vettel and Alonso are irreconcilable rivals. At the age of 23, the young athlete became the World Champion of Formula One, four points ahead of his idol.

The racing driver does not like to make his private life public, and even vigorously tries to protect his privacy from other people's attention. But it is known that Sebastian loves to hang out with friends. In the circle of close relatives, he has a reputation of a great impressionist and often pleases his sisters with funny parodies of stars of show business. The younger sister revealed a little secret of her brother: the darling of the public and titled champion is afraid of mice. In music, Sebastian prefers the hits of the 70s, which he enjoys listening on vinyl records.

Sebastian leads an active lifestyle, loves hiking, playing badminton, and snowboarding. This German racing driver also has bad habits, such as an uncontrollable craving for sweets.

Vettel is not officially married, although currently, he is in a long-term relationship with Hannah Prater. The young people are the parents of two girls who were born in 2014 and 2015. The couple's relatives have long insisted that they register their relationship. But we don't know when Hannah will become the wife of Sebastian.

Sebastian Vetell's net worth is estimated at $100 million. For 2017 the racer was bound by a contract with Ferrari. He speaks positively about the team, but regrets that so far he does not have a powerful enough machine to win.

Sebastian dreams of taking this team to the top of Formula One and even thinks that he would be forced to end his career if this did not happen.