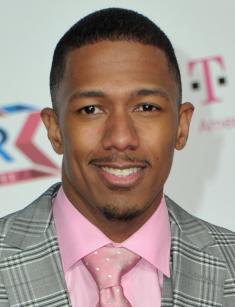 Nicholas Scott Cannon, who is simply known as Nick Cannon, is a popular California-born actor, comedian, rapper, and TV host. His birthdate is on the 8th of October, 1980. Nicholas is of American nationality and mixed ethnicity. The faith he strictly believes in is Catholicism.

Nicholas is better known for starring in such projects as Nickelodeon's "All That," "Roll Bounce," and "Drumline." He hosted The Masked Singer, America's Got Talent, Wild ‘n Out, and many other shows. By the way, Nicholas is also a singer; his self-titled debut album was released back in 2003.

As a kid, Nicholas lived in the Bay Vista Housing Projects in Lincoln Park, where he was raised mostly by his paternal grandpa, whom he and his biological father both called "dad." He admitted to having ties to the "Lincoln Park Bloods" street gang during his adolescent years but said that he renounced them after the death of a close friend. He graduated from Monte Vista High School in Spring Valley in 1998 while serving as the organization's president and competing in track and field.

Nicholas was the creator, producer, and host of the MTV improvised comedy program Wild 'N Out in 2005. He presided over the infamous "slime stunt" at Nickelodeon's Kids' Choice Awards in 2005, in which a person was launched into slime. He also served as the DJ for the Bigger, Longer, and Wider series hosted by Ellen DeGeneres. Nicholas presided over the Nickelodeon Halo Awards on December 11, 2009. He co-hosted and developed the 2010 TeenNick original series The Nightlife.

Nicholas was a member of the rap group "Da G4 Dope Bomb Squad" as a teenager. They performed as the opening act for artists including Will Smith, LFO, 98 Degrees, and Montell Jordan. He established his own record company, Can-I-Ball Records, in 2005 to release Stages, his second studio album, later that year. The anti-abortion song "Can I Live?" from the album's first single, which was released in July 2005, was followed by "Dime Piece" in March 2006.

Nicholas is the father of ten children with six women. With Brittany Bell, he welcomed Golden, Rise, and the Powerful Queen. With Abby De La Rose, he has Zion and Zillion. And along with Alyssa Scott, he had a son Zen, but unfortunately, he died due to brain cancer in 2011.

Throughout his music career, Nicholas recorded only 5 studio albums:

His discography also includes one compilation album, some mixtapes, and many singles.