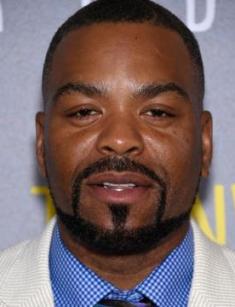 The rapper and actor Method Man has participated in many movies, yet the audience knows him as a singer in the first place. The artist’s talent and ambitions inspire him to do various activities on the stage and behind it: Method Man is also a producer.

Clifford Smith was born in March 1971 in Hempstead, Long Island. Soon after the boy was born, the parents divorced, and the future celebrity, his sisters, and mother moved to Staten Island, New York. The son often visited his father, who stayed in Long Island.

Smith’s childhood was challenging. Clifford’s academic performance was poor: he often played truant and did not do his homework. The mother hardly earned enough money for her three kids; the young man tried to work to improve his finances, but his wage was low, considering heavy responsibilities. Soon, Smith realized that light drug sales could bring much more than the job of an elevator boy or hotel cleaner. Today, the artist does not like to remember that period: the memories are too negative.

Music entered the young man’s life in the early 1990s: he joined the group Wu-Tang Clan that became popular quickly. Method Man stood out among other members: he performed the songs for the debuting album Enter the Wu-Tang: 36 Chambers. Later, in 1994, he presented his own disc Tical.

Clifford’s attempt was successful: the album was tremendously popular and topped American charts; millions of copies were sold. The album included the hit “All I Need”; later, the musician presented its remix version with Mary J. Blige and won the Grammy Award for it. At the same time, the young man made friends with the New York rapper The Notorious B.I.G; he contributed to his debuting album. Besides, Method Man collaborated with 2Pac and participated in his song “Got My Mind Make Up”.

As the broad audience got acquainted with the rapper, he started co-working with his colleagues. Redman was one of them; the artists recorded “How High” together and a music video for it. Clifford created tracks with Snoop Dogg; their video “Eastside” came out in 2018. In 2010, Method Man and Busta Rhymes presented the track “What’s Happenin”.

Simultaneously, the artist did not ignore his solo career. In 1994-2018, he had seven albums released; Meth Lab II: The Lithium was premiered in 2018.

The collaboration with Redman proved to be long-term. In 1999, they created Blackout! The second and third parts followed in 2009 and 2017. The rappers also joined Ghostface Killah and recorded Wu-Massacre in 2010.

Today, Method Man is a recognizable hip-hop figure; he regularly holds concerts in the United States and other countries. Fans are looking forward to new discs that will likely to earn as much popularity as the previous works.

Apart from his music career, Clifford Smith has tried himself as an actor. He debuted on the screen in the 1990s and got minor parts in series and movies. Still, the young man was satisfied with that and kept acting.

In 1997, the artist worked on Cop Land and personified Shondel; the next year brought the crime drama Belly that grossed $10 million in the USA. Further on, the artist participated in the series Law & Order: Special Victims Unit and Jesse Dylan’s comedy How High; Smith played Silas P. Silas in the latter project.

In 2003, Method Man appeared in several movies: Cheryl Dunye’s My Baby’s Daddy and Zach Braff’s melodrama Garden State about a TV actor who came back to his home town after ten years of absence.

He meets a young woman with epilepsy at his mother’s funeral; she helps him overcome his depression and turn over a new leaf. Method Man played Diego there.

In 2004, the artist worked as an executive producer and screenwriter in the music comedy Method & Red and then returned to acting. He expanded his filmography with the comedy drama The Heart Specialist (2006), the melodrama Wackness (2008), the crime thriller Sinners and Saints, and the historical military action Red Tails (2012). In 2015, fans could see their favorite as Tyson in #Lucky Number by Brendan Gabriel Murphy.

The next several years were marked with series mostly. In 2017, the actor was invited to the comedy Where's the Money about a black man who tried to find the money his father had hidden in a flophouse basement. However, only white residents were accepted there, and the main character had to work hard to get a room there.

In 2018, Smith participated in Future World and Peppermint.

The musician’s personal life has not been as intensive as his career. In 2000, he began to date the actress Precious Williams, but they split up quickly. Smith also had a short-term romance with Karrine Steffans.

In 2001, Clifford met his future wife, Tamika; the couple married soon. The woman is a beginning actress and played secondary characters in three movies in 2014-2015; she might continue to develop her career soon.

Three children have been born in this family: two sons and a daughter. The eldest boy followed in his father’s footsteps: after graduation in 2016, he took up music. The younger son is also fond of music; he appeared in a movie produced by his dad.

In 2006, the media spread the information that Tamika had breast cancer. The spouses kept this fact secret even from close people, and it was unknown who disclosed this data. Fortunately, Clifford’s wife recovered. Today, Method Man and his wife are happy together and bring up the kids; the artist continues to work on movies.

Although Method Man is a busy person, he does not forget about his fans and shares pictures from various events, as well as personal photos, on his Instagram page.

Besides, the musician participates in TV programs. In January 2019, he was invited to The Late Show with Stephen Colbert. The artist confessed there he was tired of concerts and decided to spend more time on acting.