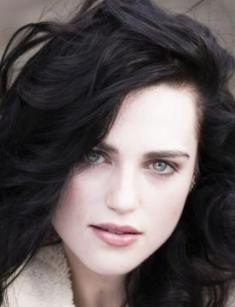 Autumn is the right time to watch TV shows, wrap yourself in a blanket, have a large cup of hot drink, and immerse yourself in an adventure. Any film can be good for this, including the classic series Friends or Sex and the City, and a new season, which has just been released, to the delight of devoted fans. For example, they can watch the TV series Supergirl, in which Katie McGrath brilliantly portrayed Lena Luthor.

Katie McGrath was born in 1983, in the Irish village of Ashford, to Paul, a system administrator, and his wife, Mary. The girl was their only daughter. The mother worked as an assistant to Lainey Keogh, a famous microbiologist who became a clothing designer. Unfortunately, there is no accurate information about the girl’s date of birth on the Internet. They claim that she was born on October 24, January 3, and February 21. Katie rejected the information about the birthday in autumn.

According to the actress, in her childhood, she did not know a single actor and did not consider this profession good for life. The parents had two more children: elder sons, Rory and Sean. They have warm and friendly relations with their sister.

Katie was good at studying. She was a student of St. Andrew's College before graduating from Trinity College with a degree in history with a focus on Russian history.

She planned to connect her further career with journalism and fashion and tried her hand at writing in the “world's most readable fashion magazine,” Image. The girl was very ambitious; she dreamed of joining Vogue China, without knowing the Chinese language. However, this is not the only profession that the future celebrity has mastered.

McGrath worked in a piercing studio and a cocktail bar, and then she was a MAC makeup artist. She became a wardrobe assistant on the set of The Tudors, thanks to her mother’s close friend. Moreover, she coped with the last task confidently, although Katie could not sew and did not have any experience at all.

She did not like an acting career until the woman saw how much effort and energy the film crew spent while creating one episode of the series. Moreover, she was advised to send the portfolio to acting agencies. The attempt was successful, although McGrath had only played in school amateur productions.

In 2007, Katie made her acting debut in the television drama Damage and the short film Pebble, and she also participated in the Dublin Theater Festival. The following year, the girl got a bit part in Eden and Freakdog, then in The Tudors. A few months later, she appeared in Merlin, which made her famous.

In the TV series, she had to portray soothsayer Lady Morgana, the sister of King Arthur (Bradley James), and a close friend of the protagonist. Katie was the only member of the cast who did not have professional education.

The list of her characters includes a large number of titled persons. She portrayed Princess Margaret in The Queen, and the mistress of King Edward VIII in W.E., the directorial work of pop singer Madonna, and a noblewoman in Dracula.

“I won the lottery! I feel awkward when everyone is talking about how it is difficult to get a toehold in the film industry. Most actors have been trying to achieve this for many years. I was just lucky,” Katie said about her career that took off rapidly.

In 2012, the historical miniseries Labyrinth was released, in which Katie played villain Oriane. According to the actress, she loved portraying “bad girls”:

“I love being as bad as possible! You've got to love a bad girl. Look at 'Gone With the Wind,' Scarlett O'Hara - total bad girl, but you love her.”

McGrath's filmography also includes the fantasy movie Jurassic World, the horror series Slasher, and King Arthur: Legend of the Sword, in which Katie appeared as Elsa. The Irishwoman also played in the music video of compatriot Hozier for the song “From Eden.”

There is a lot of contradictory information regarding her personal life, because Katie prefers not to give any comments on this matter. She was credited with a close relationship with her colleagues Jonathan Rhys Meyers and Joe Dempsie. Some fans and journalists were excited about her characters of female homosexual, which the actress convincingly portrayed.

The most reliable information was the news of a long-term relationship with Colin Morgan. It was even reported that the couple met in 2010 and became engaged in 2016. In November 2018, the reporters noticed them in jewelry stores.

It is also difficult to check or refute the information because Katie does not have pages on any social networks. So far, viewers can only admire her on-screen husbands.

However, Katie does not lack love now. Fans adore her, and she eagerly signs autographs and takes pictures with them wherever they ask. Her family, especially the mother, also always support her.

“My mum's amazing - every time I achieve something in my career, she buys me a diamond earring,” the woman said in an interview.

In April 2018, it became known to the delight of McGrath’s admirers that the series Supergirl was renewed for the next season. The first episode premiered in October. For participating in this project, she was nominated for the Teen Choice Awards.

In the winter of the same year, viewers waited for the premiere of the musical Buttons directed by Tim Janis; its posters and film photographs were posted on numerous fan accounts and groups on Instagram, Twitter, Facebook, and VKontakte. There are also photographs of the red carpet and social events, where she wore stylish dresses, as well as pictures in a bikini exclusively for photoshoots, for example, Total Film.

She was a special guest at the 2018 Comic-Con festival along with other celebrities: Johnny Depp, Jude Law, Ryan Reynolds, and Nicole Kidman. By the way, Katie loves comics and science fiction.

Katie McGrath has a net worth of $4 million.