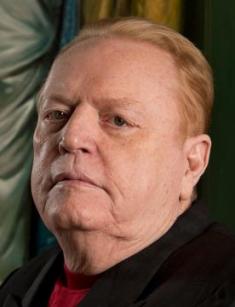 Larry Flynt is an American entrepreneur, the publisher of Hustler magazine, the owner of Larry Flynt Publications (LFP), and a supporter of the Democratic Party.

Larry was born on November 1, 1942, in Lakeville, Kentucky. The boy’s parents belonged to the Baptists, and Flynt attended a parochial school. At the age of 15, the young man began to serve in the army and then switched to the Navy. However, when Larry received an engineering education, he decided not to continue his military career and came back home.

Along with commercial success, Flynt had to face moralists. In 1976, the legal battle against Simon Leis began. Eventually, Larry managed to prove his rightness; the court did not find any violation of law in his actions.

In 1978, the situation got tenser: the serial murderer and racist Joseph Franklin attempted the businessman’s life and injured him. As a result, the man’s legs were fully paralyzed. According to Franklin, he attacked Flynt for the propaganda of interracial relationships. The publisher remained wheelchaired for the rest of his life, suffering from excruciating pains. However, when the killer was arrested in 1980, Larry asked to cancel the capital punishment.

In the 1980s, Hustler presented a new project: pictures of non-standard models (plump women, bodybuilders, albinos, and middle-aged women). The unusual marketing strategy made Flynt the king of showy sex and brought much interest to the magazine.

In a while, Larry started publishing articles on political and economic topics, corruption investigation, and spicy facts about power players. During Ronald Reagan’s pre-electoral campaign and presidency, Flynt used the magazine to fight him on the political arena.

The entrepreneur’s bright biography inspired the director Miloš Forman who presented the movie The People vs. Larry Flynt in 1996. Woody Harrelson personified the publisher, and the soloist of the group Hole Courtney Love played his wife, Althea. The plot was based on the scandalous case of Flynt and Falwel. Larry himself contributed to the movie and played the judge.

The next year after the premiere, the project won the Golden Bear Award at the 47th Berlin International Film Festival; it was also nominated for the Academy Awards in two categories.

Larry Flynt as the judge in The People vs. Larry Flynt

In the late 1990s, when Bill Clinton’s sex-related scandal erupted, the publisher expressed his support for the president in the magazine and offered a high reward for fruity stories from the lives of Clinton’s accusers.

In 2003, Larry ran for the position of the Governor of California but lost to Arnold Schwarzenegger. In 2008, the businessman sponsored the pornographic movie Who’s Nailing Palin about the Governor of Alaska Sarah Palin, the candidate for the Vice President from the Republicans. The project was seen as an attempt to smear the candidate.

Larry Flynt has been married five times; he has five children.

Althea Flynt, the most famous wife of the publisher, was his business partner and muse. In 1987, the woman died of an amphetamine overdose.

The 75-year-old entrepreneur remains a public disturber and causes new scandals. In 2016, the man encouraged people to give him any audio or video recording to tear down the reputation of the candidate for the presidency Donald Trump; $1 million was promised as a reward.

In June 2017, Hustler celebrated its 43rd birthday. One could see a half-naked woman wearing a hijab made of the American flag on the cover of the special issue. “Freedom first”, it said.

In 2001, the businessman owned approximately $ 400 million. According to the media, the Larry Flynt Publications corporation earns no less than $300 million annually. Larry Flynt’s net worth is about $500 million in 2019.