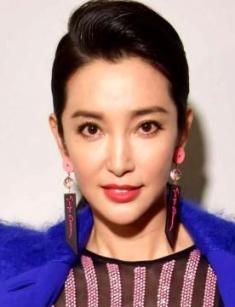 Li Bingbing is an oriental rose and one of the most beautiful Asian actresses starring in Hollywood. It is the opinion of filmmakers and ordinary viewers who are familiar with the Chinese woman, Li Bingbing. She has performed as a singer, portrayed heroines in Korean dramas, but the actress is mainly known for collaboration with Paul Anderson in the fantasy action movie Resident Evil: Retribution, in which she played one of the famous characters.

Li Bingbing was born in February 1973 near Harbin, in the Chinese province of Heilongjiang. Her parents also raised a younger daughter, Li Xue. The actress does not tell about the occupations of the sister and the rest members of the family.

Upon graduation from school, Bingbing entered a high school for prospective school teachers and was preparing to teach music to children. She also participated in student performances. The girl’s skill impressed her friends so much that they advised the classmate to try her hand at acting. In 1993, Li Bingbing became a student at the Shanghai Theater Academy, in 1995 she played the first role in the television series.

Four years later, Li Bingbing’s credentials already had the Best Actress Award at the 1999 Singapore Film Festival for her role in the film Seventeen Years. The movie won the Silver Screen Awards and five awards at the Venice Film Festival.

Li Bingbing rose to fame with the role of a policewoman in the series Young Justice Bao. In 2001, she made the top ten Chinese actresses. The contract with the large Chinese production company helped Li Bingbing to reach the movie stardom.

The actress portrayed Liu Rong in Dayyan Eng’s romantic comedy Waiting Alone about the writer in love and was nominated for the Golden Rooster Awards, known as the Oscar equivalent. In 2004, Li Bingbing was awarded 2004's Most Popular Actress title at the Beijing College Film Festival.

A year later, Li was nominated for the Hundred Flowers Awards for her work in the drama A World Without Thieves, which also won the Golden Horse Award for Best Screenplay Adaptation at the Taipei Film Festival.

The actress won the Golden Rooster Award and the Hundred Flowers Award for the role of a girl whose lover did not return from the war in the film The Knot. The movie was China's submission to the Academy Awards for the Academy Award for Best Foreign Language Film but was not nominated.

A year later, Li won the Golden Horse Film Award for Best Actress her role of a decoder in the spy blockbuster The Message about the period of Japanese intervention.

Soon the Chinese actress had a new chapter in her acting career. The woman began appearing in international films. The first English movie in Li’s filmography was the drama Snow Flower and the Secret Fan. The title consists of the names of the title characters, who lived in the 19th century, and their descendants of the 20th century. Both of them have to overcome many obstacles to understand the real value of friendship and how difficult it is to maintain it.

Later, Li Bingbing received an invitation to star in the adventure melodrama The Forbidden Kingdom with Kung Fu masters Jackie Chan and Jet Li. After filming in this movie that, by the way, made three times its production budget, the woman said that she liked to appear in films dedicated to this type of martial arts.

Li Bingbing got the opportunity to show her ancient sword skills in the action movie Detective Dee and the Mystery of the Phantom Flame about the Tang dynasty.

In 2011, Li played the wife of a revolutionary in the historical drama 1911 about the formation of the Republic of China. A year later, Li Bingbing was cast for Resident Evil: Retribution, a continuation of Paul Anderson’s famous story about a zombie fighter. Milla Jovovich traditionally landed the leading role of Alice. Li got the character of Ada Wong after the first audition. In the movie, her heroine became an assistant to Alice in the fight against a group of antagonists, portrayed by Sienna Guillory and Michelle Rodriguez.

In the fantasy action movie Transformers: Age of Extinction, Li Bingbing appeared as a beautiful but dangerous head of the Chinese factory used by KSI, a company developing information technologies and building artificial Transformers.

In 2015, the epic fantasy movie Zhong Kui: Snow Girl and the Dark Crystal was released, in which Li portrayed an ice witch.

Li Bingbing was forced to admit that her heart was not free, when in 2017, the photos leaked to the press, depicting the actress and a young man on vacation. The celebrity’s boyfriend, Hsu Wen Nan, runs a business; he is an investment banker and is 16 years younger than the actress. It is not known whether the man has become the husband of Li Bingbing during this time.

In China, Li Bingbing is no less popular than her namesake, Fan Bingbing. Moreover, the celebrities are often confused; for example, director Brett Ratner took a picture with Li, but he called her Fan, commenting on the photo.

Fans of both actresses often hold a contest on the Internet, choosing a more attractive actress. Connoisseurs of true Asian beauty think that Fan meets the standards that have been established in China for thousands of years. She resembles a princess of the era of emperors.

They think that Li Bingbing’s appearance has more features that Western viewers like, although no one accuses the actress of plastic surgery.

There are more subscribers on Li Bingbing’s Sina Weibo account than on Instagram, but it is not surprising, considering how many the actress’s compatriots live in the world. Besides, Li has a Twitter page.

In 2018, Li Bingbing became a member of the archaeological team in the adventure horror Guardians of the Tomb. Ironically, this is the seventh name of the movie, which was created by representatives of Thailand, China, Russia, and Australia.

During the filming, the movie was titled Nest, Spiderweb, Nest and the Search for the Venom of Eternity, etc. Ryan Johnson, Stef Dawson, Tim Draxl played the roles in the film telling about the struggle of researchers with cannibal spiders. By the way, Li Bingbing also worked as a producer.

Although the actress looks slim (she is 5.41 ft. (165 cm) tall, weighing 103.61 lbs. (47 kg)), Li Bingbing got a rather heroic role of a brave oceanographer, who confronts a giant shark in the fantasy thriller The Meg together with Jason Statham’s character. The Chinese-American film was based on a novel by writer Steve Alten, dedicated to the prehistoric shark that miraculously survived.

Li Bingbing has a net worth of $80 million.