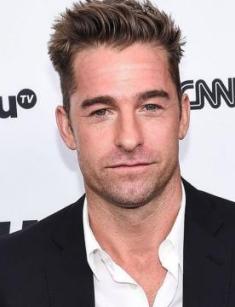 The Canadian actor, Scott Speedman, could have played Robin in the movie Batman Forever instead of Chris O’Donnell, but he had to be content with the series Goosebumps based on the works of Robert Stine. Unfortunately, Speedman remained in the shadow, and his most prominent role is Michael Corvin in the saga Underworld.

Robert Scott Speedman was born on September 1, 1975, in London, the UK, in the Scottish family of primary school teacher Mary (nee Campbell) and Roy Speedman, a department store buyer. When Robert turned four years old, the family moved to the largest city in Canada, Toronto. The boy spent his childhood with his sister Tracey. She died of cancer on February 8, 2016.

Like his parents, young Speedman was interested in sports. His father was a professional track and field athlete, and his mother was an Olympic champion in this sport. Robert chose swimming and succeeded. As a member of the Canadian Junior National Swim Team, he finished ninth at the 1992 Olympic Games. Soon, he got a neck injury and had to forget about sports.

Upon graduating from Earl Haig High School, Speedman decided to pursue a creative career. He studied acting at the University of Toronto, and then York University. His schoolmates were Canadian actors, Sarah Polley, and Kenneth Mitchell.

One day, a friend invited Speedman to Speaker's Corner, a viewer open-forum run by Toronto's Citytv, where Robert did not waste time and expressed his interest in auditioning for the role of Robin in the upcoming movie Batman Forever (1995). His vigor paid off, and the novice actor was invited to the audition. The part eventually went to Chris O'Donnell, but the man attracted the attention of movie agents.

Speedman made an acting debut in 1995 in the series Net Worth. It was followed by the secondary roles in the TV series Kung Fu: The Legend Continues, Nancy Drew, Goosebumps. He could not fulfill his potential in Canada, and Scott left for New York City to study at the Neighborhood Playhouse. However, the man had to return because the agent got a role in the TV series Felicity.

The role of the pensive student, Ben Covington, earned Scott Speedman a nomination for the Teen Choice Awards for Choice TV Breakout Performance and two Teen Choice Awards for Choice TV Actor. But the most important thing was that the directors noticed him and began to invite the man to serious movies. For example, in 2000, the melodrama Duets was released, in which Speedman starred with Gwyneth Paltrow.

In 2003, Scott Speedman's filmography included the horror movie Underworld, starring Kate Beckinsale. The actor impressed viewers in the stylized vampire-werewolf project and won the Cinescape Genre Face of the Future Award – Male of the Academy of Science Fiction, Fantasy and Horror Films.

Scott Speedman has had relationships only with actresses. In 2006, he dated Heather Graham, in 2011, Teresa Palmer. His latest known girlfriend was Frenchwoman Camille De Pazzis, who met Scott on the set of the series Last Resort. Camille did not become Speedman's wife because the couple broke up in 2014. Nowadays, the actor is not married and has no children.

Scott Speedman does not have pages on social media, but fans successfully cope with this task. Instagram is replete with fan accounts that post photos of the actor on the red carpet, photoshoots, pictures of movies, and TV shows.

Since 2016, Scott Speedman has starred in the TV series Animal Kingdom in which he has played a leading role. In July 2019, TNT renewed the project for the fifth season, so now the actor is probably busy filming.

The upcoming movies of Speedman include the project Run This Town with Nina Dobrev in the title role. There is no information about the premiere yet.

Scott Speedman has a net worth of $3 million.