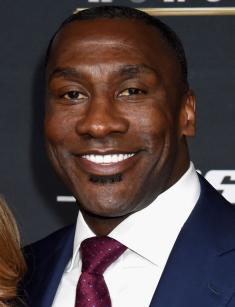 Shannon Sharpe who was born on June 26, 1968 is a former American professional football player. He played as a tight end in the NFL for 14 seasons. Sharpe spent the majority of his career with the Denver Broncos. He also had a brief stint with the Baltimore Ravens.

Shannon hails from Chicago, Illinois, but spent his childhood in Glennville, Georgia. His parents, Pete and Mary Alice, parted ways shortly after he was born. The tight end and his siblings were raised by their grandmother. His older brother, Sterling Sharpe, is an NFL legend, too.

Despite his later success, Sharpe was not the most sought-after player of his class. The only college offer he received was from a local public university. During college years, Shannon was named to several all-star games and became SIAC offensive player of the year.

In the 1990 NFL draft, Sharpe was picked by the Denver Broncos during the 7th round. He initially played as a receiver, but was converted to a tight end and was finally able to show his true potential. Sharpe played for the team for nine years. In 2000, he signed a short contract with the Baltimore Ravens. Shannon came back to the Broncos in 2002, to play in the final season of his career. His total NFL stats are 815 receptions, 10,060 receiving yards and sixty-two touchdowns.

The tight end doesn't have a wife, but was engaged to a former teacher named Katy Kellner. The couple broke up three years into their relationship.

The player has three kids. His son, Kiari, was born two years after Shannon started his professional career. In the same year, he also became the father of a girl named Kayla. The tight end's youngest daughter, Kaley, studied forensic science in college.

He is friends with actress Nia Long.

Sharpe co-hosts a sports debate show, "Undisputed" with Skip Bayless. In January 2023, the show came under fire when Bayless made an inappropriate Twitter post about Buffalo Bills safety Damar Hamlin, who suffered a cardiac arrest on the field. Sharpe hasn't commented on the scandal, but failed to appear for the newer episode of the show. In 2021, Shannon himself was criticized for a live call about trade rumors with Julio Jones, who wasn't aware he was on the air.

The tight end is a three-time Super Bowl champion. He was named to First-Team All-Pro for three consecutive years and holds the NFL record for the most receiving yards in a game by a tight end. Sharpe was also named to the Pro Bowl eight times.