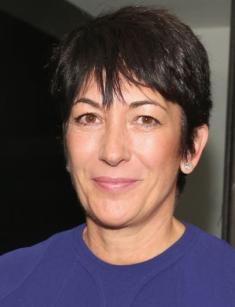 She is known as a socialite with powerful bonds both in Britain and the USA. She is one of the most controversial figures of contemporary time. Multiple witnesses prove her central role in the business of a convicted sex offender. That's why she was involved as a central figure of her close partner's crime.

She was born into a wealthy family in France. Her father was a successful entrepreneur who made a considerable fortune thanks to the dominant position in the media. Before two days of her birth, her elder brother was involved in a car accident. The aftermath was tragic. Her elder 15 years-old brother, Michael, was left in a prolonged coma till his death in 1967.

Even though Ghislaine's hometown is Maisons-Laffitte, almost all her childhood, the girl spent in Oxford. There her father ran a considerable business, and the whole family of the Maxwells resided in a 53-room mansion.

The accident with her elder brother had a significant influence on the whole family, including little Ghislaine. As a toddler, she suffered from anorexia. Nevertheless, the girl received the best education and lived in high-profile environments. She was called the most favorite child of her dad. Indeed, Robert had a very close relationship with Ghislaine.

In the 80s, she became a very influential persona in London's social scene. Those times her field of activities and interests covered sports management, publication, and social work. She was a founder of a woman's club. His father gave the name of the yacht in her honor. She spent much time traveling aboard that yacht. In 1991 she became an emissary of the American newspaper. That year the body of his father was found floating in the sea near the Canary Islands. Even though the official cause of his death was an accidental drowning, his daughter suspected that it was a murder.

After her father's death, she moved to the USA, where she began working in the real estate business. She socialized in the group of influential people, children of tycoons. She became prominent here as a socialite and a right hand of high net worth businessman.

In the 90s the 30-years-old Ghislaine met the businessman for the first time. They had a romantic relationship for several years. When the couple split, her name continued to be associated with the name of Epstein for decades.

The employees and people from his surrounding stated Ghislaine's central role in the private as well as professional life of the businessman. Besides the businessman, the woman bonded with Britain's royal family and American politicians.

As a result of investigating the illegal activity of the businessman, Ghislaine was convicted of soliciting for prostitution. She was sentenced for 18 months in prison and served 15 months of them. She was accused of trafficking minors to have sex with the businessmen. The other victim stated that Ghislaine introduced her to a businessman and later was groomed by both of them.

In 2008 Jeffrey was released from the jail as well as Ghislaine. After that, the couple had never been in the limelight. In 2015 she retreated from all her social functions.

The socialite repeatedly denied her involvement in the businessman's crime. Nevertheless, the other witnesses of their crimes were appearing. In 2016 the victim stated that Ghislaine worked as a procurer and trafficked underage girls at sex parties.

In 2016 the socialite had to change the way of her life. She didn't appear on the public eye; her mansion was sold for $15 million.

In 2017 and 2019, three accusers appeared who filed a lawsuit against Ghislaine. By the end of 2019, her case remained under investigation.

In 2012 the socialite founded the non-profit organization, advocating the protection of oceans. In 2019 the project was closed due to the investigations against the businessman and socialite. The sex-scandal dragged a lot of celebrities and influential people, among them was Prince Andrew and Michael Bloomberg.

The Hollywood actor George Clooney found himself in the center of the scandal, when one of the witnesses mentioned his name in the investigation. According to her words, the British sociliate Ghislaine boasted of her sexual intercourse with the actor.

After the death of her father, the socialite resided in the central part of London in luxurious mansions. Besides her romantic link with Epstein, she had a relationship with the businessman Ted Waitt. After the beginning of investigations, the socialite had to change the style of life and kept a low social profile. Her net worth is $10 million.

In summer 2016, the media informed that reporters found the socialite reading a book under the name “The Book of Honor: The Secret Lives and Deaths of CIA Operatives".

At the end of 2019, the official reported that she lived in her boyfriend’s house in Massachusetts, with whom she dated for several years. At the beginning of 2020, there was a piece of new information about her location. Now she lives in the permanent residence loaned by her friends and associates.