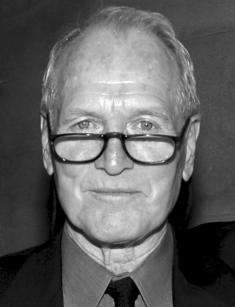 Paul Newman’s glances infatuated millions of women all over the world; the actor’s love story made him the prince charming for many fans. The honest, open-minded, kind, talented, incredibly attractive, and diverse person and artist – all these qualities describe the American movie star Paul Newman.

The would-be star was born in 1925 in the United States. He served in the Navy and inherited his father’s small business; however, the young man sold the inheritance to enter a school of acting. Soon, Newman began to participate in TV series, Broadway performances, and, finally, full-length movies.

The actor’s popularity could be explained by his talent and perfect appearances: the piercing blue eyes became Paul’s trademark. Besides, the man’s facial features bore some resemblance to the beauty standard of that epoch: the legendary actor Marlon Brando. By the way, Clint Eastwood could also compete with Newman for the “title” of the most beautiful eyes in Hollywood.

Paul Newman’s movies showed the actor’s talent from different angles. The man could personify anyone: an Indian, a pirate, a fraud, a tramp. There were many projects in Newman’s filmography; critics and other movie professionals appreciated them and marked them with numerous nominations. Newman had ten Academy Award nominations and won the prize two times.

Paul had many hobbies. Professional car racing was an integral part of the actor’s life; he loved speed and risked it without fear. When the man aged, he became a social activist and worked on racial issues. Together with Meryl Streep, Paul Newman founded the organization that protected actors’ interest regarding their collaboration with producers and movie companies.

In his senior years, Newman paid much attention to charity work. He not only created a fund in memory of his son who died prematurely but also helped other organizations and gave them pretty much money and support.

1958-2008 were the most productive years for Paul Newman; many projects were worth noticing. The duet with the actor Robert Redford was particularly exciting. They played the main characters in two movies. Butch Cassidy and the Sundance Kid became the most successful western in the history; the second movie, The Sting, received the Academy Award for Best Picture. In Hombre (1967), Newman played the lead character who lived in the epoch of racial tensions.

The sex symbol of Hollywood was a loyal partner; he was not perfect, though, and was married twice. As a university student, Paul married his course mate; three children were born in the family. One day, Newman met the love of his life at a movie set: it was the actress Joanne Woodward.

It was the love from the first sight for Paul. Still, Joanne did not rush to get close to him: she was scared a little to deal with the married and too handsome man. By that time, Woodward had become a famous actress who won the Academy Award, but Newman was even more popular. Thus, the actor’s courtship did not seem serious for the woman; the romance developed in spite of this.

The couple spent several years waiting for the feelings to fade away. Six years later, when a new movie was made, they met again as the lead actors. From that time, they never parted. Paul filed for divorce and married Joanne the next year.

Their marriage lasted for almost half a century and finished by Paul’s death; the couple had three kids. It was a stable family. Although fans and movie partners clung to attractive Paul, he never cheated on his wife. There were no rumors related to out-of-wedlock affairs or scandals.

The spouses lived in misery and joy. Paul did not mind that his wife was more successful. When the children were born, Joanne finished her career and started looking after the kids. At that time, Paul starred in top-grossing projects and selected those that were filmed not far from his home. As a result, he could spend more time with his daughters and beloved wife.

When Joanne was going to come back to the big screen, movie makers did not want to work with her. Under those circumstances, Paul did an honorable thing: he decided to learn how to film and give his wife the lead role. The couple presented several successful works and strengthened their relationship by professional collaboration. Newman liked to create movies, and Joanne was happy to act again.

Woodward did not abandon her husband at the most difficult period of his life: the son Scott from the first marriage died of an overdose. The man took the tragedy to heart and blamed himself for missing the right moment because of his new family; he even blamed Joanne. The woman overcame that and still supported Paul; she gave him some time to mourn. Many years later, Newman admitted that her silent comfort was priceless. The couple founded a charity organization that helped drug-addicted teenagers to quit in memory of the actor’s son.

The story of Joanne and Paul is the great story of the great love. The spouses used to say that a happy marriage was the result of daily hard work, and they proved that by passing all the ordeals together.

The actor lived a long and colorful life. He died in 2011 after an extended fight against some severe illness. The cause of death was not revealed for quite some time. In fact, the actor had cancer and underwent a course of chemotherapy.

The family supported the actor in his will to stop taking medicine at the final stage of treatment and return home; he spent his last days among the nearest and dearest.