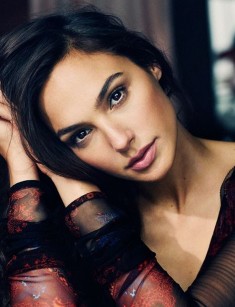 Gal Gadot is an Israeli actress and a model who has become world famous after playing the role of the superheroine of Wonder Woman in the comic blockbusters "Batman v Superman: Dawn of justice" and "Wonder Woman". By the words of Gal Gadot, her acting biography is all turning with lucky coincidence. The phrase "Always move forward - happiness is waiting for you around the corner!" became the motto of the actress.

Gal Gadot was born in Israel, in Rosh HaAyin, but she spent her childhood in Tel Aviv. Her mother worked as a teacher, and her father was an engineer. Gal considers herself to be a real Israeli, even though she has German, Austrian, Czech and Polish Jews roots. Her grandparents emigrated from Europe. In Hebrew, Gadot has the meaning of "the bank of the river", and Gal in translation means a "wave."

The model says that she has grown up hat in a very strict family. Despite this fact, her parents allowed their gorgeous daughter a lot of things. She was fond of the motorcycles, and she practiced sports. Gal Gadot was studying at the specialized school, on the Biology course. After classes, she went to the pool or the tennis court. You could even meet her on the volleyball or basketball field. Moreover, she was engaged in dances; she also dreamed of becoming a choreographer. Sometime later, the girl has changed her mind and has chosen jurisprudence.

During two years Gal Gadot was serving in the army of Israel Defense Forces, as a fitness trainer. She doesn't regret about that time and tells that the military service can teach one to have respect and observe discipline.

After demobilization, the girl has entered IDC Herzliya college. There, she was studying Law for a couple of semesters. She wanted to bring her school dream to light and to become a lawyer. But some time later Gadot has understood that it wasn’t her sphere. After the first course, she set off to conquer the American "dream factory".

Due to the girl’s beautiful appearance, the casting managers of the model agencies got interested in Gal Gadot. One of the managers has recommended her to apply for participation in Miss Israel – 2004 Beauty Contest. She has taken his recommendation but has done this just for fun. Imagine her surprise when the young girl won the contest and put on the crown. Then Gal took part in Miss Universe contest, though she did not enter the list of fifteen finalists.

Gadot’s victory in 2004 became the take-off in her model career. Both local and European agencies have offered her a significant number of suggestions. On the initiative of the Ministry of Foreign Affairs of Israel, the model appeared in "Maxim" magazine. The photo shoot under the title "Women of the Israeli Army" was aimed at improvement of the image of the Israeli army and Jewish state after Lebanese war. The model presented herself lying in graceful bikini and shoes with high heels. The advertising campaign involved many disputes, but we can say that the editorial office of the men's magazine has fallen in love with this gorgeous model. Two years later Gal Gadot appeared in "Maxim" again, as a Hollywood star that time.

Gal Gadot also took part in the shootings for Vine Vera, Gucci, Jaguar Cars and Captain Morgan. Moreover, she cooperated with "Castro" brand. She has demonstrated herself on the covers of "FHM", "Bride Magazine", "Glamor" and "Cosmopolitan".

She had her first experience in cinematography in the dramatic series "Bubot" of Israeli production. Gal liked the shooting process - she has found herself in this area. The girl relocated to America with the aim to conquer American "dream factory".

Gadot received the invitation to the audition for the movie "Quantum of Solace." She has failed the audition for the role of Bond girl, but the directors noticed her. Soon the model, who could ride a motorcycle and could use the arms skillfully got the invitation to play the role of the drug cartel's assistant - Giselle Yashar in the movie "Fast & Furious". She accepted this offer. The director was satisfied with her image so much that the heroine of Gal Gadot appeared in the following two parts of the franchise.

In 2010, the actress enriched her portfolio with the role in the adventure thriller "Knight and Day" and the comedy movie "Date Night". On the movie set of the first movie, she worked together with Cameron Diaz and Tom Cruise.

Further, the actress returned to her character of Giselle Yashar in the crime fighters "Fast & Furious 6" and "Furious Seven", and also played a role in the comedy "Kicking Out Shoshana".

In spring of 2016, Gadot appeared in front of the audience in the image of Wonder Woman, a girl from the comics. Due to the action movie "Batman v Superman" her career began to take off promptly. Gal didn’t even imagine that she would receive the role of the leading character of the franchise, as initially, the actress had auditioned for the part of the Catwoman. However, Gal Gadot’s acting with Ben Affleck and Henry Cavill was so brilliant that without any doubts he actress got the role of Amazon warrior goddess - Princess Diana in the following sequels.

In the picture "Batman v Superman: Dawn of justice" the character of Gal Gadot appeared only in the final just for a couple of minutes. This role was a cameo role and was a kind of precursor to the solo movie about Wonder Woman.

Alongside this movies, the actress participated in the crime drama "Triple 9". Moreover, the actress took part in the fighter "Criminal". The fantastic thriller tells the story of the removal of mind. To get the information of the coherent hacker known as the "Dutchman", the agents plant the memory patterns of the dead CIA agent onto the dangerous criminal.

In September of 2008, Gal Gadot got married to the Israeli businessman, Yaron Varsano. In autumn of 2011, she gave birth to their daughter Alma. At present Gal Gadot is a loving and caring wife and mother.

The husband of the celebrity was born in Amsterdam and received his education at New York University. Later, the spouse of the actress became the owner of Varsano Hotel, situated in Neve Tzedek. In 2015, he sold his hotel to Roman Abramovich for $ 26 million.

The actress has her account on Instagram. This page is verified and has a blue tick which confirms the authorship of the actress. Gal Gadot has 11 million subscribers.

In 2017, the hackers hacked Gal Gadot’s phone and published on the web the video, in which we can see the actress half naked, just wearing her underwear. There is no provocative nude body on the video. Besides, the actress has ideal parameters (Gal Gadot is 178 cm tall and weighs 50 kilos). She isn’t ashamed of her body, so this video hasn’t provoked a severe scandal, as it had happened before with other celebrities.

On the 1st of June, 2017 there was the premiere of the comic-blockbuster about the Amazon warrior goddess - Princess Diana, who turns into the superheroine Wonder Woman. This movie tells about the formation of the famous heroine from the comics. The plot of the film demonstrates how the Amazon arrives in the human world and faces the horrors of war and the generosity of some persons, and then she swears to protect the humanity.

The movie received the positive feedback from the critics. Some critics have considered the "Wonder Woman" the best picture the Expanded DC universe. The success of the movie in hire and recognition among the critics have influenced the decision of Warner Bros. studio about the shooting of the sequel. The premiere of the next part of the movie about Wonder Woman will take place on the 13th of December, 2019.

At present Gal Gadot is engaged in the shootings and promotion of the first part of the "Justice League" which will come on the screen in 2017. The film will become the crossover which unites in one team a range of well-known characters from American comics. Moreover, there was announced the release date of the second part of the movie. "Justice League: Part 2" will come on the screens in 2019.

Also, by the latest rumors, Gal Gadot accepted the invitation to take part in the movie "Ruin". The movie will narrate post-war Germany and the Nazis. The main character of this retrospective film will be a former Nazi commander who returns to Germany in secret hoping to redress crimes that he had committed during the war. 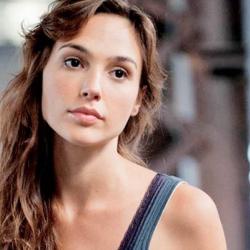