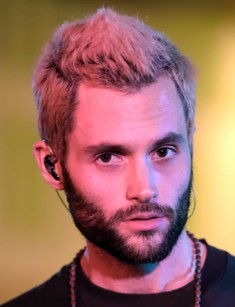 Penn Badgley is an American actor and singer. The young man has become popular after the shootings in the cult series Gossip Girl. In this series, the guy has received one of the leading roles.

The little boy called Penn was born on the 1st of November, 1986 in Baltimore. Lynne Murphy and Duff Badgley became the parents of the future actor. The boy’s father worked as a reporter in the local newspaper and was engaged in the carpentry. Once Duff Badgley even tried to become the governor of Washington State. The man has run for office from the "Green Party".

The actor’s happy childhood hasn’t lasted for a long time. When Penn turned twelve, his parents decided to divorce. This situation has resulted in the fact that the teenager had to go to Seattle regularly to visit his father and then return to Woodlake. In his school years, Badgley has changed a couple of educational institutions. But it wasn’t connected with the future actor’s progress or behavior at all.

Already at the age of fourteen Penn entered Santa Monica College. Sometime later the young man was enrolled to the University of Southern California, but he had to refuse this education. Education was obligatory for Badgley that’s why during two years the actor was studying at Lewis & Clark College in Portland.

Penn also dedicated his time to the sport. The young man had fancy for soccer and even played under his father's leadership. Later he has shown interest for acting. It has happened in Seattle, in the local Children's Theatre. The boy was invited to take part in the videos and programs for children.

When it became evident that the child had talent and skills in acting his parents decided to transfer Penn to Hollywood. In such a way, at an early age, Badgley has started his acting career. Also, the guy was interested in the music, therefore in 1998 Penn performed his song for the first time.

The voicing of the popular computer games "Mario Golf 64" and "MarioTennis 64" became the first official job of Penn Badgley. He received the offer from the creators of the project in 1999. Their cooperation has lasted for two years.

Though the actor didn't plan to stop with this and in the same year 1999, he tried his acting skills in the episode of the TV series Will & Grace. Later he took part in such projects as The Brothers García and What I Like About You.

Penn Badgley has been among the invited actors in the project The Young and the Restless. The young talent has received the role of Phillip "Chance" Chancellor. The directors have involved Penn in the six episodes of the TV series. Due to the appearance in this series the actor has got the nomination for Young Artist Award.

In 2006 Penn received the role which turned out to be significant for his career. Penn Badgley has successfully passed the audition and turned into the character of Scott Tucker. This character was the leading one in the picture John Tucker Must Die. In this story, the scriptwriters and directors have demonstrated the consequences of the love to the girls at the early age.

People began to recognize Penn on the streets of the American towns, and outside the country, after the TV series, Gossip Girl had been released. The same-name books written by the famous writer Cecily von Ziegesar became the basis for the series' plot.

Gossip Girl is a cult series which tells about the life of teenagers from Manhattan. Penn has received the role of the ordinary young man from Brooklyn - Dan Humphrey. At some moment the Badgley's character and sister got to the prestigious school where there study the children of celebrities and wealthy people.

From the first days, Humphrey didn't succeed in his studies at this place. Dan Humphrey didn't want to adapt to the young men and girls who were dressed in the latest fashion trends. Though, this confrontation didn't last for a long time. At some point, the gorgeous girl of the school- Serena van der Woodsen performed by Blake Lively fell in love with the Brooklyn guy.

It seemed that there was a great social gap between the characters, but Dan understood Serena and helped the beautiful girl to cope with the difficulties in her life of the teenager from the wealthy family. The admirers of the series didn't understand how such a gorgeous girl could fall in love the low guy whose height was just 174 cm.

Serena has disclosed something new in Humphrey. As a result, the Brooklyn teenager has become the most popular guy in the school. Moreover, he has appeared to be the person who has been spinning the intrigues behind the backs of his schoolmates and close people. The series turned out to be extremely successful, and Penn Badgley has gained popularity.

This role could have become the most remarkable in the actor’s career, but life goes on even after the series Gossip Girl. And Penn has proved it. The eminent directors wanted to see the talented young actor in their movies, however not in the major roles. Though, the young actor isn’t disappointed with such a situation as it lets him dedicate his free time to the creative career in the music.

In the case with Penn Badgley, the screen love affair has quickly developed in the real relationship. In 2007 the young man had relations with the actress Blake Lively. Their relations turned out to be long-lasting. The couple broke up in 2010. The colleagues on the series Gossip Girl have decided not to comment on the reasons for their parting.

In the summer of 2011 Penn got acquainted with the daughter of the performer Lenny Kravitz. Captivating Zoë Kravitz enchanted the actor. The love affair between young people was developing very quickly, but in 2013 they separated.

Little information was known about the personal life of Penn Badgley after his parting with Kravitz. But in February of 2017, the young man announced his forthcoming wedding. The singer Domino Kirk is considered to be the beloved woman of the actor. The girl officially became Penn's wife on the 27th of February, 2017.

Badgley leads his page on the Instagram social network. Here the young man publishes the photos on which there are captured the events remarkable for the actor. These are not only the concerts but also charity events. Penn considers himself to be a socially active person.

During the elections of 2008, the actor supported Barack Obama. Together with Blake Lively, the young man took part in the advertising campaign of the future president of the USA. Later, American Red Cross invited Penn to the organization. Their cooperation with the actors, politicians and TV hosts helps to raise funds for the victims of the natural disasters.

There is no information about the current projects of Penn Badgley. The young man prefers to keep this in secret. But the actor’s life runs its course.

Penn travels and attends the concerts, finds spare time for music. In 2017 on the American television there was released the next project You with the participation of Badgley. 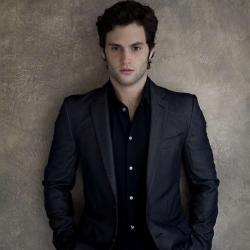