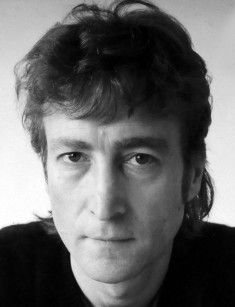 John Lennon was born in the port city of Liverpool. His mother Julia and father Alfred Lennon lived together for a while. Soon after the birth of the son Alfred went off to the war, and Julia met another man and married him. When John was 4, he moved to live with his mother's sister, Mimi Smith, who did not have her own children. The boy rarely saw his mother. They had friendly relationships, but they were not close.

John had a high IQ, but he did not do well at school, because he could not stand the routine of daily studying. But the boy began to unlock his creative potential in his childhood. John sang in the choir, published his magazine, and drew well.

There was the boom of the British rock'n'roll in the mid-50s. Teenagers began to create their own bands. Lennon joined the movement too. He organized his first the Quarrymen band. They named the band after the school where all its participants studied.

A year later, a boy from another district of the city joined the group. He was younger but could play the guitar much better. It was Paul McCartney, who soon invited his schoolmate, George Harrison.

Shortly before graduation, John Lennon managed to fail all final exams, and the only institution that agreed to accept an unusual teenager was the Liverpool College of Art.

But even graphic arts course did not attract John. He spent more and more time with Paul, George and Stuart Sutcliffe, whom he met in college and invited him to play the bass guitar in The Quarrymen. Soon the name of the band was changed to Long Johnny and Silver Beetles, and later they shortened it to the last word, changed one letter to make a word-play, and called the band The Beatles.

Since the early 1960's, the guys focused only on music. They not only made the cover versions of the famous hits but also started writing their own songs. Gradually the band became popular in native Liverpool, then the Beatles traveled to Hamburg several times, where they played in nightclubs.

At that time, the style of music and the image of the band was typical for a rock band. They wore leather jackets, cowboy boots, hairstyles like Elvis Presley and so on. But in 1961, Brian Epstein became the Beatles' manager and completely changed their image. The guys began to wear formal suits without lapels, to behave professionally on the stage. German photographer Astrid Kirchherr created the world-famous hairstyle of the Beatles, and she was the reason for Stuart Sutcliffe to stay in Germany.

The image change contributed to the popularity of the band. The band attracted even more attention after the performance at the Royal Concert Hall, where John Lennon said the famous phrase:

'For those of you in the cheap seats I'd like ya to clap your hands to this one; the rest of you can just rattle your jewelry!'

Later, he became the author of one more exciting phrase:

"Now we are more popular than Jesus Christ."

For the next few years, the Beatles lived practically in their trucks, constantly touring and releasing albums.

John, Paul, George, and Ringo stopped touring in 1967 and focused on recording and writing new songs, Lennon began to lose interest in the band. At first, he abandoned his leadership role in the Beatles. Then for the first time, he began to compose separately from McCartney.

Previously, they created all songs only together. After releasing a few very successful albums, the band ceased to exist. Officially it happened in 1970, but the band had problems for the last two years.

John Lennon recorded his first solo album in 1968 and called it Unfinished Music No.1: Two Virgins. Yoko Ono participated in the release of the album. It was a psychedelic experiment, recorded overnight. There are no songs in this album, it consists of a fragmentary set of sounds, screams, and groans. The following albums Wedding Album and Unfinished Music No.2: Life With The Lions were recorded in a similar way.

The first album with songs was John Lennon / Plastic Ono Band, released in 1970. The next album Imagine, released a year later, almost repeated the success of the last albums of The Beatles. The title song became his signature song and it is still considered one of the anti-political and antireligious hymns.

In 2004 Rolling Stone magazine ranked this composition number three on the list of 500 Greatest Songs Of All Time.

John Lennon is famous not only as the author of many popular songs. He is also known as an actor. Lennon played together with other members of the Beatles in the musical films A Hard Day's Night, Help!, Magical Mystery Tour and Let It Be. He also played Musketeer Gripweed in the military comedy How I Won the War, the satirical comedy Dynamite Chicken and the drama Fire in the Water. In addition, Lennon along with Yoko Ono shot several films as a director. In general, these were political social films.

John Lennon showed himself as a good writer in the 1960's. He published three books "In His Own Write" (1964), "A Spaniard in the Works" (1965), and in 1986 the book "Skywriting by Word of Mouth" was published posthumously. Each book is a collection of stories in the style of grim humor, written with a lot of errors, puns, and word-plays, which is reflected in their titles.

John Lennon married his classmate Cynthia Powell in 1962. In April 1963 they had a son, Julian Lennon. But the marriage was not strong because of John’s constant absence on the tours with the Beatles, and also because of the surging popularity. Cynthia wanted a quiet life and left her husband in 1967. They officially divorced a year later.

In 1966, John met Japanese avant-garde artist Yoko Ono. In 1968 they began a love affair. A year later John and Yoko got married and became inseparable.

The couple dedicated the song "The Ballad of John and Yoko" to their wedding. In October 1975, they had a son, Sean Lennon. After this event, John officially announced the end of his musical career, stopped touring, almost did not appear in public and focused on raising his son.

In late 1980, John Lennon released the studio album Double Fantasy after a long break. On December 8, 1980, he did interviews at the Hit Factory recording studio in New York. When he left the studio, the singer autographed a lot. He also autographed the cover of his own record for Mark Chapman.

When John and Yoko returned home and walked through the archway of Dakota, where they lived, Chapman shot Lennon five times in the back. The singer was rushed to Roosevelt Hospital within a few minutes. However, the doctors could not save the life of the famous musician, and he died the same day because of the blood loss.

Mark Chapman pleaded guilty and was sentenced to life imprisonment. He said that the desire to become as famous as John Lennon became the motive for the murder. 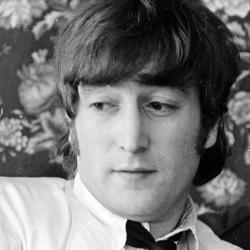