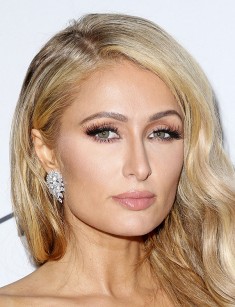 Paris Hilton is a famous American film actress, model, designer and also a singer and author of the songs. She could have become the successor of the huge "Hilton" empire which includes a chain of magnificent hotels, but she left on her own and lost her inheritance. But Paris hadn’t lost control of her life – she herself had learned to earn rather well.

Paris Whitney Hilton is the full name of the girl. The future celebrity was born in New York in February 1981. The father of the girl was engaged in business, and her mother was an actress. The great-grandfather of Paris – Conrad Hilton – is the founder of the most known Hilton hotel empire. Paris has a younger sister Nicky who became a famous model and designer and also two brothers – Barron and Conrad.

Childhood of Paris had passed in traveling. She managed to live in New York on Manhattan, in Hamptons, and in Beverley Hills. The girl was growing a capricious and spoiled child. It is accepted to call such children as "jet-set".

Paris Hilton changed several schools, one of which was a prestigious New York Dwight School. But she was excluded from every school for constant truancy. At last, she received the school-leaving certificate, though much later, then she had planned. In school days Paris Hilton got acquainted with her present best friends – Nicole Richie and Kim Kardashian who also became actresses.

In 2000 beautiful and attractive Paris Hilton began to work as a model in Donald Trump's "T Management" agency and managed to achieve certain achievements in her career.

Later she replaced several model agencies among which were the following – the prestigious New York "Ford Models Management", London "Models 1 Agency" and "Premier Model Management" and also the "Nous Model Management agency" in Los Angeles. The image of the charming blonde often appears on the covers of glossy editions. The girl leads a star life and quite often shocks public with her tricks. But she has her own way to the glory and she has achieved her goal: people talk about her more and more and make her tempting offers.

Paris Hilton regularly appears on the screen in various programs and TV shows. In December 2003 the audience saw her in high rate project "The Simple Life" on the Fox channel. The famous blonde participated in this reality show together with her female friend Nicole Richie, the daughter of the famous performer Lionel Richie. The show had had huge success, but it finished before the planned time: the girls had quarreled. The producers had to close the project after the 3rd season.

At some point, the model decided to try her hand in cinematography. The cinematic biography of Paris Hilton hadn't brought her popularity as for the actress. Nevertheless, in her filmography, there are several projects in which she has played supporting roles. These are the following movies - "Nine Lives", "Raising Helen" and "House of Wax". For work in the last picture, Paris received the prize of "Teen Choice Awards" for the best shout. Moreover, she even was nominated for "Breakthrough of the Year". But it’s all about her achievements in cinematography.

Next time Paris Hilton appeared on the screens in 2006. She got the leading role in the movie "Pledge This!". Then she had a role n the film "Bottoms Up" where she was again entrusted with the key character. But both projects hadn’t had special success and were criticized by the audience and the film critics.

However, the girl didn't consider her film career to be a failure. Therefore, two years later she again appeared on the big screen in the project under the title "The Hottie & the Nottie". It seems, that this work had a little returned the blond beauty to earth because this movie received 3 Golden Raspberry anti-awards at once for this work. But this hadn’t forced her to forget about cinematography forever. In a year the actress acted in the "Repo! The Genetic Opera" project.

From the bothering film business and model career, Paris Hilton had passed to other occupation which was new for her: she decided to become a singer. In 2004 she began to work on her debut solo album. It received the name "Paris". The album was recorded for 2 years and was released in 2006. As it had appeared, certain success was waiting for Paris in this sphere. Right after the release of the album it occupied the 6th position of "Billboard 200" chart. Kara DioGuardi, Greg Wells, Scott Storch and Jane Widling became producers of her CD. But the album was sold badly.

It is needless to say that such small trouble hadn't stopped the girl who had decided that she was a good singer. In a year the beauty announced that she was starting to work on her second solo album with dance music. Paris Hilton decided to record it at home. For this purpose, she equipped a professional studio. For this work, she was inspired by the songs of the famous Bob Sinclar. Scott Storch became the producer of this album.

The songs which entered the album were composed by Paris Hilton. The disc was released only 6 years later under the name of "TBA". But two compositions which entered the disc collection were presented by the singer at the beginning of her work on this CD, in 2008. They are called "Paris For President" and "My BFF".

At the beginning of 2000-s, the blonde found one more sphere in which she hadn’t presented herself earlier. This was writing. Together with Merle Ginsberg, she published the book "Confessions of an Heiress: A Tongue-in-Chic Peek Behind the Pose" for which she received 100 thousand dollars. However, the critics picked Paris Hilton's work to pieces, but the readers liked the book.

In the middle of the first decade of 2000, the star had shown her talents as a designer. She took part in the creation of the new collection of bags of popular Japanese firm "Samantha Thavasa". Then there was jewelry for Amazon.com online shop to which Paris Hilton had also applied her imagination. Paris wasn't limited to jewelry and bags and produced her own perfumery line.

At the same time, the creative blonde concluded the contract with the chain of nightclubs "Club Paris" which acquired the right to use her name. The first entertaining space appeared in the State of Florida, in Orlando. It had had considerable success. The second club opened in Florida, in Jacksonville, in 2006. But in a year the owner of the club chain Fred Kalilian dissolved the contract with Paris Hilton because of violation of several points by her. The girl often ignored the arranged meetings in clubs.

Omnipresent and energetic Paris Hilton tried her hand in advertising of "Carl's Jr." fast food chain and also she tried herself as a DJ. In 2003-2004 the name of Paris Hilton was included in the "Forbes" magazine. She managed to earn 2 million dollars. And in 2006-2007 the socialite enlarged her state up to 8,3 million dollars, having proved to everybody including her grandfather who had deprived her of inheritance that she was quite able to earn her living.

Paris Hilton gained popularity not only due to the movies, songs, and design collections. She often gets to the scandals which are later discussed in mass media.

For the first time the girl got acquainted with the police officers in September, 2006. Paris Hilton was arrested for driving in alcohol intoxication. She admitted her guilt and paid a fine of one and a half thousand dollars. And also she was appointed 36 months of a trial period. But it was difficult for Paris behave as a lady. At the very beginning of 2007 she was again detained by the road police officers. And a month later the beauty "again pleased" the yellow press with a fresh scandal. She was detained for speeding. In spring of the same year Hilton was sentenced to imprisonment of 45 days.

The relatives brought unruly Paris to prison at once after MTV Awards ceremony. But 4 days later the kind sheriff released the blonde under house arrest because she was sick. The court returned the girl back to the prison. She was released 23 days later, without having stayed the full term.

In fall of 2016 Paris Hilton visited Odessa. The socialite arrived at the opening of the new nightclub where she played her DJ-set. People who wanted to reserve the table in the club had to pay 20 thousand hryvnias. As a gift, the representative of the club gave to the visitor the bottle of "Cristal" elite champagne which price was higher than 7000 hryvnias.

The celebrity stayed in the best room of the expensive "Bristol" hotel, she was driving around the city in her white Lamborghini and was late to the club for 4 hours.

Paris Hilton also claims that she had relations with the film actor Leonardo DiCaprio. Then River Viiperi became her boyfriend, in May, 2013 the star publicly stated that she was going to get married with River. But in summer of 2015 in media there was information that the actress was meeting he millionaire Thomas Gross. Paparazzi captured the couple on the coast of Spain in June. Soon Hilton acquainted her new boyfriend with her parents. There are rumors that Paris thinks of becoming the citizen of Switzerland and is going to live there with Gross.

The star has a great number of fans. Millions of girls imitate her and watch closely the new photos and messages of Paris Hilton on Instagram. It’s remarkable that having fragile constitution, the girl weighs 52 kilos, and the girl has a model height of 173 centimeters, and an impressive shoe size – the 43rd. 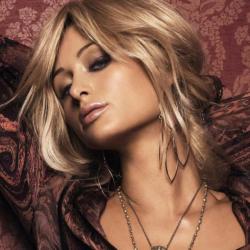