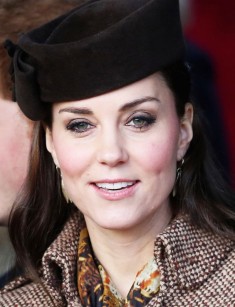 Kate Middleton was born on the 9th of January in Reading. Kate's father – Michael Middleton was a pilot of world-famous British Airways company. There is no exact information about her mother's job, but, apparently, Kate’s mother - Carol Elizabeth worked as a stewardess at the same airlines. It’s probably that father and mother of the future Duchess also got acquainted at work. Kate also has a younger sister Pippa and a brother James William.

Two years after Kate’s birth, her father shifted to work to the capital of Jordan where they had been living till 1986. Here Kate began to attend the kinder garden for the English children which was the only one in this district. After Kate had returned to England, she continued her studies at St. Andrew's School from which she successfully graduated in 1995.

Although Kate's ancestors originated from the working class, her parents already earned enough to provide their daughter in childhood. She could travel, study at the best colleges and universities and devote her time to charity. Kate Middleton received almost the same education and formation as a real aristocrat.

Then the future Duchess of Cambridge studied at Marlborough College where she practiced sports a lot. Kate was fond of hockey, netball, tennis, track, and athletics. While studying at the college, Kate Middleton finished the program of the Duke of Edinburgh with distinction.

Then the girl took a break for a year from her studies and traveled a lot. She also participated in the program of exchange in Italy and the charity program in Chile. Already in her youth, Kate began to take an active part in charity. When Middleton had got into the high society, she continued to be engaged in the charity activities.

Kate Middleton entered the University of St. Andrews. In this prestigious educational institution, she also got acquainted with Prince William. Later, after the marriage with Prince William, she became very famous. Kate got Bachelor’s degree in the history of art. In the beginning, she had been studying this subject together with the Prince, but later William had changed his specialty for Geography. The young man wanted to leave his studies in the first course, and, by hearsay, Kate had dissuaded him from this decision

Having finished studies, Kate Middleton began to work at the family "Party Pieces" company which was engaged in the delivery of holiday decoration and objects for the parties. Kate was involved in marketing: she designed catalogs and arranged photo shootings. In 2006 she began to work in parallel at the network "Jigsaw" shop, in the purchasing department.

Also, the girl dreamed of becoming a professional photographer and even was going to take the lessons at the famous British photographers. Kate had earned several thousands of pounds sterling for her photos.

The personal life of Kate Middleton had quickly attracted the attention of mass media representatives. There was the moment when the girl even had to ask for the help of her lawyers to protect her private life. Kate met Prince William at the university and at the same time she had faced hard competition for the attention of the Prince. Prince William was at the same time attracted to two girls who were studying at the faculty of the English literature. But it happened so that he had quickly forgotten about the future specialists in English literature and diverted his attention to Kate. Already in 2002, they rented a house together with Kate, and in 2003 it was a country cottage.

Their love affair developed under some unknown laws even though the young people took a lot of efforts to keep their relations in secret. Already then they couldn't be apart because they even spent their vacations together.

In 2003 the Prince turned 21 years. Kate was also invited to the celebration. It's noteworthy that only Kate visited his name-day. Even the model Isabella Calthorpe wasn’t invited. Their relationship became stronger and stronger, which wasn't surprising, as they lived together and studied at the same university. At the end of 2004, it was impossible to hide their love affair, and the press service of the royal family was forced to admit that the prince had relations with Kate who was a girl from an average family.

This news turned out to be shocking to the public. People began to compare Kate Middleton to the fairy-tale character of Cinderella. The people started to be interested in the girl's life. Mainly, the girls of the same age were interested in what parameters they should have to attract Prince’s attention. By the way, the Cinderella has rather average growth and weight – 175 cm and 60 kilos.

Kate began to appear in public together with Prince more often not only in everyday life but also on solemn occasions. Even though Middleton had never learned how the princess should look like, her appearance didn't cause any complaints. Soon, the girl received the title of a style icon. "Cinderella" manages to look elegant and perfect no matter if she wears a dress, a coat, jeans or even a Russian fur hat. That’s why Kate got one more nickname of "The English rose."

The photos with Middleton’s outfits appear after each event with her participation. She sets the stylish trends not only of England but the whole world as well. Kate also shares her photos on her Instagram page under the name of Kensington Palace.

In 2007 there appeared rumors that Kate and William had broken up. It was a rumor that a beauty Isabella Calthorpe became the reason for their separation. There was talk that Prince had even made her the proposal. Nevertheless, she refused, stating that she didn’t stand royal ceremonies. It’s hard to believe because the successor of the English throne doesn’t make proposals every day. Anyway, at the end of 2007 Kate and William restored their relations and on the 16th of November, 2010 they announced their engagement. The young people engaged in Kenya. After the betrothal the world media became active. It was about a slight scandal - the prince was going to marry a commoner.

Their wedding was held on the 29th of April, 2011 in London. Several hours before the wedding ceremony the Queen entitled William as Duke of Cambridge, Count of Strathearn, and Baron of Carrickfergus. After the wedding, Kate became Her Royal Highness, Duchess of Cambridge. Kate not only shocked the public with her background but also set up a kind of a record – she became the "oldest" bride of the prince in all British history. At the time of the wedding, Middleton was 29 years old

Despite the splendor of the wedding ceremony it turned out to be profitable for London. Those, who wanted to see the ceremony personally spent about 100 million pounds sterling for accommodation, food, and souvenirs.

On the 22nd of July, 2013 there was born the new successor of the English throne - George Alexander Louis. Kate and William began to call him just George, for simplicity. On the 23rd of October of the same year, the parents christened their firstborn. At once seven people became godfathers of the future monarch.

William and Kate visited Australia and New Zealand on an official mission in the April of that year. Together with George, they attended the sailing regatta, the zoo and also tried themselves as DJs at the local disco.

In 2014 very observant admirers of the Princess assumed that Kate was pregnant for the second time. The official representative of the palace confirmed this assumption, and in May of 2015, Kate gave birth to the Princess Charlotte Elizabeth Diana.

Two children haven't turned their royal parents into the homebodies. In 2016 the whole family had gone to Canada with an official visit. The Prince together with his wife and children had to visit more than 30 meetings and occasions. In Canada, the famous couple spent their time not only with politicians and stars, but also they attended the universities and small sporting events and holidays.

In the year 2017, the Royal family surprised the citizens. In January Kate turned 35 years, and the whole country was looking forward to seeing the news about the beautiful and festive event. But there was no celebration. Kate’s husband didn’t let her organize a big party. That day Prince William was on duty at medical aviation.

Such behavior of the spouse can become clear by the fact that recently the British people had considered him, his wife and Prince Harry the laziest residents of the State. The Crown Prince wasn't happy with such rank and tries as hard as he can to change his image and public perception of his family.

In spring of 2018, one more child was born in the Royal family. On the 23rd of April, 2018 Kate Middleton gave birth to their son at English hospital. The childbirth had taken place in Saint Maria's hospital. According to the information of mass media, the obstetricians spared the whole wing to the arrival of the Duchess of Cambridge. At first, the successor of the Royal family will live in Kensington Palace together with his brother and mother. The third child of the Royal couple was called Louis Arthur Charles. The boy was entitled His Royal Highness Louis of Cambridge.

On the 19th of May, 2018 Kate and William appeared together for the first time after the childbirth at the wedding ceremony of Prince Harry and Meghan Markle. William became a best man at the wedding, and Kate again became the most elegant woman at the celebration. It's noticeable that the wives of princes are friendly. 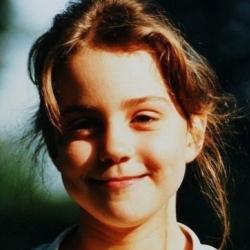