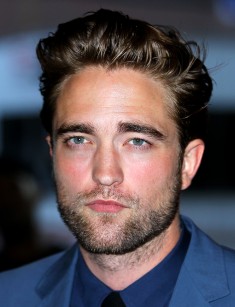 Robert Pattinson is a famous British actor. He was born on the 13th of May, 1986 in the suburbs of London. His father Richard is a businessman in the sphere of the transportation of vintage cars from the USA. Robert’s mother Clare was engaged in the model career.

Robert has two elder sisters – Lizzy and Victoria. Lizzy is a professional musician and a famous composer. And Vicky has her career in advertising sphere.

Robert Pattinson studied at the specialized school for boys. But at the age of 12, he was expelled from the school. It's remarkable that the star avoids the question why this had happened. But his former schoolmates turned out to be more talkative. They told that the boy felt very sorry for the snails whom children pressed with their boots, being delighted with a loud crunch. That’s why he collected them together in the box which he constantly was taking with himself. The teacher didn’t like it. Compassionate Robert was expelled.

His parents had to transfer him to one of the private schools in Barnes. It is known that in early years Robert Pattinson was incredibly shy and reserved. Nevertheless, he dreamed of the acting career. His mother had given him a helping hand. Her son tried himself in the model career and managed to overcome his shyness.

When Robert Pattinson was 15 years old he began his creative biography. He debuted on the theatrical stage of Barnes studio. His first roles in the performances "Anything Goes", "Macbeth" and "Tess of d’Urbervilles" were very successful. The directors paid attention to the young actor.

In 2004 Robert Pattinson had his TV debut in the small episode of the movie "Ring of the Nibelungs". Due to this role the young actor was noticed by the American film director Mira Nair.

Nair paid attention to the attractive appearance of the young actor and suggested him to play a supporting role in the movie "Vanity Fair". But the director wasn’t satisfied with actor’s acting. All the scenes with the participation of Robert Pattinson were cut out. The audience could see them only on the DVD version.

The year 2005 was more successful for the British actor. He received a noticeable role in the picture "Harry Potter and the Goblet of Fire". It’s remarkable that acquaintance with the director Mike Newell had taken place in 2003. And Newell, choosing the candidate for the role Cedric Diggory, at once remembered Robert. One curious moment: before the shootings, Pattinson hadn't read a page of the well-known series about the wizards. But then he became fond of the "potteriana".

After the release of the film, the actor began to receive leading roles in the movies. He got his first major role in the drama "The Haunted Airman". It was the character of the military pilot stuck in a wheelchair.

Soon the audience saw Robert in the sparkling comedy movie "The Bad Mother’s Handbook". The wave of success forced the representatives of the model business to remember the tall handsome actor. Robert Pattinson again appeared on the podium. In 2007 he delighted the public with his appearance on the pages of popular "Hackett’s" catalog where he was demonstrating the autumn clothing collection.

The breakthrough and true glory were waiting for the actor in 2008. This year there were several movies with his participation at once. Robert Pattinson reminded himself in the pictures "Little Ashes", "The Summer House" and "How to Be". But these roles hadn't made him popular. It was the male leading role in the fantasy melodrama "Twilight" which had brought him huge success. In this world-famous saga, the British actor received the role of the brutal vampire Edward Cullen with the languishing look which had conquered millions of female spectators. Critics agreed in opinion that it was Robert who helped the picture to receive world recognition and extreme success.

It’s noteworthy that since early childhood Robert Pattinson was fond of music. He perfectly plays the guitar and the piano and he also composes music. This talent of the actor turned out to be useful in the popular saga "Twilight". He participated in the creation of the header musical theme and official soundtrack to the movie. The musician went on tour over the country together with the "Bad Girls" band for some time. In 2009 the actor took an active part in charity and raised money for the victims of Haiti earthquake.

In 2008 and 2009 Robert Pattinson was included into the list of "The sexiest men of the present times" according to the "People" magazine. And in 2009 he was entitled "The sexiest man" by "Glamour" magazine. In 2010 according to the famous British edition of "The Sunday Times" Pattinson entered the list of the most influential and young millionaires of Great Britain.

Movies by Robert Pattinson "Water for Elephants" and "Remember Me" were the next successful works in which the actor managed to prove to all the skeptics that the status of the star was not received by chance. In these pictures, he had got dramatic characters. The critics and the audience agreed with the opinion that the actor was able to perform versatile roles, including deep and psychological characters.

Today Robert Pattinson continues to please his admirers with new movies. In autumn of 2016, there was held the premiere of the picture "The Lost City of Z" where the idol of millions had got a remarkable role. Lots of people noticed, that already slender actor became even more slender. The matter is that for this new character he had to lose weight for 15 kilos.

As Robert Pattinson told, he was not the only one to lose weight. The whole team of the movie had to do it too. An egg for breakfast, avocado, and fish for lunch – such was their diet throughout the film-making process which had lasted for a couple of weeks.

It’s worth noting, that the skinny face of the star was accompanied by the beard which was hiding his hollow cheeks a little bit. As it appeared, the actor also needed a beard for his role. Pattinson admitted that he was growing his beard "the whole eternity" and then he was extremely glad to the opportunity to get rid of this bothering hair.

Russian fans of the star were in anticipation: the premiere of the new movie of Robert Pattinson "The Lost City of Z" was set for spring of 2017 in Russia.

Personal life of Robert Pattinson is connected with the name of his partner on "Twilight". During the shootings of the first part of the vampire saga in 2008 Pattinson had fallen in love with the actress Kristen Stewart playing Bella Swan's role. The couple had unstable relations: they constantly separated and got back together, quarreled and reconciled. But, despite all the quarrels, Robert Pattinson and Kristen Stewart decided to be together: the actor made a proposal to his beloved and even bought the house for their future family.

But in 2012 the loud scandal had burst out and then the parting followed. All this happened because of Kristen Stewart's betrayal with - the director of "Snow White and the Huntsman" - Rupert Sanders. In anger rush, Pattinson sold the mansion. After a while, the press began to notice couple together again. Two stars tried to renew their relations spoiled by the betrayal, but this attempt was vain.

To forget about this painful passion, Rob began to look for a new girlfriend. Beauties who were noticed near him replaced one another. Dakota Fanning, Katy Perry, model Imogen Ker and Sean Penn's daughter Dylan – all these girls for a while appeared with the star. But these love affairs were short.

Not so long ago the admirers of the star were shocked with the scandalous and unexpected news about their favorite actor. On one of the websites, there was a message that Robert Pattinson had made coming out. The website placed the interview in which the actor admitted his love affair with the male model Brad Owens. Allegedly after the acquaintance with Brad, the actor had understood that he was gay, and he was completely in love with that young man.

As it appeared, the sensational news which was picked up and spread around by many American tabloids was a usual fake. And the Indian edition which had placed this "exclusive" information was noticed in the distribution of similar "news" long ago. Recently this edition "buried" Jaden Smith, Will Smith’s son.

Meanwhile, the personal life of the famous British actor had improved to the best. He began to meet beautiful Tahliah Barnett, she is the singer known by the pseudonym of FKA Twigs. The girl managed to raise the relations with the idol of millions to qualitatively new level for a short period of time. In half a year after the acquaintance, Robert Pattinson presented her with a ring which is a promise ring. It’s worth reminding that Stewart had been waiting for the similar action during three years after the acquaintance.

It is said that at the beginning of 2016 Tahliah issued the ultimatum to her groom, demanding to decide on their relations quickly. And, apparently, she achieved the desired. According to insider information the engagement had already taken place.

To become even closer to the star groom, Barnett decided to try herself as an actress. She has already played a small role in the drama "Brighton Beach" and she plans to continue.

The relations of this beautiful couple are constantly in sight of paparazzi who follow the stars all the time. The romantic photos of the lovers often appear in tabloids. Not so long ago they were captured walking around New York. Then they were photographed during their romantic walk in Paris. Tahliah had to get used to the fact that she would be constantly at the center of attention.

Young people try not to attract attention to themselves. Robert Pattinson and his beloved woman choose some plain clothes and try to blend in the crowd and to be disguised with the help of glasses and hats. But all the same, people recognize them. First, it was difficult for the girl to make up with such situation. But a little bit later she understood that if she wanted to live with the celebrity, then she should get used to continuous flashes of the cameras and curious searching glances. 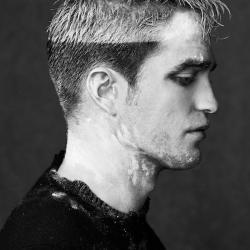