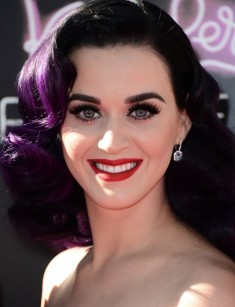 Katheryn Elizabeth Hudson known as Katy Perry is the American singer performing her own songs for the most part. The hit song “I Kissed a Girl” made her famous all over the globe. The singer has been nominated for the Grammy Award 13 times. She is at the peak of her popularity now: she is one of the three richest musicians.

Katheryn was born in Santa Barbara, California, into the family of Maurice Hudson and his wife Mary Christine Perry. Both parents are Evangelical church pastors. Katy has the older sister Angela and younger brother David who also tried himself in the sphere of musical imagery. It is interesting that Katy Perry is not the first famous person in her family: her uncle on the mother’s side Frank Perry is the theater and movie director and the creator of many movies including the popular tragicomedy “Compromising Positions.”

Before the girl turned 11, the family was constantly moving across the country because of the parents’ job. The children were brought up according to the strict religious moral principles. Katy and her brother sang in the church choir.

The family did not appreciate the modern music, but the teenage girl got acquainted with this style thanks to her school friends. Alanis Morissette, Joni Mitchell, and the groups Queen, Nirvana, and Heart were the girl’s favorite performers. At 15, Kate left school and decided to become a singer. The girl took a short Italian opera course at the Nashville Music Academy, took country music lessons, and started making demo versions of her own songs.

The early career was not marked with great success: the first singles “Trust in Me” and “Search Me” were not very much popular as well as the debut gospel album “Katy Hudson,” although critics gave quite positive reviews. In a while, the singer recorded the soundtrack “Simple” for the movie “The Sisterhood of the Traveling Pants.”

At that moment, the young woman took her mother’s maiden name as her pseudonym and became Katy Perry. As the singer explained later, her real name “Katy Hudson” was similar to the name of the actress “Kate Hudson” – the singer did not want any associations.

The main breakthrough took place in 2008: the song “I Kissed a Girl” was a great thrill in the world’s pop music. The popularity of the single was strengthened by the full-length album “One of the Boys” that became platinum. The song “Hot n Cold” was another hot fancied by the audience. Soon, the composition “If We Ever Meet Again” recorded with the rapper Timbaland was released.

“California Gurls” was the new hit of the bodacious singer: it topped charts of all English-speaking countries for almost two months. The following album “Teenage Dream” had four hits: “Last Friday Night,” “E.T.,” “Teenage Dream,” and “Firework.” Thus, Katy Perry achieved the same success as Michael Jackson did: five songs from one album became number one in music charts.

On the wave of success, the musical movie “Katy Perry: Part of Me” was released. The movie tells about the singer’s biography since her early childhood to the present days. Perry’s star colleagues, such as Rihanna, Lady Gaga, Justin Bieber, and Britney Spears, appeared in the movie.

Katy Perry’s solo album “Prism” came out in 2013; the most popular songs were “Unconditionally” and “This Is How We Do.” Besides, Perry’s two music videos had a billion views on the music channel VEVO on YouTube: these were the 2013 hit songs “Roar” and “Dark Horse.” In winter 2015, the singer performed the songs from her last album during the Super Bowl halftime. This mini-concert is considered the most successful show in the history of such games.

In 2015, Forbes listed Katy Perry as the highest-paid singers whose income totaled up $135 million. Billboard Hot 100 placed the singer 24 in its popularity rating. Apart from her music achievements, Perry signed an agreement with Moschino and became its spokesperson.

In summer 2016, Katy Perry announced the new composition “Rise” that was the official hymn of the Olympic Games-2016.

Katy Perry used to date Travis McCoy, the lead vocalist of the American group “Gym Class Heroes.” She even appeared in the group’s music video “Cupid’s Chokehold.” At the end of 2008, the star couple split up.

In a while, Katy Perry and the British comedian Russell Brand started seeing each other and announced their engagement on New Year’s Eve 2010.

The couple married on October 23, 2010, in India. However, the marriage did not last long: on December 30, 2011, Perry and Brand filed for divorce. It is interesting that Brand did not claim the share of the spouse’s property, although he had a legal right to do so.

The musician John Mayer was the celebrity’s next boyfriend; the couple lived together for three years. Since February 2016, the media have been frequently mentioning Katy Perry and Orlando Bloom as a couple. The young people met at the Golden Globe ceremony and appeared together in many places later.

In spring 2017, Katy Perry and Orlando Bloom seemed to have broken up forever. However, they reconnected their relationship in less than a year: they went to the Maldives together. In March 2018, Daily Mail reporters found the lovers in the Czech Republic.

Katy Perry created her own perfume line that presented many products for women, for instance, Purr, Meow, and Killer Queen. The singer donates much money: in spring 2016, she donated $1 million to “Donors Choose.”

Katy Perry continues to be the successful pop singer, and tabloids frequently mention her. At the beginning of 2017, the single “Chained to the Rhythm” was represented; it sounded at the 59th Annual Grammy Awards and iHeart Radio Music Awards ceremonies.

The next works followed: the single “Bon Appétit” introducing the upcoming album and “Swish Swish” recorded with Nicki Minaj. The latter song sounded at the MTV Video Music Awards ceremony. In summer, the presentation of “Roulette” was held on VEVO channel.

The new album “Witness” release took place in summer and was marked with the first position in the national chart. The premiere was accompanied by the reality show where the singer’s daily life was shown. The program lasted for three days and was watched in 190 countries. In September, the singer went on the world tour in support of the new album. At the end of the year, the music video “Hey Hey Hey” was presented to the audience.

Apart from her solo performances, Perry actively collaborates with her colleagues. For example, her voice sounds in Calvin Harris’s “Feels.”

At the beginning of 2018, FOX Channel broadcast the 16th season of “American Idol”; Katy Perry was the judge member of the team along with the country singer Luke Bryan and American pop-scene star Lionel Richie. The singer marked the brightest moments on her Instagram page. She also posts other significant photos there.

The singer has been involved in the controversial incident. In 2017, Katy Perry began to work on the contract with the church diocese in order to buy the former nunnery building in Los Angeles. The old nuns who were still living there responded negatively. The court process began. According to the order issued, the nunnery building was to be sold to Katy Perry. During the court processes, one of the nuns died because of the stress caused by the event. 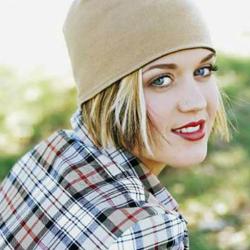