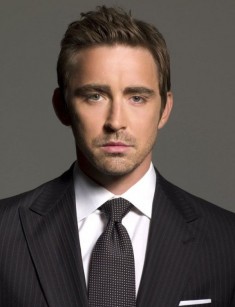 Lee Pace is a Hollywood actor, who has become popular due to his roles in the series Pushing Daisies, Halt and Catch Fire. The actor has gained world recognition after he appeared in two popular franchises. In the fantasy saga The Hobbit: An Unexpected Journey, a screen version based on John Ronald Reuel Tolkien's story. In this movie, the actor played the role of the king of the forest Elven king Thranduil. Lee Pace appeared in the role of the villain Ronan, the Accuser in not less popular movies of Marvel studio.

Lee Grinner Pace was born in March of 1979 in Chickasha. It’s a town in Oklahoma. But he spent his childhood and youth in Bahrain. The matter is that Lee Grinner’s father worked as an oilman and was working for a long time on the oil platforms in the Arab Emirates. Here Lee Space began to attend school though he finished high school in Houston where his family settled after returning to the USA.

During these years young Pace became seriously engaged in the acting sphere. The guy was so captivated by the acting on the stage that he even left his studies at school.

At the age of eighteen Lee Pace already was sure about his future profession. In 1997 he was admitted to the famous Juilliard Drama School. Anthony Mackie and Tracie Thoms studied together with him.

Lee Pace continued his creative biography during the student’s years. He was entrusted with the responsible roles in the plays Romeo and Juliet, Julius Caesar and Richard III and the actor has brilliantly coped with his roles.

After the completion of the studies at dramatic school Pace performed on the Broadway. For his work in the play Little Tragedies, he was nominated for the award of Lucille Lortel as an outstanding actor.

Lee Pace has become famous, though we are talking about scandalous popularity after his appearance on the screen in the drama Soldier's Girl. It was the debut of the beginning actor in cinematography. It wasn’t easy for him to agree to play the role of the transsexual (that "soldier's girl"), but Lee considered that he had entered the world of the theater and cinematography exactly for this – to embody the versatile images in a realistic way and to present someone’s life story to the audience.

The debut was more than just successful, and Pace received the prestigious awards Gotham and Golden Globe Awards. This has become the starting point from which Lee Grinner Pace began to receive quite interesting offers from the directors. He played the leading roles in the high-rate series Wonderfalls, the movies The White Countess, Notorious and The Good Shepherd.

Lee Pace became extremely popular after the release of the movie The Fall on the screen in 2006. In this movie, he had to play the leading role together with the 5-year-old actress Catinca Untaru.

In this picture, the talented actor was noticed by the director Peter Jackson. The director was carrying out the auditions and selecting the actors for his project The Hobbit: An Unexpected Journey. Lee received the invitation to play the role of Thranduil.

The Elvin king Thranduil is not the leading character of the trilogy, but the appearance of Lee Pace on the screen in this image surprised his admirers so much that the hero became one of the symbolic characters of the movie franchise. He even began to have his own fan club with a number of fan drawings, comics, and collages. As the director confessed later, this character embodied by Pace turned out to be one of the best images in this project.

During the shooting period of the movie The Hobbit: An Unexpected Journey Lee Pace also managed to receive two more prestigious awards - Golden Globe and Emmie Awards for the brilliantly performed role in the comedy movie Pushing Daisies. The series was broadcast from 2007 till 2009 and received the highest appreciation of the movie critics.

In his humoristic mystic series, Lee Pace performed the leading role of the confectioner who in some mysterious way managed to revive the dead people in one minute. The private detective decides to use this confectioner’s talent. This detective solves the cases after such posthumous conversations. Even though the series Pushing Daisies received 17 nominations for Emmy Awards, it was closed after the second season. That’s why the secret of the origin of the gift of reviving the dead people remained a mystery for the TV spectators.

Perhaps, because of such intrigue Pushing Daisies for a couple of years headed the top rates of the series which continuations TV spectators found the most desired.

Among the recent brightest and unforgettable movies, it's worth noting the movie Lincoln and the sequel of the cult vampire melodrama The Twilight Saga: Breaking Dawn — Part 2. Besides, the actor continued to take part in the fantastic saga about the Hobbit. In 2012 there was released the movie The Hobbit: The Desolation of Smaug and a year later – the final part of the movie trilogy The Hobbit: The Battle of the Five Armies.

Moreover, in 2014 Lee Pace got one more bright and expressive role in the popular franchise. In the fantastic fighter Guardians of the Galaxy which according to its plot enters the Marvel movie universe, the actor performed the role of Ronan the Accuser – the main villain of this movie. According to the plot the villain hunts for the mysterious sphere in which there is an artifact which can destroy the whole planets.

Ronan is an alien belonging to Kree race that’s why the actor had to work in the special make-up, though it didn’t prevent Pace from demonstrating his acting skills.

At the age of 37, the Hollywood star is still single. Lee Pace's personal life is often discussed in the tabloids referring to his nonconventional sexual orientation. Nevertheless, Pace hasn’t appeared with the coming out (it's a frank, open recognition in the belonging to the LGBT community). That’s why nobody can call him the gay officially.

It’s noteworthy that after the release of the second part of The Hobbit the open gay Ian McKellen when mentioning the gay actors in one of his interviews also called Lee Pace among the other.

At the very beginning of 2014, the OUT edition which is released by the LGBT community included the actor's name to the list of desired bachelors. Lee Pace hasn't denied this information.

In 2016 there appeared the gossips that Lee lives with his Richard Armitage. Though, the actors don’t comment on the rumors and don’t deny it as well. This only warms up the conversations of actors do not comment on rumors, though do not disprove them that only heats the conversations about their love affair.

The actor leads a popular account on Instagram where Lee Pace has more than 100,000 subscribers. The actor publishes the photos from his daily photos, which aren’t processed. Moreover, the actor, of course, publishes the posters of the forthcoming movies, as well as some pictures he likes, placards and posters, often with social and ecological slogans and appeals.

In 2017 Lee Pace appeared in the new movie. The actor played the role of Dr. David Daniels in the drama thriller The Book of Henry. The picture narrates the life of the family, in which a single mother brings up two sons, one of whom is a genius.

Moreover, in 2017 there came out the fantastic fighter under the title Revolt. The earth is occupied by the high-tech aliens. The special forces soldier who has lost his memory and a female doctor have to struggle against them.

The premiere of the movie The Party's Just Beginning is set for 2018. In this movie, the actor will perform the role of Dale. The movie is shot in the genre of drama with the comedy elements.

The actor’s plans for 2019 are also known. The actor will return to the role of the villain Ronan the Accuser in the next movie of Marvel Studio - in the film Captain Marvel, the solo picture about the new superhero who later will join the structure of the movie universe.

Except for this, Pace began to work in the new movie Driven in which he will appear in the role of a John DeLorean. The film is based on the biography of the popular American engineer with a Romanian-Hungarian background. This engineer has constructed the cult Delorean car. 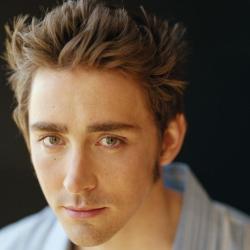