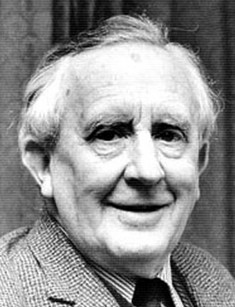 The creator of The Lord of the Rings, John Tolkien was a talented writer who originated a new literary genre and influenced the future writers. There is no wonder the modern fantasy is based on the master’s works. Ursula Le Guin, Joanne Rowling, Christopher Paolini, Terry Brooks, and other authors were somehow mimicking him.

Few people know that John Ronald Reuel Tolkien was born on January 3, 1892, in an African town Bloemfontein which used to be the capital of Orange Free State until 1902. The boy’s father, Arthur Tolkien, was a bank manager. Together with his pregnant wife, Mabel Suffield, he moved there because he had been promoted. On February 17, 1894, the second boy, Hilary, was born.

Tolkien had German roots: his distant relatives came from Lower Saxony. According to the writer, his second name “Tolkien” derived from the word “tollkühn” that could be translated as “recklessly brave.” The majority of John’s ancestors were craftsmen. The writer’s grandfather owned a bookstore, and his son sold fabrics and stockings.

Tolkien’s childhood was not rich in events. However, the writer often remembered the day from his early childhood: he was walking in the garden when he stepped on a tarantula; the spider bit him immediately. The boy was panicking; he was rushing about until his nanny caught him and sucked the poison out of the wound.

John said he did not have terrible memories related to those creatures. However, creepy spiders appear in his books and threaten characters.

When John turned four, Mabel and her sons went to England to visit their relatives. While the mother and the kids were enjoying the British scenery, the tragedy occurred: the father died of rheumatic fever. Thus, the widow and her sons had nothing to live on.

The family settled at Sarehole where her ancestors used to live. However, Mabel’s parents did not welcome her: the grandparents had not approved of her marriage to the English banker. The woman did everything she could; she converted to Catholicism. At that time, it was outrageous for England: the country did not recognize this branch of Christianity. This action gave the Baptist family the ground to renounce Mabel once and for all.

Suffield was like a hamster in a wheel. She taught her children how to read and write. John was a diligent student: by four, he could read and devoured classic books rapidly. The boy adored Lewis Carroll and George MacDonald, but he did not fancy brother Grimm’s and Stevenson’s works.

In 1911, the talented young man and his friends, Rob, Jeffrey, and Christopher, organized the secret Tea Club and Barrovian Society: they loved tea which was sold illegally at school and in the library.

In fall of the same year, Tolkien continued his education: he chose the prestigious Oxford University and easily entered there.

After the graduation from the university, John joined the army: in 1914, he went to the First World War voluntarily. The young man participated in bloody battles; he survived in the Battle of the Somme and lost two comrades there. For this reason, he hated war for the rest of his life.

Because of the war, John was disabled. When he came back home, he started teaching and building his career. At 30, he was Professor of Anglo-Saxon and Literature. The man was a talented philologist. Later, he admitted he created the magical worlds so that the invented language he liked seemed natural. Thus, the person who was known as the best language expert at Oxford University took a pen and created his own world (the ideas appeared when John was a school student). Tolkien introduced the collection of myths and legends Middle-earth which later transformed into The Silmarillion (the cycle was published by the writer’s son in 1977).

On September 21, 1937, Tolkien pleased fantasy lovers by his book The Hobbit, or There and Back Again. It is peculiar that John made it up for his small children: he was going to tell them about the adventure of courageous Bilbo Baggins and the wise magician Gandalf who owned a Ring of Power. This story was published by chance and earned the tremendous popularity among readers of all ages.

In 1945, Tolkien presented the short story Leaf by Niggle full of religious allegories. In 1949, the humorous tale Farmer Giles of Ham. Six years later, the writer began to work on the epic novel The Lord of the Rings that continued the story of the brave hobbit and the powerful magician in the wonderful world of Middle-earth.

The manuscript turned out to be large. The publisher decided to divide the book into three parts: The Fellowship of the Ring (1954), The Two Towers (1954), and The Return of the King (1955). The book series was so popular that the Tolkien “boom” overwhelmed the United States, and the books were flying off bookstore shelves.

In the 1960s, the cult of Tolkien began. John was famous, and people said he should receive the Nobel Prize for Literature. Still, the writer never won this award.

Later on, John created the poetic cycle The Adventures of Tom Bombadil and Other Verses from the Red Book (1962), The Road Goes Ever On (1967), and the short story Smith of Wootton Major (1967).

Other works, such as Tales from the Perilous Realm (1997), The Children of Húrin (2007), The Legend of Sigurd and Gudrún (2009), were published after the writer’s death; it was his son Christopher, also a writer, who did it. He wrote The History of The Lord of the Rings and analyzed his father’s non-published books. The cycle consists of several parts: The Book of Lost Tales, The Shaping of Middle-earth, Morgoth's Ring, and so on.

The world of Middle-earth

There are Biblical motives in Tolkien’s books. He pictured the real world through the lenses of literary allegories; for instance, the resemblance between Frodo and Jesus Christ is pretty evident.

Rumors have it John had dreams about the Great Flood in his early childhood and was interested in the history of Atlantis, Shakespeare’s books, and epic poems. He tried to translate Beowulf. Thus, it was not a coincidence that John created the universe of Middle-earth: it was the inspiration and the true objective result.

John Reuel devoted his entire life to explore this imaginary world. Middle-earth held many stories: Hobbit, The Lord of the Rings trilogy, and partially The Silmarillion and Unfinished Tales.

The world lets a reader dive into the magical adventures and the confrontation between good and evil; every detail is well-thought. John not only thoroughly described the territory and its races but also drew several maps that embraced a part of the imaginary land (some maps did not come to publishing).

The writer also created the sequence of the events before the Years of the Sun, from the Valian Years to the last battle that finished the story of Arda, Dagor Dagorath. Tolkien gave “Middle-earth” to the eastern part of Arda where mortals lived.

Indeed, John used to say the continent was located on our planet and existed in the distant past; it was a short period in the history of Earth. At the same time, he said Middle-earth was the secondary reality pertaining to a different level of imagination.

The territory is separated by the Misty Mountains. Forochel Bay surrounded by the blue mountains was in the north, and the Corsairs of Umbar could be found in the south. Middle-earth also included the state Gondor, the region Mordor, and the country Harad.

Mabel instilled the love for God in her son; John Tolkien was a devoted Catholic who knew much about the church rituals. In politics, the writer held the traditional vies and sometimes supported the breakup of Great Britain. He did not like industrialization and preferred a simple, peaceful rural life.

John was a perfect family man. In 1908, he met Edith Bratt who was an orphan at that time and lived in a boarding house. The lovers often sat in a café, watched people from the balcony, and threw lumps of sugar at them for fun.

Francis Morgan did not like this relationship: he believed it was an obstacle to the young man’s studies. Besides, Edith’s faith was different: she was a Protestant. To marry Tolkien, she converted to Catholicism later. Morgan made a condition: he could receive a blessing only when he would turn 21.

Edith thought Tolkien had forgotten her and even accepted the proposal of another man. When John reached the legal age, he immediately wrote a letter to Bratt and revealed his feelings. The young people married on March 22, 1916, in Warwick. The marriage was happy and lasted for 56 years. Edith and John had four children: the sons John, Michael, Christopher, and the daughter Priscilla.

Edith Tolkien died at the age of 82; John lived a year and eight months longer. He died on September 2, 1973, because of a bleeding ulcer. The writer was buried in the same grave as Edith at Wolvercote Cemetery, Oxford.

John’s contribution to the culture of the next epochs is immense. His ideas were used in board and computer games, music compositions, animated and feature movies. Peter Jackson’s trilogy The Lord of the Rings is probably the most famous work of art; these movies starred Elijah Wood, Dominic Monaghan, Orlando Bloom, Cate Blanchett, Andy Serkis, and other actors. 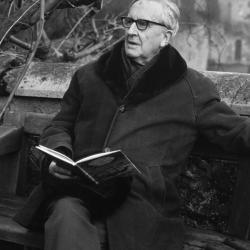