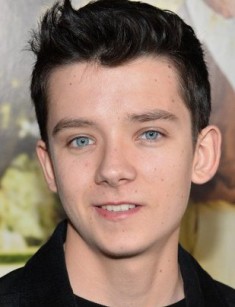 Asa Maxwell Thornton Farr Butterfield is the full name of the rising star of British cinema. Fans call him Asa Butterfield. The 19-year-old guy has already starred in such series as "Merlin" and "Ashes to Ashes" as well as in the sensational films "Hugo" and "The Boy in the Striped Pyjamas", after which the young actor became famous not only in his native England.

He was born in April 1997, in the capital of Great Britain. He is the second child in the family of a housewife Jacqueline Farr and an English actor Sam Butterfield. Asa has an elder brother and a younger sister.

The future of Asa Butterfield was determined at a rather early age. In childhood, the boy decided to become an actor. He appeared on the stage at school. At first, it was the stage of an amateur school theater. His parents, immediately noting the inclinations of their son, sent him to castings in order not to waste precious time.

Asa Butterfield has a net worth of $5 million.

The acting biography of Asa Butterfield began at the age of 9. The boy made his debut in the children's drama series "After Thomas" by the English director Simon Shore. This small role opened the name of the young actor not only to the audience but also to the directors. From that moment, Butterfield's career began to develop rapidly.

In 2007, Asa received an offer to star in the comedy action movie by Garth Jennings "Son of Rambow". He played an episodic role.

But in 2008, the 11-year-old Butterfield felt what it means to be famous. The well-known director Mark Herman chose Asa from several hundred applicants for the main role in the military drama "The Boy in the Striped Pyjamas." This film tells about the Second World War and the 8-year-old son of the concentration camp commandant. The young actor got the role of the boy. His father in the drama was played by the Hollywood star David Thewlis.

The drama became really successful not only because of the excellent scenario but also to the talented play of Asa Butterfield. The film won the prestigious "Goya" award as one of the best European film projects. After the release in Europe and America, the drama got a dozen other awards, and also brought its creators generous box office - more than 40 million dollars. Film critics and filmmakers praised the young actor. Asa was nominated for the British Independent Film Award.

After the successful project, there were other interesting proposals. In 2010, the talented teenager appeared in the fascinating comedy "Nanny McPhee" with such stars of the film industry as Emma Thompson, Maggie Gyllenhaal, and Rhys Ifans.

At the age of 14, Butterfield received an offer to star in the film by Martin Scorsese. The famous director chose Asa for the role of the boy Hugo in the adventure film "Hugo". Jude Law played the father of Hugo.

The result of the film was five "Oscars" and 6 nominations for this most prestigious award. Unlike the drama "The Boy in the Striped Pyjamas", which received festival fame, "Hugo" brought Butterfield mass popularity. The film was released and became successful in Europe, America, and Asia. After the participation in the Scorsese project, Asa became a Hollywood star.

He became even more famous after the release of the action movie by Gavin Hood "Ender's Game". The film was released in 2013. Asa starred along with Ben Kingsley, Harrison Ford, and Viola Davis. Butterfield played the quiet guy Ender - whose task is to save the humanity. It was successful.

Today, the young Hollywood star continues to appear in successful projects. The audience and film critics like his films. He starred in "X Plus Y" and "The White Circus". In the film by Chris Lavis "The White Circus”, Asa Butterfield played the role of a pilot. The film was released in 2015.

Fans of Asa's talent were waiting for the release of the fantastic film by Tim Burton “Miss Peregrine's Home for Peculiar Children”. At the beginning of October 2016, the premiere of the film took place in Russia and other CIS countries. Butterfield got the main character - Jacob. This is another amazing role in his career.

Today, the young actor is focused on his career and is not going to get married. 19-year-old Asa has a lot of different hobbies. He plays the piano well, loves to take care of his cats, meets with his friends. He enjoys playing squash and reads a lot. And yet, like many guys of his age, he likes to play computer games.

Asa Butterfield appeared in public with his charming colleague Ella Pernell. But young people do not comment on their relationship. 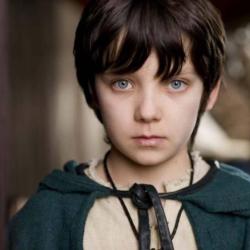