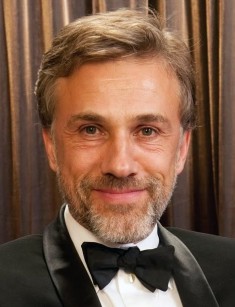 Christoph Waltz is an Austrian actor who became famous for the portraying SS officer Hans Landa in the Quentin Tarantino’s film Inglourious Basterds. This role brought the actor prestigious film prizes such as the Academy Award, Golden Globe Award, BAFTA Award and the award at the Cannes Film Festival. The Austrian consolidated his success having played in another Tarantino’s revisionist Western film Django Unchained, where Christoph Waltz portrayed King Schultz. This role brought the actor Academy, Golden Globe and BAFTA Awards again.

Christoph Waltz was born in a family that was connected with the world of cinema. Father Johannes Waltz was German and mother Elisabeth Urbancic was born in Austria. They strongly supported the son’s passion for acting. The parents worked as costume designers, and Christoph’s grandparents were renowned theater artists.

After graduation from the gymnasium in Vienna, Christoph Waltz became a student at a university in his hometown. As expected, he chose the acting department. At that time, the famous director and actor, Max Reinhardt, organized his seminars there.

After graduation, Waltz decided to move on and went to New York, where he chose the popular acting classes at the Lee Strasberg Theatre & Film Institute.

Christoph Waltz began his career in the late 1970s. During these years, the actor worked in Vienna and performed in several theaters. He was successful, which is clear from the list of theaters where Waltz was invited. The Hamburg, Zurich and Frankfurt theaters enrolled the young actor in their troupes. Christoph had to work with an agent, who helped to handle a lot of proposals and a busy working schedule.

Christoph Waltz began his career in cinematography a little bit later, in the early 1980s. First, the actor played in melodramas. In 1982, he was offered a role in the German-Irish project Fire and Sword. 26-year-old Waltz and his agent pinned high hopes on this film. The main hero could not lose because female viewers should have liked the appearance of the blond young man with sky-blue eyes. However, the project failed at the box office.

Then Christoph Waltz consulted his agent and decided to rely on detective films as a win-win option. Moreover, he agreed to play not only good characters but also negative ones. Waltz got such a role in 1991. The famous Krzysztof Zanussi offered the Viennese artist a small but prominent role of Maximilian Kolbe in his film Life for Life: Maximilian Kolbe.

The actor played the role of maniac Martin Wolf in the detective film Rex: A Cop's Best Friend excellently. As Waltz’s agent suggested, the negative character drew increased attention to the actor. Since then, he has regularly appeared in Austrian, German, and over time, French and British TV series, where his knowledge of languages was useful.

Waltz achieved the long-awaited fame only in 2008. Legendary Quentin Tarantino offered 42-year-old Christoph a role. It is noteworthy that the actor almost refused the part that the famous director provided him. The fact is that Waltz did not like the original interpretation of the story. Moreover, the actor did not sympathy the proposed character, Nazi and villain Hans Landa. The agent managed to persuade Christoph. He drew attention to the main thing – the genius of the Hollywood director.

Christoph Waltz won many awards for the working in Tarantino's Inglourious Basterds. But the most important prize was the Oscar. It is noteworthy that the Viennese actor won the statuette for Best Supporting Actor. The fact that Waltz left behind such Hollywood stars like Brad Pitt and Til Schweiger helped Christoph to reach even greater heights.

The Austrian won the second Oscar Award for the role of a German immigrant, Dr. King Schultz. And it was Quentin Tarantino’s project again. The drama Django Unchained was released in 2012 and became another movie hit. Besides the Oscar Awards, Waltz won the Golden Globe Award and BAFTA Award.

Nowadays, the extended filmography of this outstanding actor has many bright roles in acclaimed movies. Christoph Waltz’s fans like such films as Water for Elephants, The Three Musketeers, Carnage and The Green Hornet.

In 2015, the actor appeared in the spy thriller Spectre, the twenty-fourth James Bond film about the famous super spy, agent 007 of British intelligence and the hero of Ian Fleming's novels.

The new film became a link of the previous Bond films. Spectre shows that the antagonists of the previous films were the members of the organization Spectre. It is a global organization, which was engaged in total surveillance, including for MI6 agents.

Christoph Waltz played the role of Franz Oberhauser, the main antagonist and the head of Spectre. The villain tells Bond that he was the reason for his failures.

The Viennese actor calls himself a citizen of the world. Today he is in Los Angeles, tomorrow in Berlin or Vienna.

The personal life of Christoph Walz has had two marriages in which four children were born. The first wife, Jackie, a psychologist, gave birth to three of them. Son Leon graduated from yeshiva in Israel and became a rabbi. Daughters Miriam and Rachel, as well as Leon, live in Israel.

The second wife of the actor is costume designer Judith Holste, who gave birth to a daughter in 2005.

Christoph Waltz looks like another famous actor, Tim Roth. The actors have even the similar height. Christoph Waltz and Tim Roth are 170 cm tall. Fans periodically confuse the two actors trying to recall who has played in this or that movie.

In 2016, Christoph Waltz played a significant negative role in the adventure film The Legend of Tarzan. The film joined the ranks of the movies based on Edgar Rice Burroughs’s novels about Tarzan who was brought up by a monkey tribe. However, David Yates’s film is different from the galaxy of movies and cartoons, which had been shot before. The previous films focused on the life of Tarzan in the jungle and how researchers found a monkey and took him to a civilized society.

In the new film John Clayton III, Lord Greystoke, who is also the famous Tarzan, lives with his wife in London. Tarzan receives an invitation to visit the Congo to prove the enslavement of the locals, but he does not realize that this is a trap. Captain Léon Rom (Christoph Waltz) lures Tarzan into the hands of Chief Mbonga, who promised the military officer a huge amount of diamonds. The evil man plans to hire an army and capture the Congo using the money of the leader of the Congo.

When Tarzan comes in his native jungle once again, he reinvents himself and is no longer an easy victim.

In 2017, the actor played the role of Cornelis Sandvoort in the British-American drama Tulip Fever. The film tells about the 30s of the XVII century. At that time there was a short-duration peak of panic demand for tulips. The prices for are, variegated sorts were estimated at thousands of guilders per bulb and were available only to a narrow circle of the aristocracy and connoisseurs. But later, speculators who were far from the flower world also entered the market. It led to a price boom when even simple sorts of tulips had exorbitant prices. It lasted only a couple of years until the overheating market collapsed.

In December 2017, Christoph Waltz will appear in the comedy Downsizing. It is Alexander Payne’s film about an American who, together with his wife, has decided to undertake a procedure to shrink their bodies, because they think that it will be easier and cheaper to live. The spouses enrolled as volunteers in the procedure, but at the last moment, the wife changed her mind.

In 2018, the actor plans to appear in the fantasy melodrama action movie Alita: Battle Angel, which is filmed by director Robert Rodriguez and based on Yukito Kishiro's manga Gunnm. Christoph Waltz will play the role of Dr. Dyson Ido, who finds a broken cyborg heroine (Rosa Salazar). When the cyborg regains consciousness, it turns out that the woman does not remember anything but knows combat techniques. 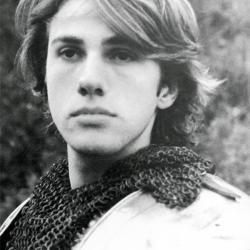