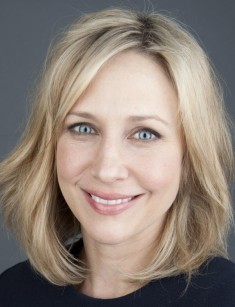 Vera Farmiga is an American actress who became famous after the release of the drama Down to the Bone, as well as the films Up in the Air and The Boy in the Striped Pyjamas.

Vera was born and spent her childhood in Clifton, New Jersey. Her parents were immigrants from Ukraine. Father Michael Farmiga was a computer engineer and analyst, and mother Lubomyra Spas worked as a school teacher. Vera was the second child in the family. She has an older brother, Victor, as well as five younger siblings: Stephan, Nadia, Alexander, Laryssa, and Taissa. The younger sister, Taissa Farmiga, has also become a film actress.

The children spoke Ukrainian at home, so Vera did not know English until she went to school. When she was 12 years old, the family moved to Irvington, where the girl attended St. John the Baptist Ukrainian Catholic School, where she graduated in 1991. While studying at school, Vera Farmiga sang and danced on the big stage as a member of a Ukrainian folk-dancing ensemble, Syzokryli. Besides, she learned to play the piano and achieved great success in it. Vera was also fond of sports, especially women's football, and was a member of Plast.

Although in childhood the girl dreamed of becoming an eye specialist, she craved for creativity even more, and upon graduation from school, she entered Syracuse University, where she studied performing arts for four years. After graduation, the aspiring actress played in a few Broadway productions, and also starred in television series.

Vera Farmiga made her movie debut in 1998 in the drama thriller Return to Paradise, then she focused on the theater career again and appeared in movies from time to time.

Vera Farmiga made a breakthrough in her acting career in 2004, when the actress played Irene Morrison, a drug-addicted mother of two children, in the non-commercial drama Down to the Bone. This movie has received recognition from film critics, and Vera Farmiga’s acting was highly praised. Professionals have mentioned that the actress managed to get rid of an ordinary image of a drug-addicted person and to portray not only the inner state of the woman addicted to drugs but also to show the heroine’s life if only she had not become addicted to them.

In the middle of the 2000s, Vera Farmiga broke new ground to attract the attention of filmmakers. She stopped attending auditions films, and instead, she made short films portraying heroines she wanted to play. Thus, she could stand out from many competitors, as well as show how she saw this or that character and how she would like to portray him in front of the audience.

Thanks to it, she got the role of police psychiatrist Madolyn Madden in the Oscar-winning crime drama thriller The Departed. Her partner on the set was Leonardo DiCaprio, who personally insisted that director Martin Scorsese cast Vera for this role.

In 2009, Vera Farmiga was selected for the comedy-drama Up in the Air. Film critics called it the best film of the year. The actress was nominated for many famous film awards, including the Oscar and Golden Globe Awards, and also became a member of the Academy of Motion Picture Arts and Sciences. One of the leading critics of the United States, Roger Ebert, said that she "is one of the warmest and most attractive women in the movies, or at least she plays one."

In 2011, Farmiga debuted as a film director in the drama Higher Ground. The actress also played the role of Carolyn Briggs, a woman who was raised Christian but was skeptical about God. The controversy between skepticism and faith is the main idea of the movie, which has achieved commercial success.

In 2013, Vera Farmiga got several leading roles. The actress played the role of Alice in the comedy-drama Closer to the Moon, which was shot by Italian, Polish, Romanian, and the United States film companies. The movie shows an unusual for a comedy plot. Jewish Ioanid Gang rob a bank and the criminals are sentenced to death, but during the investigation, the authorities use them as communist propaganda. Besides, the film is based on real events. It was the largest robbery of the Romanian National Bank in Bucharest in 1959.

The same year, the actress played the leading role of Lorraine Warren in the horror film The Conjuring, which is based on evidence of the Perron family who claimed to be surrounded by spirits and ghosts that lived in their family house in Rhode Island. Demonologists Lorraine, along with her husband and colleague Ed Warren (Patrick Wilson), investigate this case.

In 2013, Vera Farmiga also began shooting in the TV series Bates Motel. In this detective thriller, the actress got the leading role, the owner of the motel and a single mother, Norma Louise Bates. The series became Vera’s first experience as a producer and executive producer.

In the story, after the death of her husband, the woman and her son move to White Pine Bay, Oregon. They buy a motel and a house of the Summers family. The family hopes for a new life but faces cruelty and dirty secrets that mother and son have to answer.

The series is based on the plot of Alfred Hitchcock's film Psycho. The series gained popularity and was extended to another season. In general, they filmed five seasons, and the last one was released in 2017.

In 2013, the actress also played the leading role of Edith Martin in the comedy melodrama At Middleton, but the film was released only in January 2014. The actress played the role of a mother, who took her daughter to a campus tour of the prestigious Middleton College. On the campus, the woman meets a former classmate, who has also come with his son.

On the set of the television series Roar, Vera Farmiga met French actor Sebastian Roché and in 1997 they married. They celebrated the wedding in the Bahamas. The couple lived together for seven years, then they separated, and a year later they officially ended the relationship.

In 2004, Vera began dating musician Renn Hawkey, a member of the rock band Deadsy. They married in 2008, and a year later Farmiga gave birth to a son, Fynn McDonnell. In 2010, the couple had a daughter, Gytta Lubov.

The family owns homes in Ulster County, New York, and Vancouver, and often moves from one house to another.

The actress posts the photos of everyday life on her Instagram page, which is marked with a verified badge.

In 2016, the actress returned to the role of demonologist Lorraine Warren in the sequel The Conjuring 2. The couple goes to investigate the house with evil spirits again, but this time the experts go to London to face the local demon.

In 2016, the actress also appeared in the films Special Correspondents, Burn Your Maps and The Escape.

Vera Farmiga has a busy shooting schedule. In 2017, the film Boundaries, in 2018, the films The Commuter and Captive State were released. In 2019, the fantasy action movie Godzilla: King of the Monsters will premiere. 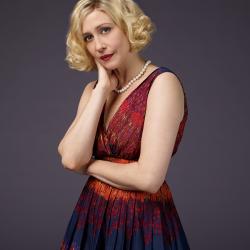