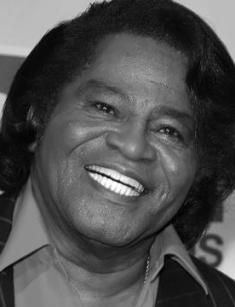 James Brown was an American soul and funk singer, who was considered one of the most prominent musicians of the rock-and-roll era. His name is on the list of the most influential pop artists of the XX-th century. He had many nicknames, such as "Godfather of Soul" and "Mr. Dynamite." Even those who don't care much for music have heard his all-time hit song "I Got You (I Feel Good)," which became James Brown's hallmark.

He was born in a low-income family, in the American state of South Carolina, but the boy spent his childhood in another place. At an early age, he was given to the care of his aunt, who was the owner of a whorehouse in Atlanta, Georgia.

As a teenager, James went down the slippery slope. He started stealing from local stores and then got caught up in much more severe crimes. Eventually, he was sent to jail at the age of sixteen for committing robbery.

It might seem strange, but it was in prison that Brown started studying the basics of music, performing famous hits to the rhythm of a washing board. When he was released, the young man tried himself in the world of sports - in baseball and boxing, but soon he was invited to a musical gang The Famous Flames. This band was organized by the producer who saw Brown perform in prison. The group toured the southern states and sang gospels and rhythm-and-blues songs, like many other similar bands.

For almost ten years, James Brown was known only among the black audience of Southern States. But even then he was able to shine and stand out among hundreds of rivals because the cheerful rhythms of the performer as well as weird cries from stage brought a feeling of fire to his concerts and created an African atmosphere.

The first song that Brown recorded was "Please Please Please," which is considered to be a pioneer in the style of soul. Later a full-length album of the same name was released. Over the years, James only increased the pace and gave all his energy to the fans on the concerts. Sometimes, going backstage, he would even faint from exhaustion.

In the mid-60s the golden times of the singer began. First, his ballad "It's a Man's, Man's, Man's World" appeared on the shelves of musical stores, and soon he presented the catchy song "I Got You (I Feel Good)" to the world. The latter has become an old-time classic and is sang around the globe to this day. In the same period, Brown received a Grammy Award for the song "Papa's Got a Brand New Bag."

It should be noted that throughout his career, James Brown got into the most famous music chart of the world, Billboard Hot 100 ninety-nine times. However, surprisingly, he never reached the first place in this chart.

In the early 70-s, having released a dance hit "Sex Machine," the singer started experimenting with different styles. A lot of music critics consider James Brown to be not only the father of soul music but also of such a popular genre as funk. Moreover, they believe that if music lovers listened carefully to Brown's song of the 60-s and 70-s, they would understand that without this star, there would be no modern hip-hop.

Later Brown began to make political statements in his songs. Such songs as "Say It Loud - I'm Black, and I'm Proud" become a part of his repertoire. At the same time, James shifts the focus of the tour in the direction of African States. In 1986, during the creation of The Rock and Roll Hall of Fame, James Brown was named one of the integral figures of that period.

Back in 1965, James Brown made his debut in a feature film in comedy movie Ski Party. He appeared on the set more in the 70-s and the 80-s, mainly in comedy movies - The Phynx and The Blues Brothers, Doctor Detroit, and many others. Also, the filmography of this rock-musician contains a part in the sports drama film Rocky IV starring Sylvester Stallone.

In total, the singer and actor played in more than 80 feature movies and documentaries, however, in most of them he played himself. But he managed to work on the same set with such stars as David Bowie, Gary Oldman, Jackie Chan, and many others.

For the first time, James Brown married his long-time friend Velma Warren, with whom he lived for ten years. Even after the divorce, they maintained a close connection, and the singer considered his first wife to be one of his best friends.

His second marriage with Deidre Jenkins lasted about the same time. However, with his third wife, Adrienne Rodriguez, Brown lived together till her death parted them in 1996. This relationship was known as the most infamous one in his life, as the police have repeatedly received complaints of domestic violence.

The last wife of the great singer, Tomi Rae Hynie appeared in his life a year after the funeral of Adrienne. She was a back-singer in his concerts, and later they started a love affair.

The wedding ceremony took place on December 23, 2002, and was recognized as legitimate, but after Brown's death, other relatives began to challenge the legitimacy of this marriage because by the time of the wedding Tomi's divorce from her first husband had not entered into force yet.

James Brown had several children from various women. He recognized nine of them - five sons and four daughters. Three more were able to prove that he was their father through a DNA test much later.

At the time of his death, James Brown had a net worth of $100 million. His last years, James Brown lived in his revolving house on Beach Island, in South Carolina. He had diabetes as well as prostate cancer.

The singer died during the Christmas holidays of 2006. The cause of death was pneumonia from which he had been suffering for a long time. The farewell to the legendary singer was public, and Michael Jackson, Madonna and other pop-stars attended the ceremony. By the way, the Grammy ceremony of that year was held in memory of James Brown.

Because of constant trials in the celebrity's family circle, his remains were never properly buried. Only a year and a half later he was buried in a temporal grave, the location of which is unknown. It is expected that the "Godfather of Soul" will find his final resting place when his relatives will be able to reach an agreement.

In 2014, the American director Tate Taylor released a biographical film about the musician called Get On Up. And in the state of Georgia, a monument was erected in honor of the singer.