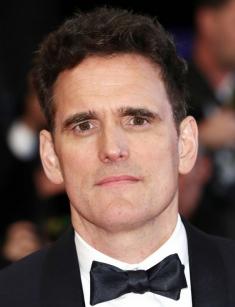 Matt Dillon’s story has been exciting: a hooligan teenager turned into a popular actor without higher education and basic skills of acting. Today, the artist can boast an extended biography.

Matt Dillon was born on February 18, 1964, in New Rochelle, New York. The boy’s mother was a housewife and brought up six kids: a girl and five boys. The father worked as a sales manager; painting portraits was his hobby. Little Matt did not receive much attention and grew up in the street.

The Dillon family was Catholic and had Irish roots. They followed the tradition and often went to church, but they were not religious. Matt’s younger brother, Kevin, also became an actor and appeared in the comedy series Entourage. The uncles from the maternal side, Alex and Jim, were professional artists. It was Alex who created the superhero Flash Gordon.

The future actor was a lost boy who could not do things well. He spent his childhood in Mamaroneck. To earn some money, Matt had to work part-time as a loader and paperboy. The director taught the young man who had just begun his career four hours a day.

Although the teenager was not interested in school studies, he successfully passed the exams. Matt was not going to enter a university and devoted himself to acting.

Dillon debuted in cinematography when he was 15 years old. The director Jonathan Kaplan noticed the young man’s potential and offered the role of a troubled teenager in the movie Over the Edge. It was a story about a young street group that lived by the street laws. The young men led partying lives and were placed on a police register; none of them wanted to change.

Matt liked such movies and continued to develop his career. In 1993, he collaborated with Francis Ford Coppola and appeared in the movie The Outsiders starring Tom Cruise and Patrick Swayze. He played a street gang member. The audience noticed the young actor after the movie Rumble Fish that came out the same year. At this time, Dillon personified Rusty James, the leader of a small teenage gang.

The role of the drug abuser Bob Hughes in the movie Drugstore Cowboy (1989) was one of the actor’s main works. This project won a prize at the Berlin International Film Festival.

The next nine years brought no significant premieres. In 1998, the artist gained his first prize: the MTV Movie Award for Best Villain for the comedy There’s Something About Mary.

2005 brought the drama Crash; Matt played a racist police officer. The actor was nominated for the Academy Award, the Golden Globe, and BAFTA, yet he got no victory.

Matt Dillon often personified rebels and bad guys; he rarely participated in comedies. In 2006, he starred in the comedy You, Me, and Dupree and played Carl Peterson. As the artist confessed in his interviews, he took such roles for his nieces and nephews: the man did not want to show them the movies where he drank alcohol, smoked, and had group sex.

Before There’s Something About Mary (1989) with Cameron Diaz, directors did not view Matt as a comic character and rarely gave him such roles. However, after this movie, the actor received numerous invitations to humor projects. Dillon worked on Going in Style, Pawnshop Chronicles, Herbie: Fully Loaded, Old Dogs, and so on.

2018 was marked with the horror The House That Jack Built. Matt Dillon played the main character, Jack, who turned into a professional serial maniac throughout 12 years. The project budget was €8.7 million; the director Lars von Trier and the actors Uma Thurman, Riley Keough, and Bruno Ganz collaborated there.

In addition to his acting career, Matt has tried himself as a director. In 1999, he created an episode of the series Oz; in 2002, the artist presented the full-length movie City of Ghosts where he also played the main character. The script was written by Matt Dillon and Barry Gifford.

Matt Dillon keeps his personal life away from public attention. In 1996-1998, the actor was dating Cameron Diaz.

They fell in love at the movie set of the comedy There’s Something About Mary. However, the woman did not become Matt’s wife. Since that moment, there is no information about the actor’s romances. He has no children.

The movie Proxima is Matt Dillon’s next project; it was filmed in Russia. It will be a story set in space; there is no additional information about the movie. The premiere is scheduled for June 29, 2019.

Besides, the man has an Instagram account and regularly posts photos there. However, they do not make it clear what the actor does in his free time. Sometimes, Dillon shares the pictures where he is young. 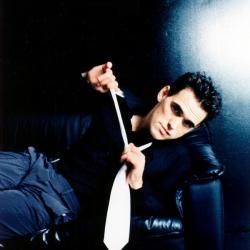