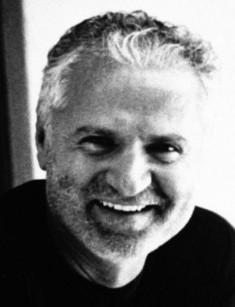 The biography of Gianni Versace, an outstanding Italian fashion designer from Italy, is just like a fairy-tale. The boy from a quite low-income family was capable of wonders: Versace became not only one of the most well-known couturiers, but also a real trendsetter. Unfortunately, not everything in the master’s life developed as easily and clearly as his career.

The future fashion designer was born on the 2nd of December, 1946 in a small town of Reggio Calabria situated in the south of Italy. The boy’s parents owned a small clothes shop which brought income to the family. It was little Versace, who since early childhood helped his mother to hang the dresses and to choose the accessories to the outfits. Gianni got very delighted when he saw that some insignificant details could change a look of the whole outfit.

Three were three children in Versace's family: Gianni had an elder brother Santo and a sister Donatella. The mother adored her eldest son, and Gianni regularly suffered from the lack of his mother’s attention. The boy tried to fill this emptiness by the minutes which they spent together in the family shop. In a short time, Gianni could not only hang out the clothes orderly but also he began to understand the features of the tailoring and fabric.

Besides the dresses, young Gianni Versace was engaged in the drawing. Parents even thought that their son would become an architect. Having graduated from the school, the young man entered the university on the Architecture faculty. However, soon he understood that this specialty wouldn't satisfy his creative nature. Besides, Gianni's mother insisted that her son should help her to work in the family shop. This way, Gianni left university and focused on the help to his mother.

Until the age of 25, Gianni Versace worked at the family shop. The young man regularly thought up some new images, helped the customers to choose outfits and comprehended the details of the fashion designer’s skills and mastery. It’s not surprising that soon the young designer’s name became known to the local fashionistas.

When Gianni Versace began to be confident in his forces, he set off for Milan, the capital of the Italian fashion industry. There Versace had the luck to get a job at three remarkable fashion designers at the same time. Soon Gianni became an irreplaceable person at the fashion parades: the young man traveled around Italy, organized fashion displays and helped the employers with the preparation and release of the collections.

Gaining experience, Gianni began to dream about founding his own fashion house and also to think over the clothing collection which he decided to demonstrate to the world in the spring of 1978. This debut made the fashion designer a well-known person at once: both the fashionistas of the capital and strict fashion critics met this collection positively.

The same year Gianni Versace registered the trademark on his name and opened his first shop solemnly. Santo and Donatella Versace came there to help their brother.

Medusa Gorgon’s head became the emblem of the Versace Fashion House. The matter is the fact that Gianni was fond of ancient mythology, and Gorgon was considered to symbolize fascinating and unconditional beauty. At present even people who are far from the fashion industry recognize this emblem.

In 1979, after the release of the debut female collection, Versace produced a male clothing line. The premier fashion display was successful, and the modeler acquired many admirers and respect from the colleagues of the fashion industry as well.

In 1980-s the fashion parades of Versace Fashion House took place one after another. Each collection was a real sensation: Gianni didn't hesitate to do experiments with the tailoring and preferred revealing and bright outfits which didn’t hide the beauty of the female and male body.

Alongside this Gianni Versace opened his brand shops all over the world. The income of the fashion designer began to increase as well as his successful career started to take off. The photos from his displays appear on the number of the covers of the fashion magazines.

Gianni Versace decides to continue his development, and sometime later a new fragrance under his well-known label came out. It was the perfume for women called "Gianni Versace." Then the fragrance for men "L’ Homme" was released. Since then Versace Fashion House released many fragrances, but these first perfumes remain in demand.

In 1990 the modeler expanded the frontiers of his own company again. He began to release tableware, furniture, jewelry and even cars under the name of his brand. Each new thing was a huge success among the designer’s admirers. Each time he proved the proverb that talented people could do their best in any activity.

There exists an opinion that his trauma in childhood influenced Gianni Versace's personal life was affected by his trauma in childhood. The matter is that on his way to school the boy had to go along the brothel. His strict mother constantly scolded Gianni if he unintentionally turned his head towards this place. Since then Gianni began to have a fear to see a nude woman in his mind. And even though later Versace dedicated his life to the creation of the clothing line for women, the modeler was afraid to have relations with women.

The first serious relationship of the fashion designer finished with the break-up. The young model Paul Beck preferred to his lover his sister Donatella Versace. After this case, brother and sister didn't communicate with each other for more than a year, and soon Paul became Donatella's husband.

The second love affair of Gianni Versace lasted till the end of his life. Antonio D'Amico – who was the head of the sports department of Versace Fashion House became the modeler’s beloved. It’s also known that Gianni and Antonio periodically had vacations with one of their favorite models. However such daring entertainments didn't have any influence on the relations of the lovers.

It seemed that the happy life of the fashion designer would last for many years, however, the fate intended otherwise. On the 15th of July, 1997 Gianni Versace was killed right on the doorstep of his own house, in Miami.

The serial killer Andrew Cunanan committed the murder. The criminal was known to be a homosexual and earned his living by the prostitution. The gunshot wound is called the cause of Gianni Versace’s death: the fashion designer died because of two clear shots in the head.

That day only Antonio D'Amico was in the house together with Gianni, and it was he who called the police. The murderer’s body was found eight days later: the man shot himself. In his suicide note, Andrew Cunanan wrote that he had killed Gianni Versace "as a symbol of homosexuality."

The death of the fashion designer acquired rumors and hearsays. According to one of the versions, this murder was ordered by the members of Gianni Versace's family. By another variant, the Italian mafia was responsible for this crime. Also, there appeared the assumptions that the emblem of Versace Fashion House - Medusa Gorgon which allegedly caused trouble became fault to this event.

None of the assumptions received official confirmation, and Gianni Versace's murder is still considered to be one of the mysteries of the 20th century.

After the funeral of the designer, Donatella Versace began to head the fashion house. Gianni's partner, Antonio, under the will acquired the right to live in any of the country houses belonging to Versace and also generous monthly maintenance. 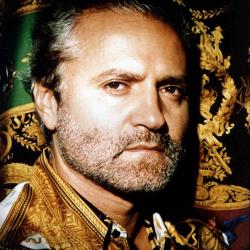