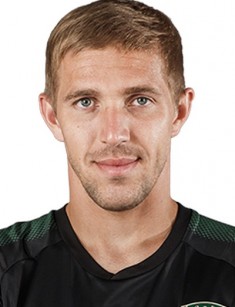 Yury Gazinsky in the Russian national teamKrasnodar midfielder, Yury Gazinsky is considered to be one of the most promising Russian soccer players. The sportsman was included in the enlarged national team after the game for the Kuban club in the Russian Soccer National League. In 2016, Gazinsky debuted in the friendly match with Turkey. Although both Russian and foreign clubs show their interest in the player, Yury stated he would like to stay in his current city Krasnodar and its soccer team.

Yura Gazinsky’s childhood friends could hardly imagine he would protect the honor of the country’s national team. The boy was born on July 20, 1989, in faraway Komsomolsk-on-Amur. He had an elder sister. Soon after that, the father left the family, and the mother had to take care of her children on her own.

The family lived on the mother’s earnings: she was a school teacher of biology and geography. Unlike the majority of soccer players’ mothers, she did not prevent the boy from playing soccer: on the contrary, she took 6-year-old Yura to the soccer club. When the coach Tagir Galiev objected that only 8-9-year-old boys were training there, she persuaded him to make an exception for Yura.

Apart from soccer, the would-be Krasnodar star was engaged in boxing and swimming. Little by little, soccer took all of the boy’s free time. The training conditions were harsh: in winter, boys trained at a sports hall, in summer, they went to a field covered with gravel. Skinned knees were a common situation.

In his interview to “Sports Express,” Yury told journalists he used to act out the final games of the world’s championships with his yard friends. The boys colored their faces like national flags; somebody brought speakers; national hymns were played, and the matches between the teams from different yards (as the children imagined, these were two national teams) began.

As Gazinsky finished school, he entered a pedagogical college; later he studied Physical Education at a branch of one of Vladivostok universities. After the first year at the university, he transferred to Vladivostok and moved from the native city. In the course of time, he got a Master’s degree.

When Yura was a high-school student, he got to the extended team of the renovated city soccer club; at this time, he earned his first money which he gave to his mother. Many hopes were associated with the new team with the symbolic name “Smena” (“The Change”). In a while, Gazinsky joined the first eleven of the club. The player debuted at the Russian Professional Football League match. For the first time in its history, the team got the fourth place in the League. In the next year, the results were improved: the team won the silver medal.

In 2010, Gazinsky transferred to Luch-Energiya Vladivostok which made him change his place of living. The player’s earnings gave him the ground to persuade his mother to quit her job: the young man became the breadwinner. However, these hopes were dashed: the team left the Premier League. Gazinsky had no reason to play in the Professional League again and accepted the offer from Moscow in 2012: he joined the soccer club Torpedo.

In this club, the midfielder played 31 matches in the 2012-2013 season. The sportsman dreamed of joining Kuban Krasnodar. Gazinsky had one training camp with the team, but it did not work out well: the club administration insisted the player had another camp while Gazinsky himself was eager to join the team and play in the Soccer League First Division. Eventually, the sportsman signed the contract with another team.

In 2013, Yury Gazinsky transferred from Torpedo to Krasnodar. According to Soccer.ru, the transfer cost was €250 thousand. At that time, Oleg Kononov was the coach of the South Russian club. The deal turned out to be advantageous for both sides: Krasnodar got the enthusiastic, talented, and faithful player, and Gazinsky himself gained the opportunity to master his skills so immensely that he was included in the extended national team in a year.

Fabio Capello was the leader of the national tram coaching stuff at that period. Because of Igor Denisov’s injury, it was Gazinsky who went to the training camp in 2014. According to the sportsman, Capello counted on tactics and discipline. The new player was surprised by the rule: the team left the canteen together after they had had lunch and dinner.

Unfortunately, Gazinsky did not take part in FIFA World Cup in Brazil. The sportsman debuted for the national team two years later in a friendly game with Turkey when Stanislav Cherchesov was the head coach. In fall 2016, Yury came to the field three more times; the standstill followed. In a while, the player was included in the extended national team at FIFA World Cup 2018. Another Krasnodar player Fyodor Smolov was also included.

Yury Gazinsky is married: Aleksandra Ivanova, a freelance stylist of the Russian TV program “Modny Prigovor” (“Fashion Verdict”), became his wife in 2015. The wedding ceremony took place at the Khimkinskoye Vodokhranilishche bank. Gazinsky’s wife decided to work after the marriage. In December 2016, the couple’s daughter was born. Yury posts her photos on his Instagram page but covers the girl’s face with an emoji. The girl’s name is also kept secret.

Gazinsky’s mother still lives in the Far East. Yury used to go there every year, but after his daughter was born, his mother and sister visit Gazinsky in Krasnodar.

Yury Gazinsky’s height is 184 cm., his weight is 75 kg. As the sportsman said in his interview to “Sports Express,” his teammates invented a nickname for him, “Gazik.” Sometimes, the famous coach Valery Gazzaev is also called this way.

Gazinsky continues to play for Krasnodar; his team number is 8. In his interview, Yury stated the contract would last until 2020; if the team administration did not mind Gazinsky would be glad to stay in the team for the rest of his career.

He recovered after the injury he had in 2016 during the game with Zenit Saint Petersburg when the opponent’s player Javi García’s elbow touched Yury’s face and broke Gazinsky’s nose. The offender was disqualified, and Gazinsky had to wear a mask while training.

Nowadays, the soccer player and his family live in Krasnodar. The sportsman admits that the rhythm of life and climate are more suitable for him than those of Moscow.

On June 14, 2018, the opening FIFA World Cup match between Russian Federation and Saudi Arabia took place. Yury Gazinsky scored the first goal in the game and the whole championship. At the 12th minute, the midfielder Gazinsky headed the ball to the opponent’s gate after Aleksandr Golovin’s pass. That day, Russia won the game, the score was 5:0. 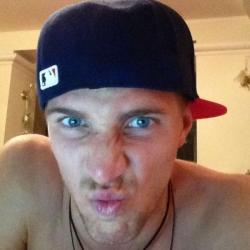