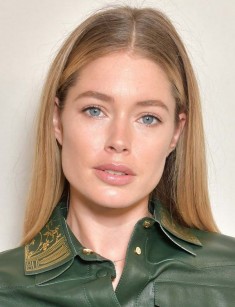 The life of the model Doutzen Kroes looks like a fairy tale. Judging by her childhood photos, her beauty is natural, and she has not had any plastic surgery. The young woman is modest; she believes her success is related to the fashion on Dutch models.

Doutzen Kroes was born on January 23, 1985, in a small town Eastermar, the Netherlands. The girl’s mother Geartsje used to be a nurse and later became a teacher; the father Johan worked as a psychiatrist.

Doutzen has a younger sister Rens. Both girls were engaged in speed-skating. In one of her interviews, Kroes remembered she used to cycle 25 km. to get to school and back. The family ate healthily and practiced a healthy lifestyle.

Kroes is Freeze; it is a small nation living in the Netherlands and north-west Germany. The second name “Kroes” is Dutch and is not registered among the Freeze. In comparison, the model’s first name is typical among her people; it can be translated as “dove.” Outside Friesland, the name is rare.

Unlike the majority of her colleagues, the young woman became a top model without anybody’s assistance. While other girls were noticed by scouts representing modeling agencies or invited by photographers, Doutzen relied on herself only: she organized an amateurish photo session and sent her photos to popular Amsterdam agencies. They appreciate Kroes’s beauty and uniqueness: they realized they found the person of the natural gift.

Since that moment, the beauty’s career has been a fascinating dream coming true. In 2003, Doutzen started working with Paparazzi Model; when she turned 20, she was chosen the best model of Vogue.

In 2006, the documentary showing seven days from the model’s life was released. There were some moments from Milan Fashion Week there; Kroes also shared her thoughts about the model business.

The young woman appeared in L'Oréal’s ads and on popular magazine covers. In 2007, Kroes earned about $5 million annually, and her salary was growing. Doutzen’s career path, style, and makeup served as the example for many women.

In 2014, Doutzen Kroes and Charlie Hunnam signed the agreement with Calvin Klein and became the trademark figures of the new perfume “Reveal.” After that, Kroes was included in the top 20 of the most popular and high-paid models.

In Madame Tussauds Amsterdam, there is a wax figure of the model. With all that, the popularity and success of the model can hardly be questioned.

Kroes’s personal life is calm, so that tabloids have nothing spicy to write about. At some moment, the woman was dating Lenny Kravitz’s cousin, the DJ Greg Andrews, but the couple split up quickly.

The woman was not single for a long time: soon after that breakup, Doutzen Kroes and the Dutch DJ Sunnery James started seeing each other. In January 2010, James proposed to her. In July, Doutzen announced she was pregnant.

The wedding ceremony took place on November 7, 2010. Rumors had it the ceremony was cute and unpretentious. After that, the couple went to a ship where the celebration took place.

The woman married when she was pregnant. She looked harmonious and tender in her white dress created by a Spanish designer. The couple spent their honeymoon in Madagascar.

Kroes got in shape swiftly. The woman does not like diets but leads a healthy life and has the proper nutrition. She limits sugar products and tries not to eat starches. Doutzen emphasizes that people should not starve themselves because such experiments may lead to dire consequences. According to the model, it is necessary to eat several times a day, and portions should be small.

Kroes has her Instagram page where she posts photos and videos from her life. The supermodel publishes many pictures from photo sessions, but there are also family photos there.

In January 2018, Doutzen with her family and pregnant top model Candice Swanepoel spent their vacation in Brazil near the ocean. The women posted their photos on their Instagram pages. Kroes demonstrated her athletic body and did a handstand.

The model has recently become the new public face of the Hunkemöller lingerie collection. She posted a hot video from the ad shooting where she was wearing the lingerie and moving provocatively.

Doutzen Kroes is not only a model but also a talented actress. In 2017, she starred in the movie “Wonder Woman” where she played Venelia.

Doutzen respects her ancestors and worries about her native language development. She speaks the Frisian language with her parents. 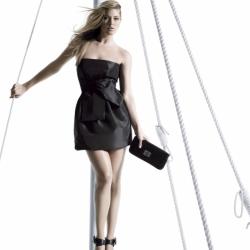