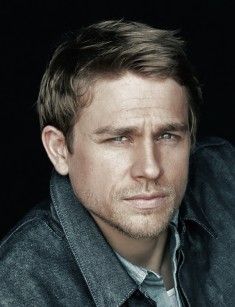 Charismatic actor Charlie Hunnam confidently climbs to the top of Hollywood, gets roles in the box-office movies and serials, and thus, he becomes famous around the world. Reconciled with the fame, the actor remains a modest and hard-working guy in everyday life who loves solitude and doesn’t care about the opinions of others. This blue-eyed Englishman is interesting for his simple and faithful character, as well as a conscious approach to the career development.

Charlie was born in 1980 in the UK. The boy's parents divorced immediately after his birth, after a while, the mother married again. Charlie has three brothers; he is the second child. He graduated with a Bachelor degree in film and art. At a young age, he received an offer to become a professional model, but fate connected him with the cinema.

For the first time, Charlie appeared on TV at the age of 17, when he met by chance the producers of the television series Byker Grove on the street. A toll (Charlie's height was 185 then), bright, attractive and charismatic guy caught the eyes of professionals. These shootings were followed by another English series, after which Hunnam decided to develop his career in films and moves to Hollywood in search of his lucky star.

At the beginning of his acting career, Charlie came to the conclusion that he should choose the projects very carefully, studying the pros and cons carefully. Hunnam quickly realized that the first roles would determine his entire future career as an actor.

Despite his young age, he could reject those roles that, according to his inner instinct, did not allow him to demonstrate all sides of his talent. He did not want to be the "actor of one role" and to play one character for all his life. The likeness with Australian actor Heath Ledger hampered the actor considerably. Of course, this type of actors will always be in demand in Hollywood, but Charlie wanted to be quite a character, but not the image of his legendary colleague.

He played in various projects in the United States and Great Britain. Charlie had roles in such successful films as Green Street, The Ledge (his partner in the film was Liv Tyler) and Crimson Peak. The turning point in Hunnam's career was the invitation to the main role in the series Sons of Anarchy, which became a real revelation among television projects of those years and therefore it quickly won the love of viewers around the world.

The work in the series Sons of Anarchy gave Hunnam a serious task to bulk up and build an athletic body. He began working out, and the result did not take long as the whole world became jealous of the actor’s body. Training 4 times a week, the actor became a "model" rebel with a lot of muscles for many years.

The relationship between Charlie’s character and his lover, which was successfully played by Maggie Siff, interested spectators in many countries for seven seasons. By the way, after filming in the series Charlie came to like riding a motorcycle very much and now this is his favorite hobby.

It was Charlie who was offered the role of Christian Grey in the trilogy Fifty Shades of Grey. According to fans of this love story, actor Hunnam and actress Alexis Bledel were the best candidates for the main roles in such an extravagant movie. Charlie perfectly suited the description of "a confident, attractive millionaire" and the piercing glance of Alexis and the innocence of the image fit perfectly the characteristics of the main heroine of the novel. However, as a result, a completely different actress Dakota Johnson was approved for the role of Anastasia.

According to rumors, during the movie tests, Alexis and Charlie literally made sparks, and it was such an attractive interaction between the actors that the producers were looking for. As a result, the actors were approved. But before the shooting, they both were attacked by representatives of mass media with tricky questions about the bed scenes. Hunnam did not like the noise, increased attention and the general tone of the discussion, so after a while he gave up the scandalous role and left the project, giving the role to Jamie Dornan.

Another possible reason for the quit is called a busy schedule. The constant shooting in the successful series has largely exhausted the actor. He prefers to take a break between important projects and to do self-reflection, that clears the mind of the past filming and prepares for the next role. The work in "Shades" meant the immediate change of one set to another. In addition, personal life and family demanded the presence of Charlie. So, he made his choice.

Such a handsome man must have whirlwind love affairs, but the actor is quite stable in the relationship. In 1999, he had met on movie tests an actress who four years later became his wife. Charlie and Katharine Towne married in Las Vegas.

The wife could not keep Hunnam from falling in love again. He filed for divorce and started relationships with the representative of the art world and artist Morgana McNelis. Charlie and his girlfriend have actually been living in a common-law marriage for many years, but they do not hurry to marry officially.

The actor had a personal account on the social network Instagram, where he posted behind-the-scenes photos, but his page was hacked by intruders. After this incident, Hunnam stopped posting his pictures on the network.

Currently, Charlie has a very busy schedule as the box-office movies with his participation are released constantly. In 2016, Hunnam presented to the world the film The Lost City of Z, where Robert Pattinson and Sienna Miller starred too.

In 2017, the long-awaited historical movie King Arthur: Legend of the Sword will appear in the international distribution, where Charlie plays the main role. King Arthur performed by Hunnam will appear in all its glory in front of the audience. Critics have already given the actor's play positive reviews.

An interesting fact is that Hunnam achieved his goal to show up among the actors because now some of his colleagues are compared to him. So, many editions have repeatedly written that successful actor Travis Fimmel is very similar to Charlie. Travis gained the fame due to the main role in the TV series about the Vikings. 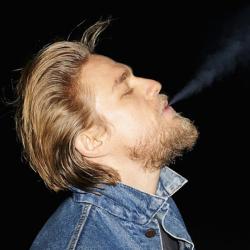