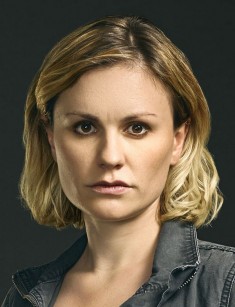 The young girl amazed film critics and viewers with her talent in the drama The Piano at the age of 10. At 11, Anna Paquin won the most prestigious Oscar Award. The actress has shown her skills not only on the screen but also on the theater stage, although she does not have special education.

Anna Paquin was born on July 24, 1982, in Canada, in the city of Winnipeg, in the family of school teachers. Her mother taught English, and the father was a Physical Education teacher. Both parents are from New Zealand, and the family moved there when Anna was four years old.

The parents raised three children, and the future actress was the youngest daughter. The girl was fond of music and sports in youth. Anna did not plan to become an actress, and she did not dream about the studio light boards and television cameras. At school, the girl learned to play the viola, cello, and piano.

She was also interested in different kinds of sports. Anna participated in gymnastics, swimming, downhill skiing, etc. Besides gymnastics, flexibility was useful in ballet, which also fascinated the schoolgirl.

In 1995, Paquin’s parents divorced, and the young New Zealander moved with her mother to Los Angeles, where she graduated from high school. After graduation in 2000, the girl studied at Columbia University for one year. By that time, the student had already been acting in cinema, and she was short of time for studying. Anna chose the career of an actress, and since she has been on a leave of absence.

The girl appeared on the screen at a very young age, and it was quite by accident. In 1991, nine-year-old Paquin with an older sister and her friend went to the audition of the melodrama The Piano by the director and screenwriter, Jane Campion. Besides the girls, 5,000 candidates competed for the role. The child managed to impress the woman, and the talented young Anna got the role of Flora McGrath.

Paquin had no acting experience, besides performances on the school stage, where she took part in several plays.

The role of Flora had a long text because according to the plot, the heroine served as an interpreter of a mute mother. Besides, the girl had to speak with a Scottish accent. Despite the difficulties, Anna brilliantly coped with the task. Critics and film viewers warmly received the movie. Anna won the Oscar Award for Best Supporting Actress.

Such a reward was a real surprise for the eleven-year-old girl. When Paquin went on the stage at the ceremony, she was so confused that could give an acceptance speech only after a 20-second pause.

It is no wonder that such a breakthrough at the beginning of her career made her famous and the girl received thousands of proposals for shooting. However, the schoolgirl did not plan to continue to pursue acting and often refused them. But the girl starred in three commercials and signed a contract with the prestigious William Morris Agency.

Next time she played in the movie in 1996, when the schoolgirl appeared in the role of young Jane Eyre in the screen adaptation of Charlotte Brontë's novel. The same year she starred in the drama Fly Away Home, where the actress played a little orphan girl, who moved in with her father.

Before graduation, Anna also participated in several films and voiced the main character in the full-length animated adventure film Laputa: Castle in the Sky by Disney Studio. After graduation, the career of the actress continued to flourish. She debuted on the theater stage. Critics and experts appreciated the girl's talent, and she received a lot of theater nominations and awards.

A significant point in her career was the participation in the superhero films about X-Men. Anna worked on the same set with Hugh Jackman, Halle Berry, playing the Marvel comics character of the mutant Rogue.

She was busy filming in the works Blue State, Margaret, Trick ’r Treat, Bury My Heart at Wounded Knee. Anna was nominated for a Primetime Emmy Award for Outstanding Supporting Actress for her work on the last film.

In 2008, the series True Blood appeared on the TV screens on the surge of the popularity of the topic about vampires after the release of Twilight. Anna got the role of a telepathic waitress, who was in love with a vampire. Her partners were Alexander Skarsgård, Christine Bauer, and Stephen Moyer. Viewers liked the series very much, and it continued for seven seasons until 2014.

While working on True Blood, she started dating co-star Stephen Moyer. Their characters also loved each other in the series, so it was easy for the couple to show tender feeling.

In 2009, the young people announced an engagement while on vacation in Hawaii. The wedding ceremony took place one year later in Malibu. Paquin’s husband is older than Anna, and he has been married twice. The man has two children from the first marriage. Anna gave birth to twins named Charlie and Poppy in 2012.

In 2010, the actress came out as bisexual in a public service announcement. It caused a lot of rumors, and the New Zealand star stated that the information bisexuality was correct. However, during her career, reporters have not seen Anna in relationships with women, and Moyer remains her only beloved man.

The actress continues to play in films and series. Directors are happy to see the talented woman on the set, and Anna does not suffer from a lack of job offers.

In 2017, two TV series with the participation of the Hollywood star was released. In Bellevue, the actress played the leading role of a detective, who investigated a series of mysterious crimes related to the disappearance of a transgender teen. In 2018, the second season of the favorite drama series will appear on the screen.

The second project is the series Alias Grace, based on the novel by Margaret Atwood.

Besides filming, the actress started doing CrossFit. The woman posts on her Instagram page photos and short videos of training. Anna pays a lot of attention to her appearance. Her height is 165 cm, and the weight is 58 kg. She keeps to a balanced diet.

Like many famous people, she works for a charity. According to publications on social networks, the actress supports the work of an organization that provides assistance and support to people with dementia. She protects the rights of sexual minorities. The actress’s user picture on Twitter in 2018 is a rainbow flag which is a symbol of the LGBT movement. 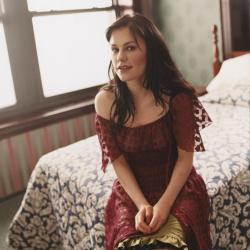