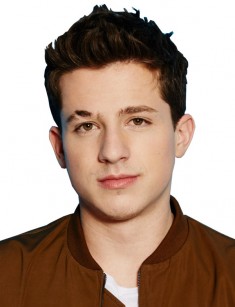 Charlie Puth is the young American singer and producer working in the genre of pop music and R&B. He created the soundtrack to the movie Furious 7 and presented several solo albums as well as collaborative projects with other singers.

Charlie Puth was born on December 2, 1991, in the American town Rumson. The singer’s mother Debra is Jewish; she taught music and cooperated with the American television network HBO. The father was engaged in building and worked as a real estate agent. Charlie is not the only child: the twins Stephen and Mikaela are his siblings. When Charlie was two years old, he was bitten by a dog; because of that, he has a scar over his right eyebrow.

At school, Charlie was a prankster. Once, he made the bell ring 15 minutes before the school day should have been finished; the school administration almost suspended him.

Puth took an interest in music thanks to his parents. The mother introduced the son to the world of classical music and started teaching him how to play the piano when Charlie was four. At ten, the would-be star began to study jazz and took part in the summer youth jazz ensemble at Count Basie Theatre.

Charlie recorded his very first album Have a Merry Charlie Christmas when he was in the sixth grade. He was going door to door with his work and earned $600. Later, Charlie attended Manhattan School of Music Pre-College where he played the jazz piano.

In 2009, the talented youth gained his own YouTube channel where he uploaded funny videos and acoustic cover versions of popular songs. In 2013, Puth graduated from the Berklee College of Music where he studied music production and engineering.

In 2010, Charlie Puth had the music video “These Are My Sexy Shades” released; it was his first song. The next year, Puth won the online video contest where he performed Adele’s “Someone Like You” with Emily Luther. Thanks to this victory, Charlie managed to sign the contract with Еleveneleven. At first, the young man created jingles, songs for vlogs and podcasts, and ad singles.

In February 2015, Puth presented his debuting single “Marvin Gaye” with Meghan Trainor. The same year, the musician collaborated with the rapper Wiz Khalifa and released the song “See You Again” which became the soundtrack for the crime action movie Furious 7. The singer and actor Trey Songz also became Puth’s colleague: Charlie helped him with the song “Slow Motion.”

In 2015, Charlie was working on his own debuting mini-album Some Type of Love inspired by Marvin Gaye’s art. One of the album compositions was named after the American singer and arranger.

The second single “I Won’t Tell a Soul” came out in April. At the beginning of 2016, the debuting album Nine Track Mind was presented, and Charlie gave the first concert in support of the album in March.

In May 2017, Charlie gave a live performance and sang the new song “Attention” at the reality show The Voice. In 2016-2017, Charlie played himself in the sitcoms Undateable and Life in Pieces; in the musical contest Drop the Mic, he appeared with the group Backstreet Boys.

Charlie’s first kiss happened when he was 13.

In 2016, Charlie Puth and Selena Gomez had the song “We Don’t Talk Anymore” released and got close at that period. The affair was stormy but short; the young man had mixed feelings. The singer confessed in his interview that he was not the only man in Selena’s life and knew that when he entered that relationship.

Soon, the media published the photos where Charlie Puth was kissing the actress and singer Bella Thorne on a beach. Bella had just broken up with her boyfriend, the actor and singer Tyler Posey. There were many rumors that the young actress never split up with Tyler and dated two men at the same time.

Charlie believed those rumors and wrote several rash posts on Twitter. Angry, Bella broke up the relationship that had just begun and said unflattering things about the man. As it turned out, the rumors were false; they were based on the old article where Bella and Tyler appeared together.

There were also speculations that Charlie Puth was dating the singer Meghan Trainor. The couple kissed passionately at the American Music Awards and sang the hit “Marvin Gaye” together; however, the kiss was the part of the show. Charlie and Meghan are only friends; the young man has no wife or girlfriend.

Charlie Puth is Sagittarius. His height is 180 cm., and his weight is 74 kg. The singer has the official Instagram page. In one of his interviews, Charlie mentioned he dreamed of becoming a giraffe because he wondered what it felt like. The young man loves pets; he has a spaniel Brady.

Charlie is shy: he would prefer to stay in and watch TV with his friends rather than go out somewhere. Before he earned his fame, Puth often spent time coding in his room and had no social life.

In May 2018, Charlie’s second studio album Voicenotes came out. It should have been presented at the beginning of the year, but the young man postponed the day of the release to refine it and redesign the cover.

In July 2018, Puth started touring in North America to support the album. The first concerts were given in Toronto, Canada; the tour will finish in Japan in November 2018. 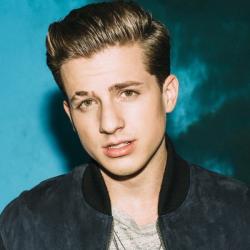