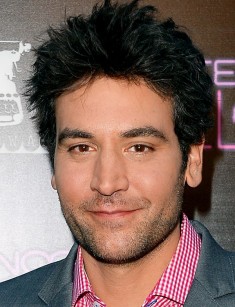 Josh Radnor was born on the 29th of July, 1974 in the city of Columbus in the State of Ohio in the conservative Jewish family. His parents are Alan Radnor and Carol Radnor. He has two sisters — Melanie Radnor and Joanna Radnor Vilensky. The boy's father Alan Radnor is a lawyer who specializes on the suits of the medical errors.

In early childhood, the family of Joshes moved to the small town of Bexley. There Josh began to attend the Jewish high school. The boy was growing a smart boy, and his father was dreaming about the dangerous profession for his son. But Josh has chosen another path for himself— after the completion of the studies at school he entered the Faculty of Dramatic Arts at Kenyon College. The famous American actor Paul Newman had studied here.

At the college, Josh has received the grant for free studies during the first semester. When Josh had graduated from the college with the Bachelor's degree, he continued his studies at New York University. He has become the Master of Fine Arts after the completion of his studies.

Josh Radnor has taken his first steps as an actor in the episodic roles in the series Law & Order and ER. Later, he received the characters of Justin Burr in the series Judging Amy, Will Jaffe in Six Feet Under and Andrew in Miss Match. But these roles turned out to be not noticeable and haven’t brought success and popularity to the young actor. Sometimes Josh took part in the extras — for example, he participated in the movie The Chronicles of Riddick.

In 2002 Josh Radnor acted on Broadway, in the theatrical performance The Graduate. He appeared on the stage together with Kathleen Turner and Alicia Silverstone.

Josh had his luck when he successfully passed the audition for the leading role in the comedy series How I Met Your Mother which was released on CBS channel on the 19th of September, 2005. This series became the successor of other well-known TV comedy sitcom Friends which occupies one of the leading positions in the TV-show rates for more than ten years.

Carter Bays and Craig Thomas have created the series. The plot of the series How I Met Your Mother is based on the off-screen story of the main character Ted Mosby who addresses to his future children living in 2030. Ted tells about the adventures in his youth in New York from 2005 till 2014.

Ted Mosby (Josh Radnor) — is a timid young man, an architect, who often falls in love. He is looking for his love and each time when he gets acquainted with the new girl he thinks that she is the only one for the rest of life. Ted began to have problems with the search of the girlfriend after his friend – the student of Law faculty Marshall had announced that he would like to get married. Jason Segel played the role of Marshall in this series. Lily Aldrin whose role was performed by Alison Hannigan became the Marshall’s darling. Ted begins to think about his future. In the second season of this series, Marshall and Lily have got married.

The bold friend of Ted – Barney helps him to choose his future wife. Neil Patrick Harris has performed the character of Barney. Some comic moments and scenes are connected with the latter character. He is dressed very well all the time, and he is the author of the catchphrase: "Dress up." In one of the episodes, Barney has even sung the song dedicated to the suit. Concerning friend Barney always follows "the Code of the Brother." During all the series he doesn’t disclose the intrigue about his new job. He will tell his secret only at the end of the last season.

At the beginning of the series, Ted began to have a girlfriend called Robin Scherbatsky who was smoking cigars and drinking whiskey. This role was performed by Cobie Smulders— the Canadian model and actress who is known to the spectators due to her role of Maria Hill in the Marvel movie universe. In 2015 in the mass media there was published the confession of the actress about the fact that during the shootings of the series How I Met Your Mother she had learned that she had ovarian cancer. She was undergoing treatment for several years and had two surgeries.

The final episode of the series came out on the screens on the 31st of March, 2014. During the display, it awarded Emmy TV Awards six times. Moreover, the series also received Teen Choice Awards, in the category People's Choice and Critics' Choice Television Award.

In the role of Ted Mosby, Josh Radnor appeared one more time — he has voiced-over the episode with Ted’s participation in Family Guy.

Alongside with the acting, Josh Radnor tried himself in the directing. In 2010 there came out his debut – the picture under the title Happythankyoumoreplease. Josh also appeared in this movie as the leading character. This comedy-melodrama narrates the story about the meeting of unsuccessful writer Sam who lives in his dreams about the creation of the literary masterpiece with the black boy Rasheen. The actor Michael Algieri performed the role of the homeless boy Rasheen. Sam had to take this boy home and to take care of the child. Their acquaintance has changed the destiny of both. The series has received Audience Choice Award at Sundance Film Festival in 2010.

In 2012 there came out one more successful movie with the participation of Radnor. It was the movie Liberal Arts. In this picture, Josh appeared both as a scriptwriter and a director and played the leading role. The film tells a romantic story of the 35-year-old bachelor Jesse Fisher. He loves literature and considers his life and career unsuccessful. The character meets the daughter of his friend — the young student Zibby (Elisabeth Olsen) who studies dramatic arts.

At present, the 42-year-old actor Josh Radnor has settled in Los Angeles. The handsome man who is 182 tall is not married.

Since 2008 the actor has had relations with the actress Lindsay Price (the actress in the series Lipstick Jungle, Eastwick), but in 2009 the couple broke up. At present, Lindsay is married to the cook Curtis Stone. She gave birth to their two sons.

Later in 2011, he began the relationship with the actress Julia Jones, known to the audience on the role of Leah Clearwater in the picture The Twilight Saga: Eclipse. But in February 2013 the couple announced their parting.

Since 2016 Josh Radnor has taken part in six episodes in the series Mercy Street as the character of Dr. Jedediah Foster. The new season of the series was released in January 2017.

Millions of the actor’s fans all over the world are interested in the creative plans of the star. He actively shares his plans on Twitter. 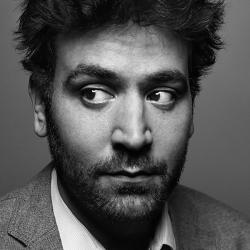