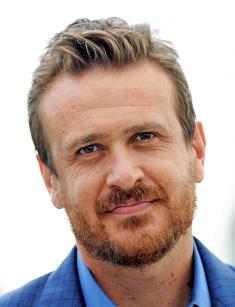 In March 2017, at the Sundance Film Festival, The Discovery movie starring Rooney Mara, Jason Segel and Robert Redford was premiered. It is a romantic science fiction film about a couple living in the distant future. After the scientists prove that the afterlife exists, this discovery leads to an extremely high suicide rate because of all the people wanting to start over.

Jason Jordan Segel was born on January 18, 1980, in Los Angeles, California, the United States, in the family of an Ashkenazi Jew and a Catholic. There appeared no difficulties with the religion of parents in the family. Jason's father Alvin Segel worked as a lawyer, and his mother was a housewife. Jason has a half-brother, Adam, and a younger sister, Alice. According to Segel, he didn't get along with his half-brother.

The boy studied at the Catholic Harvard-Westlake School, where classmates considered him an outsider. In high school, Jason was a member of the school basketball team because of his height (193 cm) and at the same time playing in the local theater "Palisades Playhouse." After graduating from high school Jason was going to go to College, but the passion for acting prevailed in him: Segel did not enroll at any College and continued to play in the theater.

At the age of 18, Jason Segel played his first parts in the following movies: Dead Man on Campus, Can't Hardly Wait, SLC Punk!.

In 1999, the actor began working with the producer Judd Apatow, and it determined his entire career. The 19-year-old actor was given one of the main parts in a teen comedy-drama television series about students of the suburbs of Detroit, Freaks and Geeks (1999-2000). Jason played the role of an eccentric, awkward freak Nick Andopolis.

While working on the series, Segel managed to use his musical skills (at the age of 17 He learned to play the piano to attract more girls). He wrote a song and dedicated it to Linda Cardellini (she played the part of Lindsay, Nick's girlfriend).

In 2005, the creators of the sitcom How I Met Your Mother Carter Bays and Craig Thomas, who were fans of the Freaks and Geeks TV series, invited Jason Segel to be one of the leading actors. The actor played a law student Marshall, who is in love with a kindergarten teacher Lily. This is a fun, light comedy, which replaced another sitcom, Friends.

Together with Jason on the set worked Josh Radnor, Cobie Smulders, Neil Patrick Harris and Alyson Hannigan. The role of Marshall made the actor a real star. The series is still popular among young people, it received Emmy Award six times, and more than forty times became a nominee of prestigious awards.

At the same time as working on the TV series How I met your mother, in 2007, Jason played in Judd Apatow's comedy Knocked Up. It was a high-grossing movie (over $219 million). And in 2008, Forgetting Sarah Marshall came out- a film about a young couple who came to spend their vacation in Hawaii. Together with Segel played Kristen Bell and Mila Kunis. Jason Segel was also the screenwriter of this movie. Once he admitted that in the script he used some stories from his real life.

In 2011, the comedy Bad Teacher directed by Jake Kasdan starring Justin Timberlake and Cameron Diaz came out. In the movie, Jason got the part of a modest school's gym teacher, Russell Gettis. The teacher is secretly and hopelessly in love with the main character — a glamorous socialite and at the same time a school teacher Elizabeth Halsey (Cameron Diaz). The blonde clearly does not fit the standards of the decent, conservative school.

Jake Kasdan made another film starring Jason Segel and Cameron Diaz, Sex Tape. In it, the actors play the role of a bored couple who have been leading a routine life for ten years. Trying to diversify their sexual life, the couple shoots a sex tape. They don't realize that soon it will become public.

Another notable work of Jason Segel is the main part (Tom) in a romantic comedy The Five-Year Engagement, directed and produced by Nicholas Stoller. The movie tells the story of fiancées, who, because of the girlfriend's work, are forced to live in different cities and to put off their wedding for five years. The main character's name is Violet (Emily Blunt). The film was received well by critics and grossed $52,3 million. For his part in this movie, the actor had to work out hard in the gym. Jason used to weigh 100 kg, and it was too much for the role of the slim and fit character of the film. He got on set looking much thinner.

Once Segel together with Nicholas Stoller presented the Walt Disney Company the script of the movie based on the world-wide classic, The Muppet Show. The idea of writing such a film came to the authors during the shooting of the final scene of the comedy Forgetting Sarah Marshall (the scene with the singing muppet dolls). Jason said:

"My love for muppets started in my childhood. It was my first entrance into comedy that's kind of subversive. It was when then I fell in love with the puppet theater. I think it's an amazing form of art."

Disney accepted the proposal and started shooting the muppet film. However, the Studio wasn't pleased because of one uncomfortable fact: shortly before that Jason played in some sex scenes. The actor played the leading role together with Emily Blunt. The movie was released in 2011 and won an Oscar for Best Original Song.

On December 31, 2011, the audience saw Jason Segel's work as a director in a short-film Jason Segel and Paul Rudd Meet "Rush." In this funny story, Peter (Paul Rudd, the star of the TV series Freinds) and Sidney (Jason Segel) are mad fans of the Canadian rock band Rush. The guys buy tickets to a rock concert, but they turn out to be fake. They manage to get to the show and even meet the rockers.

Jason Segel writes and performs his own music. In 2010, together with the band Infant Sorrow, he recorded the soundtrack for the comedy Get Him to the Greek.

In 2009, Jason had a brief relationship with the English actress Michelle Ryan. In 2012, he started going out with Michelle Williams (My Week with Marilyn, the part of Marilyn Monroe). The relationship lasted a little less than a year. According to his friends, Michelle and Jason were perfect together, Segel got on very well with Michelle's daughter Matilda. The probable reason for splitting up was doing a long-distance: he was in Los Angeles, and she lived in New York.

Jason Segel is said to have had a relationship with Katie Holmes, Cameron Diaz, Alexis Mixter, an Australian Bojana Novakovic.

Jason Segel today is an ordained minister with the Universal Life Church. He was ordained a priest. Once he performed a wedding ceremony on The Tonight Show.

He has no children. Now Jason Segel lives in West Hollywood. 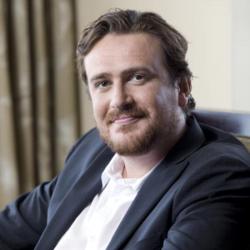