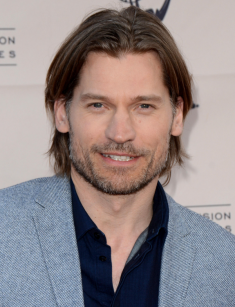 Nikolaj Coster-Waldau is a Danish actor, a star of the well-known fantasy series Game of Thrones. Besides, the actor takes part in full-pledged Hollywood blockbusters and also regularly participate in European, and especially Scandinavian pictures and series.

The actor Nikolaj Coster-Waldau was born on the 27th of July, 1970 in the small Danish village Rudkøbing (not all the Danes know about its existence). In a short time, his parents relocated to Copenhagen where the actor spent his childhood and young years.

At teenage years Nicolaj was engaged in the athletics and achieved great results. By his words, the sport gave him the self-confidence which he lacked. Nikolaj Coster-Waldau was secretly dreaming about the acting career. And he didn't hesitate to talk about it out loud. During the sports competitions, the future actor got used to the audience and the cameras – he was preparing for the future appearing on the stage. While studying at high school, he started to prepare to enter the Copenhagen drama school.

In 1989 Nikolaj Coster-Waldau became a student, and in 1993 he received his actor's diploma. During the student's years, he more than once appeared on the stage of Betty Nansen Theater. He was one of the main actors of the troupe. After the completion of the studies at drama school, he was going to continue his career in the theater, but the fate has stepped in.

The Danish producers saw Coster-Waldau’s acting in one of the performances and invited him to the audition of the movie Nightwatch. Nobody gave any promises to the beginning actor, but he decided to pass the audition. But the instincts were right –despite all the rules existing in the movie industry the unknown actor received the leading role. The thriller Nightwatch was shot with the small budget. The directors and producers were extremely surprised when this movie earned the income in the hire.

Later, there began the shootings in the drama Bent which tell about the sexual minorities in the German concentration camps and the way they survived here. On the movie set, Nikolaj Coster-Waldau got acquainted with Mick Jagger and made friends with him. This movie has won a prize at the Cannes Film Festival.

In 2001 the eminent Hollywood director Ridley Scott invited the Danish actor to the shootings. Nicolaj has performed the role of Gary Gordon in the picture Black Hawk Down.

Four years later Ridley Scott invited the actor to play the role of the sheriff in the movie Kingdom of Heaven. Though the role is episodic but memorable. From 2005 till 2010 Nicolaj actively participated in the movies in Denmark and Hollywood. But the critics have appreciated only one of his roles– the 400-year detective in the series New Amsterdam.

The project Game of Thrones has become the next significant actor's work. This series is a screen adaptation of the fantasy blockbuster – the series of books A Song of Ice and Fire written by George Martin. In this series, the actor has performed the role of the Knight Jaime Lannister. His character is a tall blonde-haired young man (the growth of the actor is 188 cm) with sexual muscles, but at the same time, he has some negative traits of character and dark biography. Though, the latter facts haven’t made Lannister the main villain as the primary principle of the popular book saga is the absence of absolutely positive characters.

At the beginning of the series, the character had the major interaction with Cersei Lannister (Lena Headey) with whom Jaime had difficult tied relations. This relationship has become the basis of the plot and the reason for the beginning fight for the royal throne. This became the primary subject line of Game of Thrones. Also, there appeared some dynamics in the plot between Jaime and the female warrior Brienne of Tarth (Gwendoline Christie).

In the beginning, the audience was skeptical about the character, but with every season he began to have more and more admirers. The development of the character also contributed to this. Jamie has undergone many testaments which have transformed the self-absorbed knight who was living in the capital at the king into the outcast. At the same time, according to the plot the character has lost his hand and had to wear the artificial metal limb. This fact hasn’t deprived him of the fans’ love.

For this role, Nikolaj Coster-Waldau has received Screen Actors Guild Awards more than once.

In 2013 the spectators saw three movies with the actor’s participation at once: A Thousand Times Good Night, Mama, Oblivion. The film Oblivion in which the actor performed the soldier Sykes has earned 250 million dollars.

In 2014 Nicolaj Coster-Waldau performed the leading role in the Danish thriller A Second Chance.

The beginning of 2016 became plentiful for Coster-Waldau: the actor took part in the sixth season of Game of Thrones, and also the actor performed the role of the god Horus in the film Gods of Egypt. This film had to become the fantasy blockbuster, but it turned out to be a failure and received negative feedback both from the professionals, as well as from the ordinary fans. The movie criticized for the excessive simplification of the Egyptian mythology, the overabundance of the special effects and castes what doesn’t correspond to the geography of the feature world of the picture.

The actor is a happy spouse and the father of two children. The actor is married to the actress and model from Greenland Nukaka Motzfeldt. He has been faithful for many years to his spouse. Till present, they remember the day of their acquaintance to within minutes. They have met each other on the 17th of March, 1997 at 9:30. Nikolaj was sitting in the recording studio waiting for the girl who had to voice-over the role. His partner was late, and the actor was about to lose his temper. But he forgot about his irritation when he saw the gorgeous brown-eyed blonde entering the studio.

He doesn’t keep it in a secret that he has fallen I love from the first sight. Soon, Nukaka and Nikolaj have got married. In their marriage, two daughters were born. Their elder daughter has decided to become the actress and has already performed in the episodic role. The younger daughter hasn’t chosen her future profession yet.

After the shootings in Game of Thrones Nicolaj Coster-Waldau spent his fee for the restoration of their patrimonial manor house which was built in the 19th century. At present their united family and their two dogs live in this cozy estate.

Nicolaj Coster-Waldau leads his account on Instagram where he posts the photos from his daily life. The actor has more than one million subscribers on Instagram.

In 2017 Nicolaj Coster-Waldau took part in the new 7th season of Game of Thrones. With each new season, the character is revealed better and better what contributes to the replenishment of the army of fans of the character who had seemed negative earlier.

Unlike the previous season, there are no well-known subject lines in the seventh season. The season was shot on the base of the original script. The books of George R.R. Martin The Winds of Winter and the unpublished book A Dream of Spring became the base of the plot of the 7th part of the series. This fact attracted the admirers of exclusively book series to this screen-adaptation.

The 8th season is also based on the original plot of the scriptwriters and the final part of the book A Dream of Spring.

Alongside with the world on the new seasons of Game of Thrones Coster-Waldau also takes part in other projects. In 2017 the actor performed the leading role in the drama thriller Shot Caller. Nicolaj embodied the role of the honest businessman who takes efforts to live by the law. But, the character gets into the car accident where the person dies by his fault. The character is sentenced, and the picture tells about the tries of the law-obedient person to survive in the cruel conditions of the prison.

Moreover, in 2017 the actor took part in picture 3 Things and Small Crimes. Besides, there appeared the information that Nicolaj Coster-Waldau would play the main role of Geralt in the screen adaptation of the series of books The Witcher of Andrzej Sapkowski. The fans publish the Photoshopped photos of the actor with the laid white hair, bright yellow eyes and other attributes of the witcher.

But the official participation of Coster-Waldau wasn’t confirmed officially especially as the cast of the series wasn’t announced. The only thing that it is known officially that the Platige Image company has already pursued the rights for the screen adaptation of the stories Witcher and Lesser Evil from the popular series. 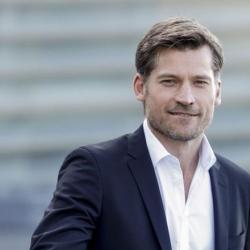