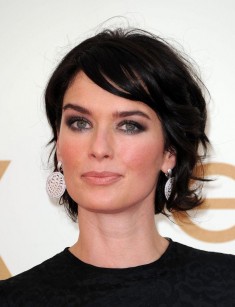 Lena Headey is a British movie actress. She has become famous after the role of Cersei Lannister in TV series Game of Thrones.

Lena Headey is the British actress who was born in the overseas territory of Great Britain. She was born in Bermuda where her father, a police officer from Yorkshire was in service. Lena has lived in the archipelago for five years, and later the girl's family has gone to the foggy Albion. The future actress spent her childhood and youth in Yorkshire.

However, during that period, the girl didn't make any plans for the actor's profession. She was more interested in the fashion and style world. Headey dreamed to become a hairdresser and to gain popularity in the model business. Once the agent who was choosing the cast for the movie Waterland received the photos of the 17-year-old Lena agent. After the audition in which Headey had taken part just of the banal curiosity, the agent invited the girl to participate in the movie shootings. Lena has accepted the invitation.

The movie Waterland became the debut picture of Headey. The actress was preparing thoroughly for the shootings. The girl attended boxing and riding classes. As a result, her first role turned out to be a perfect start in the creative biography of the aspiring actress. In the picture of Stephen, Gyllenhaal Lena appeared on the screen together with already well-known actors Jeremy Irons and Ethan Hawke.

Next, five years after the release of the first picture were very saturated and plentiful. Lena has taken part in twelve films. The actress has enriched his filmography with the following movies: The Remains of the Day, Century, The Hunger, Band of Gold, The Grotesque and Merlin.

The movie Aberdeen which came out in 2001 appeared to be successful for the taking off of Lena Headey’s career. This role let the actress win The Best Actress nomination at the European Film Festival in Brussels. At the same time, there came out two more pictures Gossip and Onegin which received positive feedback from both critics and the audience.

Her next roles were vivid and memorable though Lena didn't receive any individual awards for these roles. The movie 300 where Headey has performed the role of Gorgo, Queen of Sparta, has improved the situation for the better. This role has brought three prestigious nominations to the actress. This favorite movie has influenced the career of the actress, and Lena's photos have appeared on the covers of the best world-famous cinema magazines.

The British actress considers the most remarkable event in her career the invitation to play Sara Connor's role in the series Terminator: The Sarah Connor Chronicles. For this role, Headey got the nomination for Saturn Awards. The blockbuster Dredd, the thriller The Broken and also gripping movies The Purge and The Mortal Instruments: City of Bones became remarkable in the career of the actress.

All her previous progress was overshadowed by the famous series Game of Thrones which brought extreme fame to its participants.

The movie Game of Thrones is the most large-scale project with the participation of the British actress. In this cult TV series, Heady performed the role of Cersei Lannister.

The fantasy series Game of Thrones is on air on the American HBO TV channel since 2011. This series has got ten nominations for Emmy Awards, and the sequence of George Martin's books "A World of Ice and Fire" became the literary basis for this cult picture.

Lena takes part in the shootings of this picture for seven years, but this famous TV series has already reached the finish line, and the admirers of the series started to predict the events of the seventh part. Particularly the fans are monitoring the situation in King’s Landing where Cersei Lannister reigns.

The actress is sure that her heroine will reign for a short time and Cersei will be killed by Arya Stark (Maisie Williams performed the role) or Tyrion Lannister (Peter Dinklage). Such predictions of the British actress disappoint the admirers as the fans know the fantasy novels of Martin and aren’t agree with Headey.

According to the book, Cersei will be killed by "valonkar," what means "younger brother" n translation from the Welsh language. Tyrion responds to such definition, but most of the people are sure that the Queen will be killed by Jaime (Nicolaj Coster-Waldau). Cersei was born a bit earlier, and it means that Jaime can be considered a minor brother.

Show-runners David Benioff and Dan Weiss don't conceal their sympathy for Cersei. They remind that love for children is the sense of her character and suggest to think over the image of the heroine after the suicide of her last child.

In the press, it was said that each bed scene with the actress was too expensive for HBO channel. Once it happened that the fans of the series have accused Headey of dismissive attitude towards the audience. By the words of the fans of Game of Thrones, they feel deceived as the doubler has replaced Lena in juicy outspoken scenes.

The religious fanatics imprisoned the character of Headey for her immoral behavior. To be set free, Cersei had to have her hair cut and to walk through the suburbs of the King’s Landing naked. Moreover, she has suffered humiliation and insults from the local population. The actress herself has stated that he wasn't ready to go through such an experience that's why Rebecca Van Cleave (the doubler) had to do this work instead of the British actress.

Nevertheless, Headey has appeared naked in the streets. The British editions informed that just the security of this video (Walk of Shame of naked Cersei) which was shot in Croatia ha cost HBO $200,000. It turned out to be so expensive because it was necessary to hire additional guards "to clear" the movie set from the curious crowd. Anyway, the company tries not to give comments on such messages.

During the shootings in the movie, The Jungle Book Lena Headey has got acquainted with Jason Flemyng. The actors began a love affair which lasted for nine years. They had serious relations, and Lena has even made a tattoo with the name of her beloved man in the Thai language. But at last their love has come to an end.

In 2006 Lena met the musician Peter Paul Loughran. A year later the couple has registered their relations officially. In this marriage in 2010, Lena gave birth to their son Wylie. But next year Peter and Lena have unexpectedly broken up.

The users of Instagram and other social networks have always tried to get some information about Lena's children, personal life, and health. In July 2015 there appeared the information that a daughter Tallulah Kiarra Headey was born at Headey and Pascal.

The fans of the actress are often interested in her parameters (her growth is 166 cm, and her weight is 54 kg), as it is known that in her spare time Lena practices yoga. She has got fancy for yoga during her stay in India. Also, the woman is fond of boxing. She takes boxing lessons in London sports center.

In 2017 Lena Headey will again appear in the image of Cersei Lannister. The premiere of the seventh season of Game of Thrones is set for July.

Moreover, Lena takes part in the shootings of the new picture The Flood where she performs the role of the British immigration service’s employee. The script of the movie is based on real memories of the people working in Home-office (the British State immigration control structure).

In one of the interviews, the celebrity has stated that migration crisis there existed security issues, but it was worth to bring the rules and norms closer to human. By the words of Headey, it is not fair, that after the travel the refugees face significant difficulties, and the attitude of the Europeans towards them is extremely negative. The actress considers, that "migration crisis has some levels, but the major problem of the global disaster is the fact people ignore moral principles."

In April 2017 it became known in the American mass media that five actors who performed roles in Game of Thrones would become the highest paid in the history of the series. Except for Lena Headey, Peter Dinklage (Tyrion Lannister), Emilia Clarke (Daenerys Targaryen), Nicolaj Coster-Waldau (Jaime Lannister) and Kit Harington (Jon Snow) were included in this list.

It is supposed that the actors have concluded the contracts with HBO TV channel under which they will earn $2,5 million for a full episode. Also, the actors will get payments of interest from the broadcastings shown in 170 countries of the whole world. Moreover, the repeated screenings of the series will bring additional bonuses to the stars of the picture.

In the future, the spectators will probably see Lena in other images. The actress is aware that her fantasy image is not forever, and realization and acquaintance with different directions will help her to develop and to discover new boundaries of acting. 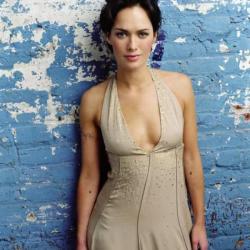