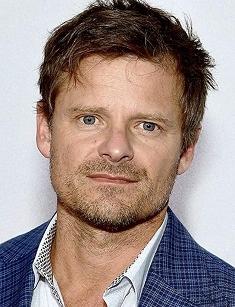 The path to success of the American actor began in the 90s from participating in theatre performances. Later he got success on screen playing various roles from amiable idlers in comedies to deep and dark characters in science fiction films.

Steven spent his childhood in Minnesota with his parents. At high school, the boy steadily appeared on school plays displaying superior acting talent. After school, he entered the college of arts but dropped out. He saw the musical Les Misérables which shook him so much that he immediately decided to pursue the career of the actor. As Steven mentions, when he was watching the performance, he felt an overwhelming compulsion to be part of the performance.

In 1987 he made first steps as a professional actor and appeared on the stage in the semi-autobiographical play by Neil Simon. He proved to be a promising actor, and the fellow actors inspired him to study drama on a two-year program. Next years the actor continued to work on the stage and appeared in two plays.

Steven appeared on the second season of the cult TV series “Friends” where he played Phoebe’s husband. The actor confessed that this four-days work is exceptional for him. He is glad to take part in it and play a bright and memorable character. Till nowadays some people recognize him as an actor from “Friends.”

His movie career started in the 90s when he appeared in the movie “Reality Bites.” This role gave Steven the reputation of amiable idler on the screen and helped to get similar positions in several projects, “You’ve Got Mail” among them.

In the 2000s the situation changed and Steven began playing more deep, darker and nuanced roles. Bad Ape (“War for the Planet of the Apes”) is one of the most challenging characters which Steven ever played. He had to research role by watching videos with chimps. The actor came across complex digital production and motion capture process.

He also played the Vietnam prisoner in the movie Rescue Dawn. To get into his character, he worked much on his appearance and lost forty pounds.

He starred in the adventure movie “A Perfect Getaway,” working alongside Chris Hemsworth and Timothy Olyphant. Through the career, Steven changed his look several times. In 2010 he was included in the list of best bread growers thanks to his memorable appearance with the beard.

The actor is well-known for his comedian work in the action movie “National Security” where he played alongside Martin Lawrence. He also played in the comedy “Saving Silverman,” the star cast included Black Jack and Jason Biggs.

Through his long-lasted and prolific acting career, Steven got numerous small roles in big films, as well as he gained various prominent positions in small productions. Zahn is a demanded actor, who appeared on movies, TV projects, play on the stage as a dramatic actor. Steven is also a voice actor of animated films. As a result, he earned a good fortune, his net worth is more than $25 million.

People are used to know Steven on the screen as an idler or sidekick, but in fact, he is deferent in real life. The actor said that he woke up at 6 a.m. without an alarm clock, he has always been the hardworking and conscious person.

In the very beginning of his career, Steven met the theater artist Robyn Peterman. They had been dating for three years and finally married in 1994. The twosome has two children. Steven, his wife, and children reside in a farmhouse and enjoy the country life. The actor has horses and goats and likes fishing with his son. Steven and his spouse are runners of local theatre where they participate in local performances.