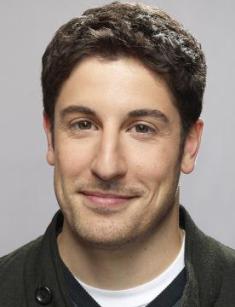 The popular comedy American Pie (1999) made a lot of aspiring actors famous stars. Jason Biggs, who played the clumsy, funny Jewish guy, Jim, was one of them. However, the actor is well-known for other movies.

Fans of the movie will be surprised, finding out that the family of the actor who brilliantly played a Jewish schoolchild does not have representatives of this nationality. The Italian ancestry influenced his facial characteristics. Jason Biggs was born in the town of Pompton Plains, New Jersey. This joyful event in the family of Gary Louis and Angela occurred on May 12, 1978.

Biggs's parents were not related to the film industry. His father worked in a shipping company; his mother was an employee at a local hospital. The family had two more children: older Chiara and younger Heather Biggs, with whom he had a warm relationship. From early childhood, Biggs was interested in unusual things.

He was an active and charming child who had also acting talent. His path to fame was short-lived. At the age of 5, the cute kid already filmed in commercials and posed for photographers. At the age of 13, the teenager was offered a role in the Broadway play Conversations with My Father. The theater stage became an invaluable experience for his future career.

Jason was invited to play a secondary role in Drexell's Class, but soon the TV show was closed. The next success was the role in the series As the World Turns. The fifteen-year-old man joined the main cast of the soap opera. This TV series premiered in 1956 and ended in 2010. In 1995, the young actor got a bit part in the movie Major Payne.

For two seasons (1994-1995), Biggs scrambled between college and work. As a result, the young man dropped out of school. He studied at New York University for one semester; then, the man also dropped out of Montclair State University. Having matured, Biggs changed his attitude to study and graduated from Hasbrouck Heights High School.

His early movie and theater experience proved that it was his vocation. Therefore, having failed at studying, Jason Biggs went to Los Angeles to conquer Hollywood. In 1997, he began working as a film extra, playing secondary roles in TV series. A year later, the man was offered to star in the teen comedy American Pie.

The talented young man landed a role in a new popular movie. Filming in this project was an important event in his biography; he reached the peak of popularity, which ensured further success. The script was written by Adam Herz. The plot focuses on four friends, school graduates, concerned about the loss of virginity.

The funny teen comedy film series, which touches upon the problems of teenagers, appealed to the young American generation. The movie grossed $235 million worldwide against a production budget of $ 11 million. The story had a continuation; the first film was followed by several sequels. The last movie American Reunion was released in 2012.

The second 2001 film focuses on the friends who rent a house on the lake, continue to date girls, get into funny stories, joke and have fun after finishing the first year of college. The ending of the story marks the beginning of the third movie entitled American Wedding (2003). The main storyline is dedicated to the wedding of Jim and Michelle (Alyson Hannigan).

The shooting in the film was crucial for Biggs. He became an in-demand actor whom agents sent offers. For the first time, it became possible to choose roles. In 2000, the actor appeared as Paul Tannek in the movie Loser, and he played the role of energetic Steve in Boys and Girls.

Anger Management is one more successful movie in his filmography. The actor began signing contracts with well-known production companies.

Along with success and popularity, Jason Biggs faced criticism. He was called a bad actor, miserable trash, completely faded, and unremarkable. The man became associated with comedy roles, and his filmography mainly included the movies of this genre. The project Prozac Nation was the only serious work of this period when he played a dramatic supporting role. Whatever envious people and ill-wishers said, Biggs's popularity only increased.

He joined the Hollywood elite, constantly filmed and appeared on the screen. His partners were such famous actors as Woody Allen, Danny DeVito, Christina Ricci, and other Hollywood stars. So, Jason Biggs is successful; he participates in interesting projects and fulfills creative plans.

The actor starred with Ben Affleck, Liv Tyler, and Jennifer Lopez in the American comedy movie Jersey Girl, and worked with Isla Fisher in the movie Wedding Daze.

In various movies, he played on the same set with actresses Mena Suvari, Monica Potter, Eva Longoria, Shannon Elizabeth, and others. In 2012, Jason voiced Leonardo in the animated series Teenage Mutant Ninja Turtles. His name still dominates the news.

A successful career and a handsome appearance of the actor attracted crowds of female fans. But Jason Biggs did not spread himself too thin, remaining faithful to his girlfriend.

He got engaged to actress Jenny Mollen in early 2008; three months later, they got married. Jenny became a careful wife who gave birth to his son Sid.

Nowadays, the actor continues to do his thing, acts in movies, enjoys life, and raises his son with his wife. He shares impressions and photos on Twitter and Instagram.

In May 2017, the actor celebrated his 39th birthday, and he still keeps fit. The man is 5.84 ft. (178 cm) tall, weighs 167.55 lbs. (76 kg), looks attractive and is admired by numerous fans who love a cheerful and bit hapless guy, Jim. Biggs is planning many exciting projects in the future.