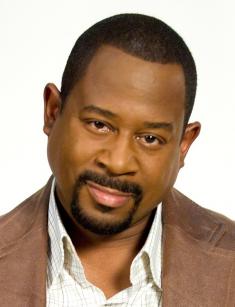 The famous comedian, Martin Lawrence, was born in April 1965 in the family of the U.S. military officer, John Lawrence, who at that time served in the city of Frankfurt, Germany. His mother Chlora was an ordinary housewife.

At the age of 6, the boy returned to America with his parents and five brothers and sisters. Two years later, the relationship between his mother and father deteriorated, and John decided to return to Europe without his wife and children.

Chlora had to work to provide for such a large family. In an hour of need, the youngest son, Martin, who always knew how to make her laugh, was a sight for sore eyes of his mother. So in early childhood, Lawrence showed his talent as a comedian.

Successful school performances of the boy gradually turned into something more. He began to think about a career as a comedian. At first, Martin preferred to work at nightclubs. He performed as a stand-up comedian in the evening on the Washington stages.

Martin became more and more famous at the local clubs, which instilled a sense of confidence, and the young man decided to try his hand at acting. Martin Lawrence made his movie debut in the television series What's Happening Now!!, which premiered on American television in 1988, and his first work in a full-length movie was a role in the film House Party.

But, to impress viewers, it was necessary to play in a big movie with a comedic star. He had such an opportunity in 1992 when the creators of the film Boomerang offered Lawrence to work together with Eddie Murphy. Since then the artists have maintained a strong professional friendship, and the film yielded the desired outcome. Later, the comedians filmed together in the movie Life.

In the mid-90s, one more film was released, which consolidated Martin's success on the big screen. In the movie Bad Boys, Lawrence starred with such stars as Will Smith and Téa Leoni. A few years later, the artist appeared together with other celebrities, starring in several successful comedies. These are the film Nothing to Lose with Tim Robbins in the leading role and the film What's the Worst That Could Happen?, in which Martin Lawrence worked with Danny DeVito.

At the same time, Lawrence gained experience and created his own television sitcom Martin, which was broadcast on one of the US cable channels. The show was gaining popularity, especially when the new title character of Mama appeared in it. Martin Lawrence also played this famous role.

Lawrence's jokes bordered on vulgarity, he was even allowed to use dirty words without restrictions. But this did not prevent the comedian's sitcom from being incredibly successful, and Martin was the best comedic presenter in the country. In 1994, the documentary film You So Crazy was released. Lawrence wrote its script, which told about his work on television.

But the actor's biography consisted not only of victories in the sphere of cinematography. He also distinguished himself with his scandalous behavior. At the peak of his fame, Martin began to take mood-altering drugs, which became noticeable not only to viewers but also to law enforcement agencies. Several times Lawrence was banned from the programs for his behavior. A provocative incident even took place during the shooting of Saturday Night Live.

In addition to this incident, the comedian got detained at the airport while trying to board a plane with a gun. To make matters worse, one of the actresses of the program Martin filed a lawsuit against Lawrence accusing her artistic director of sexual harassment. It took several years for the artist to change his lifestyle.

The first time Martin Lawrence shot a film in 1996. It was the movie A Thin Line Between Love and Hate. However, he became really famous as a director later. In the early 2000s, the outstanding comedian’s career had a new stage of development, which was marked by a series of awards that Martin Lawrence won for his work as a director and producer.

His work in three comedies Big Momma's House, Big Momma's House 2 and Big Mommas: Like Father, Like Son not only made him popular with viewers but also brought a profit of more than ten million dollars. Martin Lawrence could bring his versatile comedic talent to light in the great sequel.

Martin Lawrence has been married twice. The first wife of the comedian was model Pat Smith, who in 1996 won the Miss Virginia USA competition.

They had a daughter, Jasmin. But the marriage did not last more than two years because of her husband’s addiction to drugs. His wife feared for her life, as the artist often behaved aggressively towards others.

Martin's second wife was Shamicka Gibbs, whom he met shortly after breaking up with Pat. This time the relationship lasted more than 15 years. Lawrence had two daughters, Amara and Iyanna, in the new family.

When they divorced, Shamicka and Martin remained on good terms. The actor did not stop communicating with the children and often took the girls to his home.

Nowadays, the third part of the popular Bad Boys franchise is being prepared for release. The shooting began in 2016. The independent American director, Joe Carnahan, has been assigned to make the film.

By the beginning of 2017, the film was mainly shot, and the project is expected to be released in a year. There are a lot of photos of Martin Lawrence and Will Smith on the set of the movie about the police on Instagram. 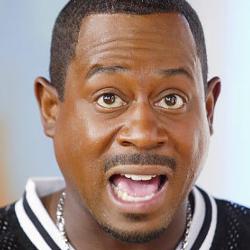