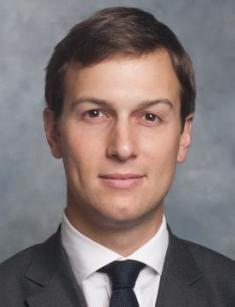 Jared Kushner is an American businessman, multi-millionaire, developer, and publisher. He is the husband of Ivanka Trump, the daughter of the 45th President of the USA, Donald Trump. Since January 2017, he joined the Trump administration, becoming a Senior Adviser to the President.

Jared Kushner, whose family is now known throughout the world, was born in Livingston on January 10, 1981. Jared is a Jew by nationality and religion. The son-in-law of the American President Donald Trump has Belarusian ancestors, and his father, despite his mature age, sometimes finds the strength to visit distant Navahrudak. Jared Kushner's grandparents fled Poland during the Second World War, and as a result of numerous migrations, in 1949, they found themselves in the United States.

Parents provided Jared with everything. Kushner inherited a real estate development company from his father, Charles Kushner. Besides, the guy received a prestigious education: he graduated from Harvard and New York Universities in 2003 and 2007 respectively. Jared has two sisters and a brother.

Back when Jared was a student, he managed to earn over $20 million in real estate transactions. The entrepreneurial skill and authority of his father allowed the young guy to work on equal terms with more experienced businesspeople.

After graduating from both universities, Kushner decided to stay in the property development business, continuing to crank out multi-million dollar deals, as it had been anticipated. In 2008, he was appointed Executive Director of Kushner Companies LLC, after which he engaged in even more significant financial transactions with residential and office buildings. Kushner owns building number 666 on Fifth Avenue in Manhattan – a skyscraper located within walking distance of the Tump Tower.

The Kushners often found themselves in the center of scandals even before Ivanka Trump became Jared's wife. For example, in 2004, Charles Kushner was arrested and sentenced to two years of imprisonment (also because of charges of tax evasion). And Jared Kushner's admission to prestigious American universities, according to journalists' investigations in both cases was preceded by generous donations to their funds from Charles Kushner.

The businessman gained fame after his father-in-law, Donald Trump, dived into politics. So, in 2014, Jared's connections with the religious organization Jehovah's Witnesses and the most substantial transactions for the sale of buildings in Brooklyn, owned by representatives of this religion, was revealed.

When Donald Trump became the President of the country and was almost dubbed Antichrist, Kushner became the center of attention of numerous media sources. However, he has a calm nature, and he is quite shy on camera, rarely giving interviews. Today in conversation with journalists, Jared tries to control himself and doesn't allow them to influence his life.

In 2006, the developer expanded the business by purchasing the newspaper The New York Observer, which cost him $ 10 million. Kushner proved to be a skillful owner of his own media source, as for the period from 2013 to 2016 alone, its circulation grew from 1.3 million per month to 6 million.

When Donald Trump began to run for President of America, his son-in-law played a vital role in the election campaign. Kushner led the Internet campaign and supervised the recruitment of high-level staff.

In 2007, Jared Kushner met Ivanka Trump during a business lunch. They immediately found common ground, and soon began to date. That's when their love story began.

To propose to the girl, Kushner bought a 5.22-carat ring for his special lady. In 2009, Jared Kushner, whose fortune is estimated at millions of dollars, married Ivanka Trump. The wedding ceremony took place at Donald Trump's Golf Club in New Jersey. The ceremony was attended by 500 guests, including Natalie Portman, Russell Crowe, and other celebrities.

Photos of the bride and groom were filled with tenderness and sensuality. Everyone thought of them as a beautiful couple. Even wearing heels, Ivanka looks petite next to Jared because the height of her chosen one is 6 feet 26 inches. The girl was wearing a lace Vera Wang wedding dress.

Sylvia Weinstock baked the wedding cake for the newlyweds. It had 13 tiers (it was almost 6 feet tall), which had different flavors – chocolate, peaches, carrots, almonds, etc.

There are no religious issues in the family: shortly before the ceremony, Ivanka converted to Judaism. The wedding of Jared and Ivanka was organized in the tradition of Orthodox Judaism.

His wife gave Kushner three children: the family had a girl Arabella Rose Kushner and boys Joseph Frederick and Theodore James Kushner. Jared himself does not have an Instagram account, but his wife leads one with great pleasure. Jared Kushner appears on her Instagram account with children quite often.

Even though Kushner had no experience in public administration, in 2017, Donald Trump offered his son-in-law the position of his senior adviser. Trump trusts Jared. Although not everyone in the White House shares the opinion of the President on this account. Some believe that Kushner is a gray eminence.

Kushner was not spared the scandal associated with the connections of Trump and his closest ones with representatives of the Russian Federation. As written by the American media, Jared met with the Ambassador of Russia to the United States, Sergey Kislyak in New York. He also had a conversation with Sergei Gorkov, the head of Vnesheconombank, which fell under the US sanctions. But according to Kuchner, he did not collude with the foreign government and did not have any inappropriate contacts.

Anyway, Jared Kushner is now actively involved in politics. In August 2017, he paid a visit to the Middle East. He held several meetings with the leaders of Jordan, Qatar and Saudi Arabia, and then went to Israel.

In 2018, Kushner continued to develop the plan for the Palestinian-Israeli settlement.

Until 2016, Jared Kushner belonged to one of the wealthiest New York families. Now the Kushner family has also become the most influential one. According to Forbes, the total resources of the Kushners are estimated at $1.8 billion, of which the majority – $1.15 billion – are in real estate. In total, they own 1.2 million square meters of residential and commercial real estate in six states.

In addition to the 666 business center on Fifth Avenue, they own the Puck Building in Lower Manhattan, the AT&T building in Chicago, and others.

On March 31, 2017, the US administration disclosed information about the finances of the Trump team employees. Jared Kushner and Ivanka Trump have a combined net worth of $1.1 billion. Kushner was forced to resign from the 266 positions he had previously held in private business to hold a public office. However, reports specified that he still receives financial benefits from most of these companies.

Besides, Ivanka and Jared own a collection of paintings, the value of which is estimated at $25 million. Some pictures belong to the brush of young and promising artists.