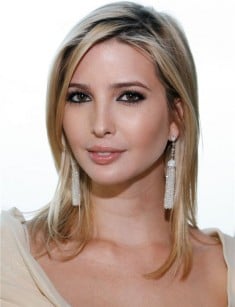 Ivanka Marie Trump is the oldest daughter of the 45th US President Donald Trump; since March 2017, she has been the Senior Advisor to the President.

Ivanka was born in October 1981 in New York into the family of Donald Trump and the model of the Czech origin Ivana Zelníčková. That marriage lasted for 15; there were three children in the family: the oldest son Donald John, Ivanka Trump, and Eric.

The parents paid for the daughter’s education but prepared her to count on herself only after the graduation.

Ivanka earned her first money when she was a student at the University of Pennsylvania. Her model appearance helped her gain her first salary. Many people believed her modeling future would be perfect: her weight was 64 kg., and her height was 180 cm. However, Ivanka was not satisfied with her position. In the 21st century, she seldom appeared on magazine covers as a model.

After the graduation, Ivanka tried herself in the real business. Naturally, the father helped her at the beginning of her career: he took her to one of his companies where Ivanka worked with real estate operations. The young woman was spent on business trips much time and visited Seoul, Toronto, New York, and other centers of the world trade.

In a while, Donald Trump put his daughter in the high-ranking manager team engaged in real estate business. Ivanka concentrated on her father’s diamond business: she transferred to the marketing department of “Dynamic Diamond Corp” which specialized on selling gemstones.

It seems like her father’s business sense and her mother’s modeling skills are combined in the woman. The young business lady founded her own jewelry company “Ivanka Trump Collection” and created the unique vision for wealthy businesswomen. Her products are intended for those women who like to pamper themselves. In a while, the budget collection sold via the Internet came out.

In the course of time, the firm expanded. The business lady took up producing female clothing and shoes; the company owner herself advertised the new items of her brand “Ivanka Trump.” Later, she admitted she had never bought shoes from other companies after she began to produce them.

In 2009, Ivanka Trump’s book came out; it continued to be the bestseller for businesspersons.

As Donald Trump saw his successor was successfully managing various tasks, he let her control the family business. Ivanka Trump started serving as her father’s assistant: she became the Vice President of Trump Entertainment; she is often called Donald Trump’s right hand.

During the presidential elections in 2016, Ivanka Trump assisted to her father. Some people even called her the first lady instead of Melania Trump, Donald’s wife, who preferred to stay in the shadow. Throughout the campaign, the young woman was always accompanying her father at all public events.

Ivanka always demonstrated her impeccable taste. In the last few years, she chose her trademark style and became the icon of fashion for many Americans. Minimalistic light-colored dresses, pumps, and Charlotte bags are her favorite items. Ivanka’s perfect skin confirms she takes care of herself; according to professionals, the changes of her appearance imply plastic surgery.

On the inauguration day, Trump’s daughter was wearing the snow-white Oscar de la Renta costume. Ivanka looked so attractive that even Bill Clinton was gazing at her without noticing his wife Hillary Clinton’s angry look.

For the ball, the young woman chose the opalescent Carolina Herrera dress. After her father’s victory, Ivanka’s husband became the Senior Advisor to the President, and the family moved to the prestigious district of New York Kalorama. Nowadays, Jared and Ivanka’s house neighbors the apartment of the former US President Barack Obama.

In October 2009, Ivanka married to the businessman Jared Kushner whom she had been dating for a year. The young people met due to a real estate agent who organized their meeting; the young people were supposed to agree on some business terms but fell in love with each other. Jared is the son of Charles Kushner, the billionaire and the leader of a large Jewish community in New York.

At first, the lovers kept their relationship in secret because the young man’s father was the virtuous Jew and looked for a Jewish wife for his soon. However, Ivanka acted wisely. Before marrying the businessman, she converted to Judaism and demonstrated her respect for her future husband’s faith. After the conversion, the young woman got the name “Jael.”

The wedding ceremony took place in the Trump National Golf Club. More than 500 guests were present at the ceremony including the Hollywood stars Natalie Portman and Russell Crowe. The bride was wearing the Vera Wang dress which was later compared to Grace Kelly’s wedding dress.

Ivanka Trump’s personal life is happy. There are three children in her family: Arabella Rose, Joseph Frederick, and Theodore. The youngest son was born in March 2016.

Jared’s grandparents were Belorussian Jews from Grodno; they met in a partisan unit during the Second World War. They were engaged in saving Jews; each year, their son goes to Belorussia together with his children. Charles is going to build a memorial in honor of the Holocaust victims. This fact was made public not so long ago and provoked rumors about the help of the Kremlin in making Trump the US President.

Jared and Ivanka respect Jewish traditions and spend each Saturday in the family circle. To isolate themselves from work, the spouses turn off their phones. Jared and Ivanka asked the rabbi for Donald Trump’s inauguration permission because the event took place on Friday and could last until the midnight; from Friday evening, Jews are not allowed to use transport.

As the member of Donald Trump’s team, Ivanka concentrates on politics today. Since March 2017, she officially became the Senior Advisor to the President; she is paid no salary.

Together with her father, the woman visits friendly countries; she went to the G20 summit. In May 2018, she and her husband visited Israel where they met Prime Minister Benjamin Netanyahu. On her personal Instagram page, Ivanka posts photos from various events. 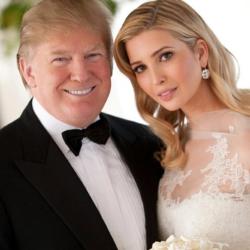