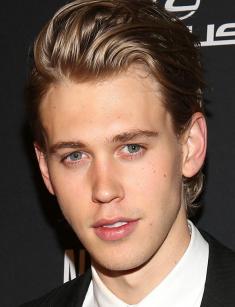 Austin Robert Butler is a rising Hollywood star who became famous for the series Zoey 101, Switched at Birth, Life Unexpected, The Carrie Diaries, and The Shannara Chronicles.

The would-be celebrity was born in Anaheim, South California, on August 17, 1991. The boy’s parents, Lori Anne and David Butler, liked to participate in movies, although Lori worked as an accountant. Austin has Finnish roots from the maternal line. Austin has an elder sister, Ashley, who also started her career in cinematography early.

Butler did not think about movies. However, when he was 13, a PR agent of Orange County Fair noticed him at a local trade fair and invited him to a small commercial project.

The debut was successful, and Austin started promoting himself on the screen. He turned to home-schooling and took up acting classes. At the same time, the young man learned how to play the guitar and piano; later, these skills proved to be useful. At the age of 15, the artist graduated as an external student and devoted himself to show business.

Austin debuted in the teenage sitcom Ned's Declassified School Survival Guide and played Lionel Scranton for two years. The role in the popular short movie The Faithful was the first significant work; many invitations followed. Austin participated in Hannah Montana, Wizards of Waverly Place, Out of Jimmy's Head, iCarly, and Zoey 101 and proved to be a promising young actor.

For the next two years, the artist played in episodes. Finally, he received the lead role in the fantastic comedy Aliens in the Attic by John Schultz. The family movie grossed at $57 million and made the cast internationally famous.

The tall (6 ft. or 183 cm.), fair-haired young man with a charming smile caught directors’ attention. He was offered to participate in the popular series Life Unexpected and The Defenders.

In the late 2000s, Butler combined acting and music; his works often appeared in TV movies as soundtracks. In 2007, the single “Whatever My Love” appeared in the sitcom iCarly; in 2009, the songs “Possibilities” and “Life I Love You, Not” came out. The American actress and singer Alexa Vega (Sin City: A Dame to Kill For; Spy Kids) helped him. Austin considered focusing on music, but the love of acting was stronger.

In 2011, Austin Butler met the actress and singer Vanessa Hudgens. The young people spent four years together and visited all social events together; Hollywood saw them as a perfect couple.

Austin and Vanessa have their own Instagram pages where they post touching photos of each other. At the end of 2016, the media announced the couple broke up. The young people separated for a while and eventually made amends. Today, they look happy together.

The actor continues to participate in exciting projects and extend his filmography. In 2017, the second season of the fantasy series The Shannara Chronicles based on Terry Brooks’s novel came out; the series was filmed in New Zealand. In 2018, the actor participated in the comedy Dude. 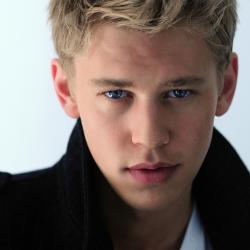