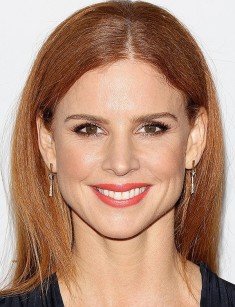 Sarah Gray Rafferty is an American theater and movie actress. She has gained popularity in Russia and the countries of the former Soviet Union after the release of the series legal drama Suits on the TV. Sarah as the character of the mysterious secretary of the influential New York lawyer Harvey Specter has become the favorite personage of millions of TV spectators. The producers of the series were right to promote Rafferty’s character in the sixth season.

In her filmography, Sarah Rafferty has thirty movies and series.

Sarah Rafferty was born in December of 1972 in the northeast state of the USA – in Connecticut. The future star of Suits spent her childhood in the town of New Canaan. Sarah is the youngest of four children of Michael and Mary Lee Rafferty. She has been dreaming about the acting industry since early childhood. The parents encouraged their daughter’s fancy for the acting. There was the creative atmosphere in her parents’ house: her father - a successful financier, was painting in his free time. Her mother was an English teacher at the private school for girls in Greenwich.

Sarah Rafferty has had a long path to the art. Her serious attitude to the future profession made her receive a high-quality education. At New York Hamilton College the girl got the certificates on two degrees: on English and Fine Arts. After Sarah had completed her studies in the education, she received her degree with honors.

But Rafferty hasn’t stopped on the achieved. The red-haired American young girl has set off for London where she has been improving her professional skills on the stage of the theater of the Oxford University. After Sarah Rafferty had returned home, she entered at the Yale University in Connecticut. Here she has graduated from the faculty of the Dramatic Arts.

Sarah Rafferty began her cinematic career in 1998: the beginning actress performed in the episode of the movie Trinity, but her name didn't appear in the credits. But next year the luck was with the actress - she was entrusted with the role in the American procedural (each episode has a new plot) series Law & Order. Sarah Rafferty began the new millennium with the part of Amy in the American-Mexican comedy melodrama Mambo Café.

In 2001 the girl took part in the episode of the detective fighter Walker, Texas Ranger. In this movie, Chuck Norris performed the leading role. The years 2002 and 2003 didn't become a breakthrough for the actress. Sarah Rafferty appeared in the episodes of the medical procedural series Third Watch, the police series CSI: Crime Scene Investigation, the drama Without a Trace and the noir comedy Six Feet Under. In the American legal drama, The Practice actress was entrusted with the episode: she performed the character called Judy Wilson.

In 2004 Sarah Rafferty appeared on the screens in five projects. The police TV series CSI: Crime Scene Investigation and the comedy-drama with fantastic elements Charmed have become the most high-rate series. During the next two years, Rafferty hasn’t received any tempting offers from the directors: Sarah was entrusted only with the secondary or episodic roles. She has been improving her acting skills in the series Pepper Dennis, Samantha Who?, and in the pictures Falling for Grace and Football Wives.

The role of the American actress in the drama of What If God Were the Sun? Directed by Stephen Tolkin has become a significant event in her cinematic career. The movie tells about the young nurse who couldn’t say goodbye to her dying father because of her busy working schedule. This movie has touched thousands of TV spectators. Sarah Rafferty has received the remarkable role of Rachel Eisenbloom.

In 2009 Sarah Rafferty performed a bit role in the American detective series Bones and Numb3rs. The next year she received the role of Gloria Pierson-Davenport role in the family drama Brothers & Sisters. Such Hollywood stars as Sally Field, Calista Flockhart, Rob Lowe, and Rachel Griffiths took part in this movie. All of these actors are nominees or winners for Golden Globe and Academic Awards. The role in this project has helped Sarah to reach the new level of the acting skills and her role in the family comics hasn't brought her the long-awaited popularity.

The year 2011 was critical in the career of the red-haired actress. Sarah appeared in the bright role of Emily in the comedy Small, Beautifully Moving Parts directed by Annie Howell and Lisa Robinson. It was the American legal series Suits directed by Aaron Korsh which brought her popularity. Gabriel Macht, Patrick J. Adams, Rick Hoffman, Meghan Markle and Gina Torres performed the major roles. Rafferty also joined this great and talented cast. Without Rafferty's character - Donna Paulsen the series would be probably less bright.

The secretary of the successful Manhattan lawyer Harvey Specter, the acute and smart Donna who knows everything about everyone has become the favorite character of millions of fans of the series. Her phrase "Because I’m Donna" has become winged.

The legal series has received the nomination of TV Guide Award and People's Choice Awards nominations. The series was called the most favorite dramatic comedy of 2014. On Rotten Tomatoes website the third season has earned the rate of 88 percents. In the summer of 2016, the producers have decided to prolong the project for the 7th season. The new season was premiered in 2017, and it brought together a million army of the fans at the screens. The magnificent Donna Paulsen played by Rafferty has again delighted the spectators with her brilliant acting.

Sarah Rafferty got acquainted with her future husband at Yale School of Drama. Aleksanteri Olli-Pekka Seppälä has won the heart of the red-haired beauty with the help of his erudition and ability and great courting. Aleksanteri is a stock analyst at Lazard Frères & Company in New York. The wedding was celebrated in the summer of 2001 in Greenwich, a native place for Sarah Rafferty. The solemn ceremony was held at the Roman Catholic church of St. Mary.

The spouses live taking care of three houses. In California Sarah's husband has an investment business. Here the actress takes part in the shootings. Also, the family has a house in Toronto where Rafferty often appears on the movie set. The actress’s parents live in Connecticut where the actress stays with her children.

Sarah Rafferty and Aleksanteri have two children: daughters – Oona and Iris. The actress gave birth to her first daughter in 2007, and the second daughter was born in 2011. The actress has to spend a lot of time without her children and family because of the frequent travels and shootings. Though, Sarah’s husband supports her and looks after their daughters in the absence of her mother.

The admirers can see the family photos of Sarah Rafferty on her page on Instagram. Here regularly appear Sarah’s photo reports about her news and career. The fans simply adore the actress for her talent, skills and vibrant appearance. Being 1,75 cm tall the star of the series Suits weighs 58 kilos.

Sarah Rafferty and her husband are active participants of the charity actions. In 2017 Rafferty has showered herself with the cold water in support of the patients affected by amyotrophic lateral sclerosis. Her husband Aleksanteri was shooting this on video.

The judicial series has already reached Australia. At the beginning of 2017 Sarah Rafferty and Rick Hoffman - the incomparable Louis Litt, visited Australia to acquaint the TV spectators of the Green continent with the series Suits.

The stars of the project took part in the airs of popular Australian shows and programs, gave interviews to the journalists, visited local sights, where they took photos with their colleagues and fans. Rafferty and Hoffman visited the popular Guillaume restaurant in Sydney with wonderful views. The pictures from the Australian travel appeared on the Instagram pages of Sarah and Rick. 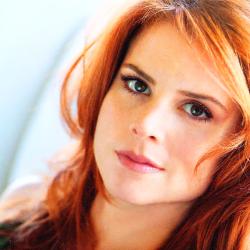