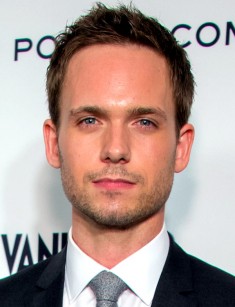 Patrick J. Adams is a famous Canadian actor who has become known to the world TV spectators mainly due to his series roles. For many years Patrick has performed the secondary characters in the popular series. Despite this fact, the movie lovers have remembered him as a versatile actor. In 2011 Patrick got this luck when he has taken part in the legal drama Suits. In such a way he has attracted public attention to his person.

Patrick J. Adams was born on the 27th of August, 1981 in the largest town of Canada – in Toronto, in the Province of Ontario. He was born in the family of the journalist Claude Adams. Here the boy has graduated from the Northern Secondary School. He has been studying not only humanitarian and exact sciences but also has comprehended the basics of the acting skills as hr often performed on the stage of the improvised school theater.

However, Patrick wasn't thinking about connecting his life with the acting industry.

His participation in the sketches and plays was just a pleasant hobby for him and a way to relax from the educational fuss. When Adams turned nineteen, his parents decided to live apart and later filed for the divorce. The mother of the future actor, a native of the USA moved with her darling child to Los Angeles.

Los Angeles is a center of the movie industry where the "factory of the stars" is located. No doubt, that this town has influenced the young man positively, as he wanted to become the new star in the world of cinematography. That’s why the guy has filed the documents to the prestigious University of Southern California without hesitation and has graduated from it earning the Bachelor of Fine Arts.

Patrick J. Adams had his debut in front of the director's cameras in 2003. It was the American comedy Old School directed by Todd Phillips. This film narrates the unusual life of the guy Mitch who has left his girlfriend and tries to give his life a fresh start and founds the students' fraternity. Patrick has received an episodic and insignificant role. Though, the beginning actor was lucky to work on the same movie set with the world-famous actors, such as Luke Wilson, Vince Vaughn, Ellen Pompeo, Natasha Lyonne, and other celebrities.

After his first role, Patrick began to act in the series more and more often. These series were broadcast on the American TV channels at the prime time. Among these series, there were the following pictures - Jack & Bobby (2004), Cold Case (2004), Strong Medicine (2004), Numb3rs (2006), Friday Night Lights (2006) and others.

Though Adams didn’t receive the roles of the leading characters, the young man wasn’t in despair and was waiting for his triumph. It’s noteworthy that Patrick was lucky to take part in the robinsonade under the title Lost. This series has become a cult in a short time.

In 2009 Patrick performed the role in the Cupid directed by Rob Thomas. This comedy tells the story about the difficult young man called Trevor Pierce (Bobby Cannavale). The leading character presented himself to the psychologist Dr. Claire McCrae (Sarah Paulson) as Eros and told the story that he had been banished by Zeus from the Olympus for his arrogance. That’s why he is trying to carry out his divine duties on the earth.

The same year the Canadian actor performed one of the major roles in the comedy Weather Girl (2009). The blonde Sylvia (Tricia O'Kelley) is in the center of the plot. On the air, she is telling about the forth-coming rainfall, and she has learned about the betrayal of her boyfriend.

Moreover, J. Adams has taken part in the psychological detective story Lie To Me (2009) in which Dr. Cal Lightman can distinguish the truth from lies just looking at his interlocutor. Patrick was lucky to work on the same movie set with Tim Roth, Kelli Williams, Monica Raymund, Hayley McFarland, and Brendan Hines.

In 2010 Patrick appeared in the series Pretty Little Liars. The youth drama takes the viewers to the story of four girls who try to find out the secret of their missing friend Alison. Besides Adams, Troian Bellisario, Ashley Benson, Holly Marie Combs, and Ian Harding took part in this series.

The next year charismatic Patrick J. Adams was lucky enough to receive the leading role in the popular judicial drama Suits which is broadcast on the American USA Network cable channel. After the participation in Suits Patrick has begun to have a million army of fans and has received universal recognition and popularity.

In this series, the Canadian actor has tried himself in the image of Mike Ross who was dreaming of becoming a lawyer. Though, he was expelled from the university because he tried to sell the students the correct answers for the Maths test. Though Mike has a phenomenal memory and extraordinary mental abilities, because of the fatal mistake he has to earn his living by a part-time job. However, the meeting with the brilliant lawyer Harvey Specter (Gabriel Macht) and Rachel Zane (Meghan Markle) has cardinally changed his destiny.

It’s noteworthy that Patrick J. Adams has got an individual award for his role in the series Suits and has also been nominated for the Screen Actors Guild Awards (for Best Actor in the drama series).

In 2012 Patrick J. Adams had again enriched his filmography and had transformed into the character of Nathan Israel in the drama series Luck. This series tells the story about the speculator Chester Bernstein (Dustin Hoffman) known under the nickname of Ace who after getting out of the jail plans to carry out the grandiose scam.

Two years later the actor played the leading role in the horrific mini-series Rosemary's Baby (2014). The plot of the thriller is told around Rosemary Wodehouse who is sure that her neighbors are the members of the evil cult. Except for Patrick, Zoe Saldana, Carole Bouquet, Christina Cole, Jason Isaacs, and Olivier Rabourdin performed in this picture.

The same year 2014 Adams enriched his filmography with the role in the science-fiction TV series Orphan Black. In this series Tatiana Maslany, Jordan Gavaris and Dylan Bruce played the parts in this picture.

Patrick J. Adams prefers not to share the details of his personal life with the journalists. He prefers to keep his private life in a secret.

However, the paparazzi who were looking forward to the sensations made the conclusions that the actor was meeting his colleague Troian Bellisario as the young people were spending time together.

So the truth has finally come out, and the fans of the Canadian actor began to predict the future wedding day.

The actor hasn’t disappointed his devoted admirers and has made a proposal to Troian, and she has accepted it. On the 10th of December, 2016 the loving couple got married in California. One could see the photos from the wedding on the official Instagram page of Patrick's wife. It's also known that in his spare time Adams likes taking photos, collecting cameras and playing sports.

In 2016 Patrick was entrusted with the episodic role in the series Legends of Tomorrow and also performed the role in the drama Car Dogs. There is information that in 2017 Adams continues to take part in the series Suits which will last till 2018.

Moreover, the actor added to his filmography the role in the comedy Room for Rent which was released in 2017. Brett Gelman, Mark McKinney, Stephnie Weir, Steven McIntyre, Mark Little, Erik Atkhavale and other movie stars performed roles in this picture. Besides, by rumor, Patrick together with Bellisario will take part in the fantastic movie Clara. The date of its release hasn’t been announced in the mass media yet. 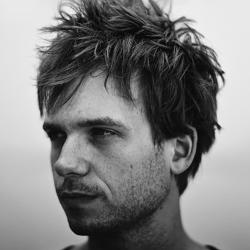