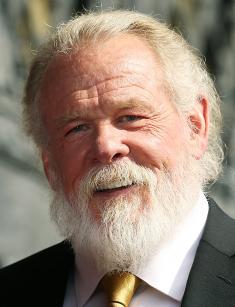 The life of the Academy Award nominee Nick Nolte is like a roller-coaster: critics shower the actor in favorable reviews at some point, and he gets drunk with Gérard Depardieu and goes stripping in Carlton Hotel later. The man’s long addition influenced his work, yet alcohol and drugs have not defeated him. The famous action movie actor in the 1990s, Nick Nolte drew much attention in 2018.

Nick was born on February 8, 1941, in Omaha. The boy had an elder sister, Nancy. The future actor’s mother worked as a salesperson in a local department store; after a working day, she would relax by means of alcohol and tranquilizers. Nick’s father, who had been injured in the war field, preferred to ignore his wife’s behavior.

Despite the tense home atmosphere, Nick was a friendly young man. The teenager loved soccer and received a scholarship thanks to his hobby. In 1962, Nolte entered a college in Pasadena.

The talented athlete rarely appeared in a classroom; later, he dropped training. The young man liked to spend time with musicians and free artists who gladly shared drugs with him.

The college administration did not tolerate it; Nick was deprived of the scholarship and expelled. Later, the young man tried to study in three American institutes, but each time, he was kicked out: he did not want to work on his academic results.

To earn his living, Nolte got hired as a handyman at a construction site. This is where the modeling agent Henry Wilson noticed the charming young man. Nick listened to him and began to work on commercials; at the same time, he participated in auditions at movie studios.

Nick played secondary characters for almost 14 years. To improve his acting skills, he spent his money on drama classes and also saved something on booze and drugs. Thanks to the Stella Adler Academy diploma, Nolte found a job in a provincial theater and personified characters from classic works.

In 1976, the actor gained the first notable role in the movie Rich Man, Poor based on Irwin Shaw’s novel under the same title. This project turned Nick’s life.

In the next movie, The Deep, Nick proved to be a talented actor capable of playing serious, original characters. The 1982 movie 48 Hrs. with Eddie Murphy brought him the international success; both critics and ordinary people appreciated this comedy action movie.

People around were aware of Nick’s addiction. The actor joined an AA to keep his job. The clean period was marked with rapid career development. Nolte got the title of the Sexiest Man Alive by People magazine. The movie Cape Fear was also popular; the actor played a lawyer Sam Bowden. However, the bad habit manifested itself again.

In 1994, the actor co-starred with Julia Roberts in the movie I Love Trouble. The actors who personified screen lovers hated each other so much that they were filmed in some scenes separately. The atmosphere was tense; as a result, Nick’s alcoholism caused a slip.

Work gave the actor the chance to get out of the drunk tank. He switched from commercially successful projects to independent movies. One of them, Affliction, was particularly challenging: Nolte played a drinking police officer.

When the actor had to play emotional, stressful roles, he appeared at movie set drunk. However, at this time, he managed to control himself. The project was nominated for the Academy Award, Satellite Award, Golden Globe, and Independent Spirit Awards.

The obsession with alcohol was replaced by the healthy lifestyle cult. Today, Nick takes care of his health and spends much time working. The artist has tried himself in voicing.

The 2011 movie Warrior brought another nomination for the Academy Award; many viewers appreciated the secondary role of the former alcohol addict.

Nick married for the first time in 1966; his colleague Sheila Page became his wife. By that moment, the woman had had two sons. In 1970, the couple divorced. However, the actor continued to communicate with his grown-up stepsons.

The second marriage was short-term: in 1978, the man married Sharyn Haddad to divorce her five years later. The next year, in 1984, Nick married Rebecca Linger. They spent ten years together; the son Brawley was born.

In 2000, the actor met Clytie Lane. Their daughter Sophie was born in 2007. The next year, Nick listened to his lover and joined a Krishnaite group; the new devotion helped him get rid of alcoholism. In 2016, Nick and Clytie married officially.

In February 2018, the book Rebel: My Life Outside the Lines was published; the actor shared his own story. Critics including the Washington Post observer appreciated the memoirs.

In 2017, rumors had it that new stars were going to appear in the Hollywood Walk of Fame: Jennifer Lawrence, Zoe Saldana, Mandy Patinkin, and Nick Nolte. In 2018, the movie The Padre starring the actor came out.

Another 2018 project, Head Full of Honey, was a significant achievement. It is the remake of the German tragedy that tells the story about an old man with Alzheimer disease; Nolte gained the lead part.

In 2019, the movie Angel Has Fallen will be premiered.

Nick likes to spend his free time with his daughter. He confessed in his interview that the girl calls him a grandfather on the public: she is uncomfortable with having the aged father. The actor reads every day, eats healthily, and avoids watching TV. 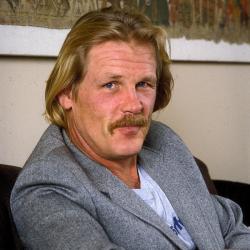